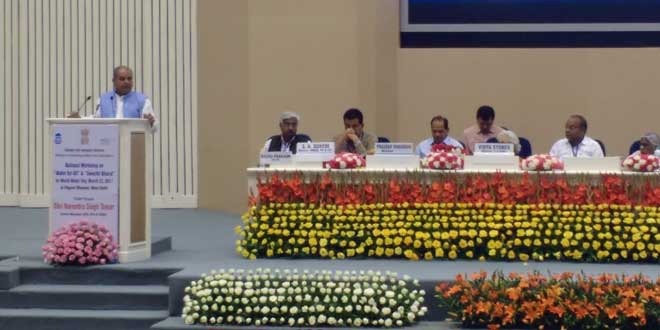 A popular anecdote in Gujarat tells the story of how Mahatma Gandhi was once filling up a bucket of water from the river Sabarmati, to take a bath. On seeing him filling his bucket half, a passerby asked him why he filled only half of the bucket since there was no dearth of water in the river. Gandhi said that he filled only as much as he needed since the river belonged to all and though water was available aplenty, wasting it would be wrong.

From this anecdote, it almost seems that Mahatma Gandhi had foreseen the water crisis India would face years later. The water shortage we are facing is getting more acute, especially in rural India, where 63.4 million people live without access to clean water. This has led to several severe health and sanitation problems. To tackle the growing seriousness of India’s water problem and to promote awareness among people, the Ministry of Drinking Water and Sanitation held a workshop on “Water for All’ and “Swachh Bharat” on World Water Day, 22nd March, at New Delhi.

There should be more awareness among people to conserve and not waste clean water. Some of our daily habits like washing our hands for long and drinking half a glass of water and throwing away the rest result in litres of clean water being wasted every day. We must take into account the plight of those who face great difficulty in accessing clean water and try save as much water as we can, said Narendra Singh Tomar, Minister of Rural Development, Panchayati Raj and Drinking Water and Sanitation.

The Union Government has focused on providing clean water and proper sanitation facilities since it launched the Swachh Bharat Abhiyan in October 2014. Apart from focusing on eradicating open defecation, the campaign also focuses on making clean water accessible to Indians. However, the extent of pollution in rivers like the Ganga and Yamuna, an over dependence on groundwater and poor water storage infrastructure has resulted in major water deficiency, especially for rural Indians. 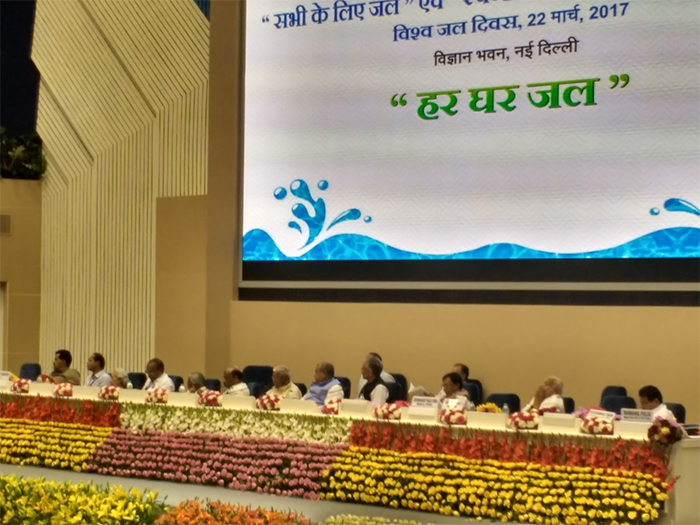 The panel at the World Water Day workshop

The Ministry of Drinking Water and Sanitation launched the WaterApp, developed in collaboration with National Informatics Centre, to mark the occasion of World Water Day. This app will allow government departments and citizens to keep track of water supply projects across India and their status. Users can also check out water delivery points and water sources, using the app.

We have taken several initiatives on behalf of the Ministry of Drinking Water to ensure that clean water reaches every household in India. We have introduced UG and PG courses on water management to ensure that more professionals emerge with the knowledge of how to manage water. We also plan to engage third parties such as NGOs to monitor ongoing water projects and schemes. The primary focus is to provide 100 per cent piped water supply in rural areas, said Parameswaran Iyer, Secretary, Ministry of Drinking Water and Sanitation.

India’s vast geographical topography and varying state sizes have also contributed in the sluggish results of rural water supply schemes. Smaller states such as Himachal Pradesh and Sikkim have relatively better rural water supply, whereas larger states like Madhya Pradesh and Bihar have struggled to provide clean water to their rural population. As per data from the ministry, 3,662 lakh habitations in Himachal Pradesh have been provided with safe drinking water while the number is only 1,190 for Bihar. States with difficult terrains have also been challenging for implementation of the ministry’s schemes. Arunachal Pradesh could cover only 40 habitations due to its rough terrain and delayed distribution of funding from the Union Government. 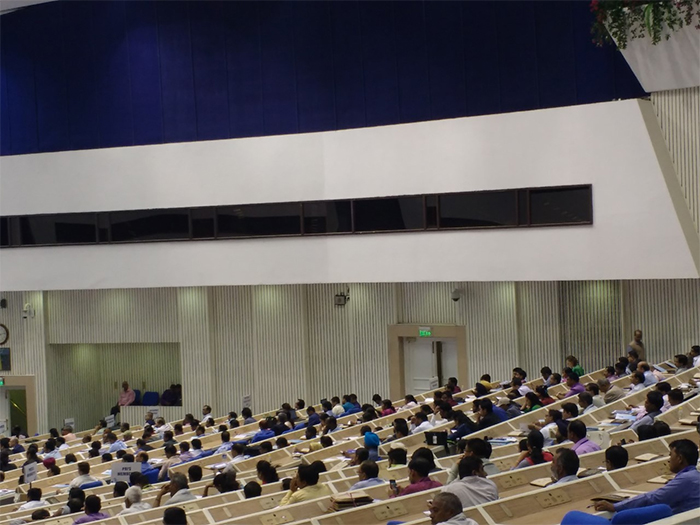 Some states like Sikkim have undertaken unique initiatives to conserve rainwater. Sikkim, which already holds the distinction of being the first open defecation free state of India was hailed for its water conservation methods as well as for its focus on sanitation, thus taking progressive steps towards fulfilling the Swachh Bharat dream.

We are state with a population of 7 lakh, which receives more than 20 lakh tourists every year. Sanitation and clean drinking water have always been priorities for us. Since we receive rainfall for 6 months every year, we identified the recharge areas of water springs and directed the rainwater towards those areas. Gradually the rainwater was stored in those areas and simultaneously, the springs began supplying water, said Sher Bahadur Subedi, Minister of Rural Management and Development, Sikkim.

Tomar urged that to combat the water crisis in rural areas, the central government, the state governments and the several NGOs which work in water depleted areas to come together. The physical progress of water projects often goes unmonitored, resulting in incomplete data with regard to how much work has been done. The Union government would track progresses in real time and regularly update the date of completion to ensure that projects undertaken by the Ministry are completed on time.

Our goal of supplying water in rural areas is also met by numerous challenges. Arsenic laden water in West Bengal and Fluoride laden water in Rajasthan are challenges we are looking to combat, using updated purifying technology. By 2021, water in these two states will be arsenic and fluoride free. Similar to the success of the Swachh campaign, the drinking water campaign will ensure that every household in India receives clean and hygienic water in the coming days, said Tomar.