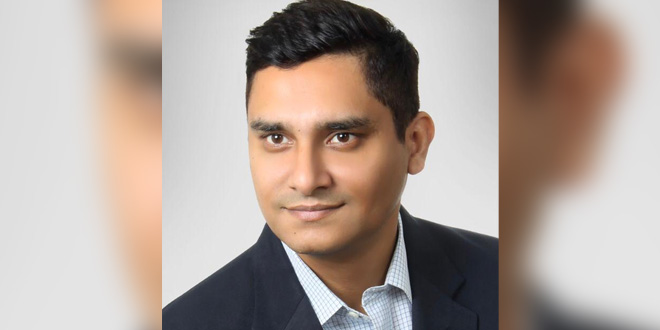 New Delhi: At the recently held First National Award Of Transgenders 2021, the Lifetime Achievement Award for Organizational Contributions was awarded to Ravi Bhatnagar. Mr Bhatnagar is currently working as Director, External Affairs & Partnerships, South Asia, Reckitt, but his involvement with the cause of the transgenders goes back to the 90s when he was in college and happened to meet Ashok Row Kavi, a journalist and LGBT rights activist, who founded the Mumbai-based NGO Humsafar Trust in 1994.

Also Read: Here Are The Winners Of The First National Transgender Awards 2021

Ashok Row Kavi invited me to visit him in one of Mumbai’s slum. He had said ‘I want you to see the other part of the world, which is very much neglected.’ There I saw the transgender community walking the ramp of some fashion show for the very first time. It was very fascinating. But, I still couldn’t understand my role, until the deeper communications started – like their rights, health rights, sexual health rights, reproductive rights, lands rights and many other things. And from there I founded my journey.

Soon after, Mr Bhatnagar started working with the Gujarat State AIDS society, where he got the opportunity to train 300 plus civil society organisations on the issues of LGBTQ+ population. He then met Laxmi Narayan Tripathi, Transgender Rights Activist and got her to Gujarat to deliver the first lecture in the state on the issues related to the transgender community. From there on there was no looking back for Mr Bhatnagar, who then started working for the health initiative on essential drugs and medicines for the treatment of AIDS. He says,

I have always believed in the concept of leaving no one behind. The healthcare is a basic right and not a privilege. Anyone and everyone, even people at the last mile should get the opportunity to access the services available.

Also Read: In Season 8, We Are Taking A 360° Approach To Include All: Ravi Bhatnagar

Speaking with NDTV about his journey, work and what made him join the cause of Transgender, Mr Bhatnagar said,

There was a time when being a transgender was seen in just two ways, one as people who give blessings to a new born child and second as people who beg on the streets. There were also no other opportunities for them. It was looked as a subject with huge taboos, no one even wanted to speak about them, their rights…The whole community was seen as if they are the ones who are spreading HIV disease. The problem was so huge that HIV well before it was called AIDS, used to be known as GRID, which was Gay Related Immune Deficiency. So, someone had to actually stand up for them and change the reality. There is a huge change that has happened over last few decades and everyone has put in their own efforts to bring the change. I myself have been a very active member in the whole journey. I have helped identify the champions in the community, trained them, invest in them, trained them on a management skills and more. I was fortunate enough that during my work, I have been able to nurture 100 plus community based organisations who work with the transgender community.

Mr Bhatnagar’s current stint with Reckitt has provided new opportunities for him to address the issues of the community.

I met Reckitt’s global CEO Laxman Narasimhan in London. The first communication we had was about what they are doing in India with their brand Durex and the intention to start something really big with whole LGBTQ+ population in focus in the country. We came together and started the programme with the Humsafar trust with an aim to reach out to over 1 million LGBTQ people in India in three years. Through the programme, we are supporting mental health, sexual health and sexual well-being and food security. We are seeing what can be done online and offline so that maximum people can be benefitted. The focus is on how can we leave no one behind and through our endeavorers and initiatives make the community become more visible.

Apart from being vocal about rights and equal health opportunities for transgender community, Mr Bhatnagar, has been at the forefront of implementing various programmes in Health, Hygiene and Nutrition in India’s aspirational districts across multiple states.

He has also been a leading voice in the field of sanitation and WASH practices. Mr Bhatnagar has been instrumental in the establishment of India’s first World Toilet College in Rishikesh that aims to train the manual scavengers free of cost; with modern techniques in the area of sanitation and cleaning, which would ascertain a better life for them.

Currently, Mr Bhatnagar is hoping to open a Centre of Excellence for Transgender community in Vrindavan, Uttar Pradesh which will be up and live in the first quarter of 2022. He says there is a lot that needs to be done before we can say we have achieved equality.

India has more than 4 Lakh transgender people, it is a big number. We have to look and uplift their status in a 360 degree manner. We have to see their emotional, physical and mental wellbeing. The challenges these people face are enormous, the emotional trauma is huge. Through the programmes and initiatives, I am hoping to bring in some justice.

Too Soon To Decide If Omicron More Severe Than Delta, Be Cautious Ahead Of Festivals: World Health Organization