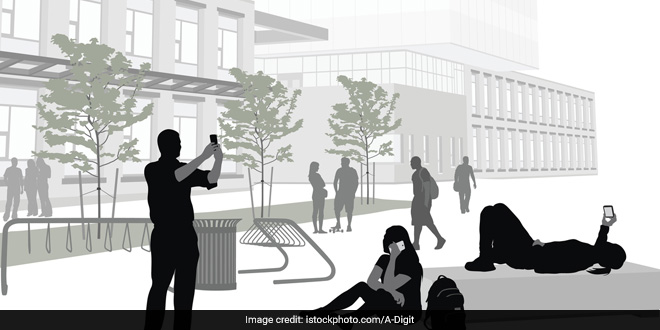 New Delhi: A government urban body in Jharkhand’s Jamshedpur is turning on ‘selfie-mode’ to spread the mantra of Swachhta in the city. The Mango Notified Area Committee (MNAC), one of Jamshedpur’s local body which covers the population of around 300,000 has announced a unique campaign until October 2, 2017 – Click a selfie with dustbins and win a smartphone. The Swachhta campaign is being undertaken as a part of celebrations for Gandhi Jayanti, (also celebrated as Rashtriya Swachhta Diwas) that will mark the three year anniversary of Prime Minister Narendra Modi’s mega cleanliness drive – the Swachh Bharat Abhiyan.

Today everyone likes to take a selfie, any good thing people see, the first thing they do is take a selfie with it. Now, no one will take a selfie with a bad, dirty thing, that’s when the idea triggered that we should start a selfie initiative with a dustbin. We have asked people of Jamshedpur to send in their selfies with a dustbin they have put up at their home and workplaces. This is our way to raise awareness about cleanliness in the city and make people aware of a simple fact that they should not wait for the government and authorities for putting up dustbins, this simple step towards cleanliness can be taken by them alone, said Sanjay Kumar, MNAC special officer.

MNAC’s officers have specially created a Facebook page, e-mail id and a WhatsApp number, for the ‘Selfie With Dustbin’ campaign, to encourage people of the city to send their selfies using any of these platforms. The last day for participation in this campaign is September 30.

A committee will then conduct a lucky draw of these selfies and three people will be given smartphones on Gandhi Jayanti and the first 50 selfies will also be given ‘Good Citizen’ certificates by the government for their contribution towards Swachh Bharat Abhiyan campaign in the city.

We are hopeful that the ‘selfie with dustbin’ campaign will spread awareness among people and they will start using dustbins at home and their workplace without depending on the authorities and government bodies to provide them with dustbins, added Sanjay Kumar.

However, this is not the first time MNAC has taken a unique way to spread the message of cleanliness. Last month, a physical survey was done at Jamshedpur’s market area by the local body to see how many shops have kept dustbins to maintain cleanliness. People who had dustbins in their shops were then rewarded with garlands.

Currently, apart from the ‘Selfie with Dustbin’ campaign, the local body is also carrying Swachh Matdan in schools – a children voting campaign where they are asked basic sanitation and hygiene questions, like ‘do you have the toilet at home’, ‘do you use toilet’ etc. The voting happens in all schools, almost every month in order to get the data and status about the sanitation of that respective area.

In the recently held Swachh Survekshan 2017, Jamshedpur was ranked 64 and bagged the ‘cleanest city of Eastern India’ title. Today, Jamshedpur is known for its cleanliness, thanks to such unique campaigns which are being aggressively adopted by its local bodies that are making its citizens aware of the most basic thing – why dustbins are important for cleanliness and litter free city.