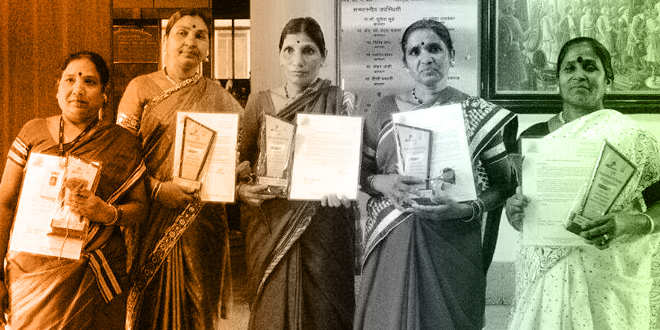 New Delhi: “They now call me ‘mausi’ (aunty) and offer me tea! I am no more a thief who was randomly picking waste from their colonies. What can be better than this?” said a happy Sarru Waghmare, a 53-year-old member of SWaCH who was excited to talk about her journey from being an informal waste-picker who used to wander for hours to find garbage that can be sold to recyclers, to being a uniform-clad door-to-door waste collector. As per her, along with an increase in daily income, being a member of SWaCh for the last 13 years, has empowered her and made her financially independent. SWaCH or the Solid Waste Collection and Handling Cooperative Society, a Pune-based organisation owned by more than 3,500 waste pickers was formed in 2007 with an aim to provide better sources of income sources by incorporating waste pickers into the formal set-up and promote the habit of waste segregation among the people of Pune city. The organisation is currently collecting door-to-door waste from over eight lakh properties – both residential, commercial and slums, across Pune.

Also Read: Not A Single Dry Leaf Should Be Burnt In India, Envisions This Pune Women Who Collects Dry Leaves For Composting 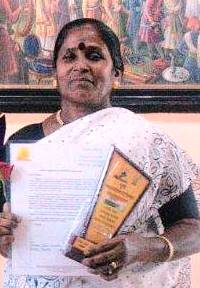 Earlier we used to start the waste collection from 5 am and kept on roaming and picking waste till 8 in the evening. We could only earn about Rs. 50 per day. After becoming a member of SWaCH, I started door-to-door collection. Now, we start our work from 7 am and are easily able to finish collecting waste by 12 pm. During the noontime, we segregate the collected waste into various categories like plastic, paper/cardboard, cloth, leather, metal, and others. After sorting dry waste, about once a week, it is taken to the scrap dealer and sold. With this practice, I now earn about Rs. 12,000 per month.

She, along with her husband and son, who are also working with SWaCH as waste entrepreneurs are able to cover 500 residential and commercial properties every day.

SWaCH is a good model and we have been in partnership with them since 2007. Initially, the waste pickers were not organised. They were collecting the waste, segregating it and selling it on their own. PMC and KKPKP collaborated and formed SWaCH cooperative organisation which formalised the work of waste pickers. While the entire administrative cost is being borne by PMC, waste pickers are being paid by customers and recyclers.

Talking about the impact SWaCH has brought in the lives of waster pickers, Dr. Ghatge said,

This model has certainly brought more dignity and respect to the waste pickers along with increasing their income manifold. They are the owners of the organisation and have become entrepreneurs in their own right. They also provide other values added services like home composting and housekeeping. They have much more knowledge and capability to take advantage of the circular economy (an economic system aimed at eliminating waste and the continual use of resources) and cash the garbage through recycling. It has helped in increasing the standard of living of the waste pickers.

She further said that because of SWaCH that comprises more than 80 per cent women members, now able to send their children in better schools. They get other social benefits from the organization like pension and insurance.

She also said that the SWaCH members have been able to bring a change in the attitudes of the citizens toward waste segregation. She said that since the collection is happening door-to-door, members are able to keep a check on the practice of waste segregation in a better way. 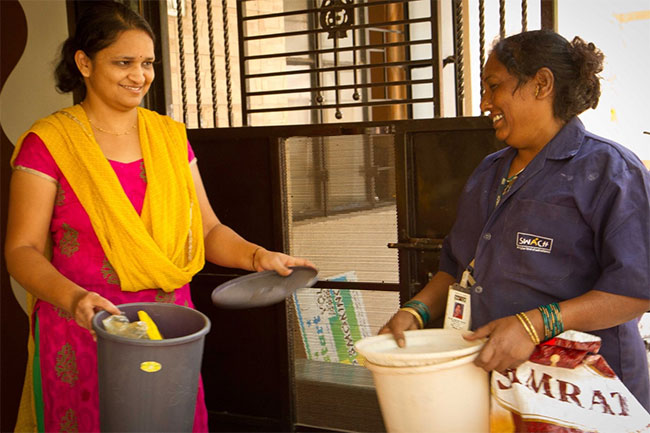 Suchisnita, another member of SWaCH said,

As per EnviStats India 2018, the metro city Pune, which has a population of 31.3 lakh, generates more than 1600 tonnes per day of solid waste. As per Suchinista, segregation is the key element in sustainable waste management. Explaining the importance of waste segregation at source, she said,

If segregated, about 60-70 per cent of wet waste can go for composting and be converted into biogas. Recyclable waste can be diverted by waste pickers to recycling. Thus, only a very small quantity of non-recycleable non-compostable waste will be sent to the already over-burdened landfills.

She further said that in the absence of segregation at source, more than 80 per cent of the total waste generated goes into the landfills and the mixed waste which is segregated by waste-picker by hand for recycling pose health-related risks to them like lung diseases, breathing disorders, skin diseases, infection and even cancer.

According to an estimate shared by SWaCH, every day it collects 650 tonnes of waste in the city of Pune, of which 3-5 per cent is a sanitary waste (diapers and pads). The waste pickers end up segregating 20 tonnes (roughly 20,000 kg) of sanitary waste every day by hands, which has become a serious occupational hazard. As per the organisation, unwrapped sanitary waste exposes waste-pickers to harmful pathogens like staphylococcus, hepatitis, E coli, Typhoid, among others. To keep waste handlers from the risks of mishandled sanitary waste, SWaCH waste workers started asking the households to segregate and mark their sanitary waste packets/papers bags with a visible red dot so that they know that it is sanitary waste and that it has to be treated differently. The practice is increasingly gaining popularity and as per Dr. Ghatge, the sanitary waste thus collected is sent to a waste-to-energy plant. 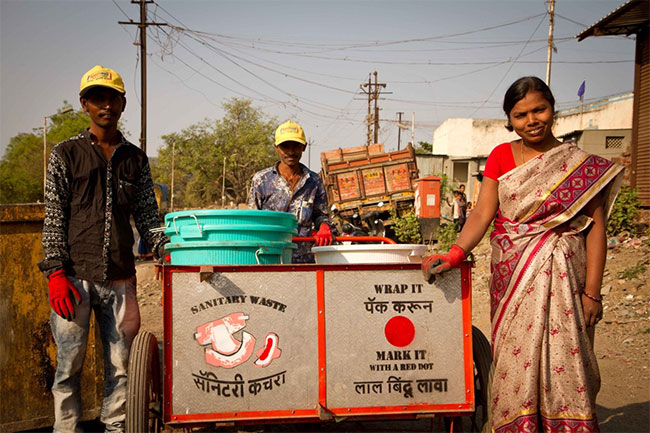 SWaCH Pune says that the organisation envisions India that is socially just, economically equitable, culturally plural, politically democratic, environmentally sustainable, peaceful and humane. For this, the organisation aims to engage a larger entrepreneurial workforce of waste pickers and incorporate them into an efficient and responsive structure in partnership with the Pune municipal corporation.

Also Read: In A Plastic Collection Drive, Residents Of Pune Deposit Over 7860 Kg of Plastic Waste In Just 3 Hours

Heroes Of Swachh India: Meet Chinu Kwatra, A Beach Warrior On A Mission To Clean All Beaches And Riverfronts In The Country