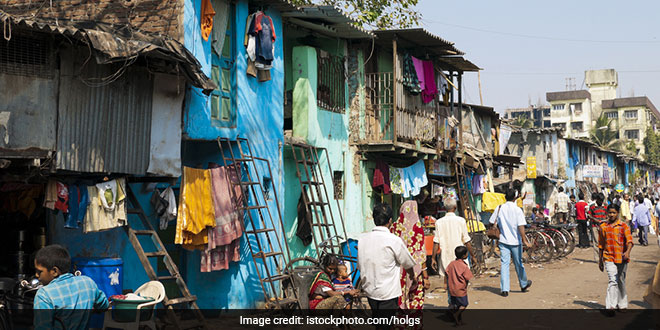 Mumbai: Imagine living in a place with piles of uncollected garbage raising a foul smell that eventually takes a toll on your health. To add to that, the sewages get choked with animals rummaging through it often causing an awful blackish sludge just outside your doorstep. While it must be hard to even comprehend such a situation for many, unfortunately this is the state of reality in India’s slum areas. To make Pune an exception, the Pune Municipal Corporation (PMC) waged a swachhta battle to free the slum dwellers from the shackles of health hazards.

The initiative was taken in collaboration with city’s largest waste picker’s cooperative, SWaCH (Solid Waste collection and Handling services) in 2017 with an aim to cover every basti (slum) of the city. Over 14 lakh people live in the 500 slum pockets of Pune and need waste management services.  With steps like door-to-door garbage collection and waste segregation, the authorities have successfully managed to prioritise waste management in one lakh houses of the total 2 and a half lakhs. 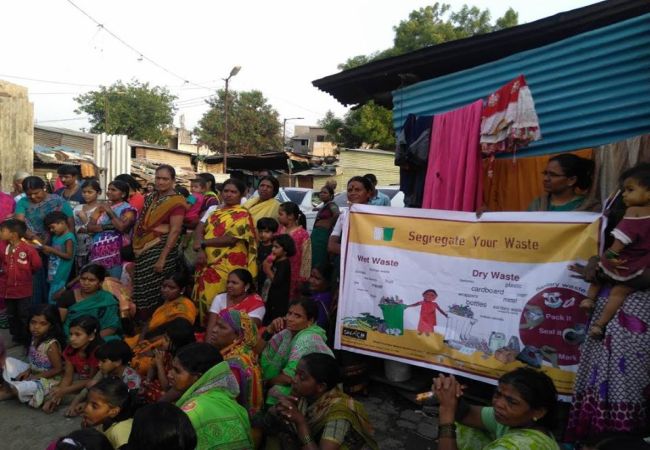 With less number of dustbins placed in the city’s bastis and an irregular garbage collecting facility in the slums, people often resort to discarding all their waste (dry and wet) within the area. As days turn into weeks, garbage gets accumulated forming into a mountain eventually. Taking into consideration the gravity of the problem, the waste picker’s cooperative and the civic were also instrumental in removing 150 such chronic garbage spots in last one year.

As per Solid Waste Management Rules 2016, every urban local body is expected to carry out door-to-door collection (DTDC) and transportation of municipal solid waste. Considering that it is the most viable option to ensure efficient waste management and segregation, the PMC approached the SWaCH. Suresh Jagtap, Deputy Commissioner, PMC averted that in addition to providing the health and sanitation to slum dwellers, the project would benefit the waste pickers in form of living wages. 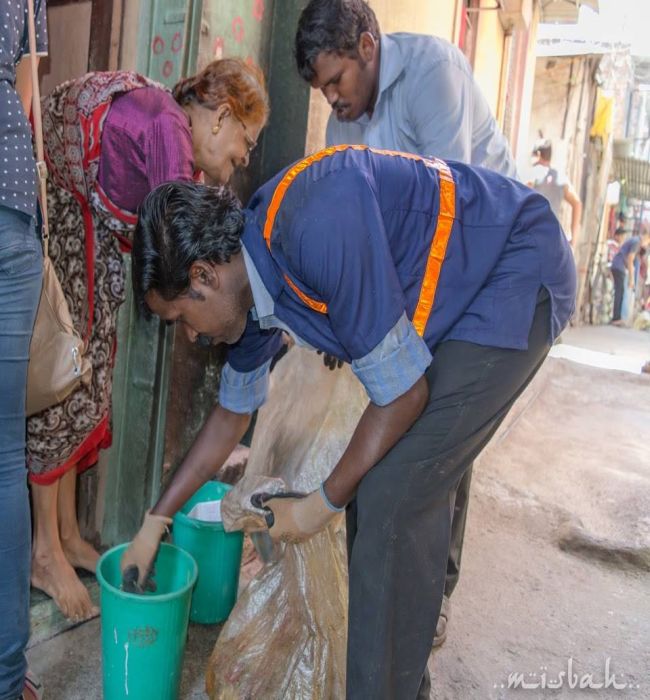 Also Read: Composting Via WhatsApp? These Puneiites Have Taught This Simple Art To 600 Families And Still Counting

“In Pune city, this is a crucial first step towards a more efficient waste management system to enable an efficient DTDC system and making it thorough and sustainable. We have been focusing on slums first and have been able to remove over a 150 chronic spots where garbage would otherwise collect,” said the commissioner.

The Journey Towards A Clean And Hygienic Future

Believed to be the most the neglected section of any sprawling city, slums often do not receive enough sanitation facilities. Slums are considered to be the biggest challenge for Municipal Corporation. From infrastructural problems, finance issue to attitudinal rigidness there are numerous obstacles one has to keep in mind while implementing the practice of waste management,” says Suchismita Pai, member of SWaCH.

In Pune, the waste collectors from SWaCH authorised by the PMC charge a monthly fee of ₹35 per household for collecting garbage as per the contract. Since most of the households cannot even afford the nominal fee they refuse to avail the services. And of the slum dwellers that opt for the services, many fail to separate dry and wet waste. 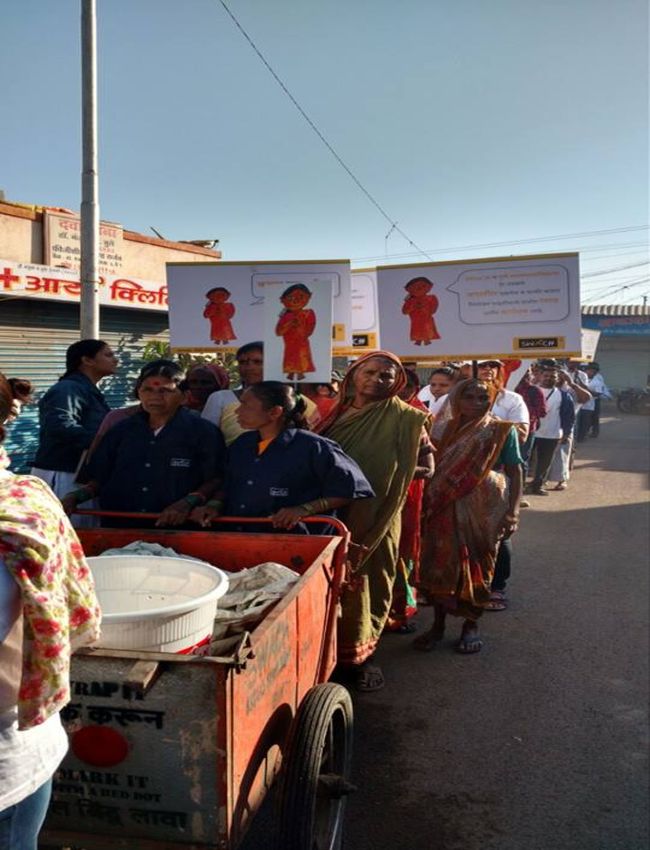 To turn around this pitiable situation, the SWaCH – PMC conducted frequent rallies, plays, personal interactions in 2016-2017 to raise awareness on segregation and waste disposal.

“Our main focus was awareness to create a new mindset towards sanitation. Volunteers, waste pickers from organisation, elected coporators from different wards and Mayor Mukta Tilak have been involved in the educative process. When slum dwellers talk about the monetary issue, we simply give them a choice between paying a nominal amount and paying hefty amounts to the doctors,” adds Ms Pai. 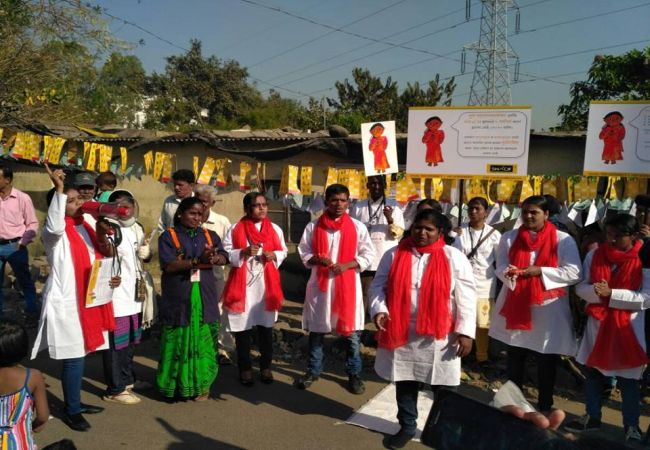 In the initial stages of the initiative, people were very reluctant to open their minds to the idea pf paying for collection of garbage. But once people noticed the change waste management bought, they came on board. One such case was of Shastri Nagar. Baida Jogdand, a waste picker, who has been working in the Shastri Nagar slums with over 800 homes at Peruchi baug, was stationed in Shastri Nagar. She initiated the waste collecting process for free and once residents noticed the difference, they came around. 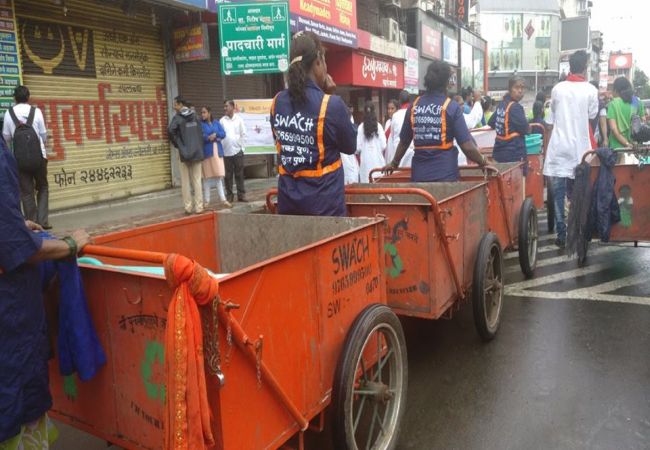 Since the topography of the slums is such that there is hardly any space to accommodate a cart, the PMC designed and supplied smaller, narrower carts that can fit through most of the gullies. Asking the residents to segregate their waste was also a daunting task but was tackled with effectiveness to an extent that every of the one lakh household now preaches as well as practices waste segregation.

Also Read: A Simple Red Dot On Your Menstrual Waste Can Change A Sanitation Worker’s Life