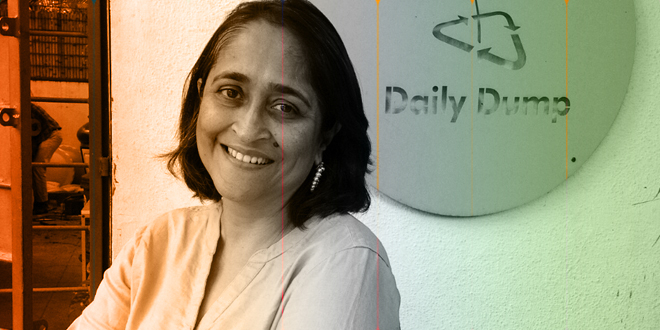 New Delhi: ‘When you look around, you see people living their own life in their little cocoon. Soil, water, air – are some of the basic resources we make use on a daily basis, one without which we cannot sustain, yet we rarely take care of these precious resources. This disconnect between the usage and responsibilities made me start my journey,” said 57-year-old Poonam Bir Kasturi, the Bengaluru-based industrial designer and social entrepreneur who set up Daily Dump with a motive to change urban people’s mindset about waste by teaching them the art of composting.

Composting is a natural process that breaks down the organic material into a dark rich substance – manure which acts as a wonderful conditioner for soil. It is one of the simplest forms of recycling that involves everyday kitchen waste.

Born and raised in Bengaluru, I soon realised how waste in the coming years will become a topic of discussion in every household. Every day, I could see how my city was growing bigger and was being surrounded by the waste. I was convinced with the fact that if we don’t look at sustainability as a deep focus, there will be a mess. Moreover, I realised that waste was going to become a major civic concern and I began thinking of how I can utilise my design skills and solve the problem.

Poonam began researching about the waste crisis and found out about the art of composting, she was amazed to see how this simple process of converting organic or wet waste at home that comprises vegetable/fruit scarps or mainly kitchen waste could help solve India’s waste crisis.

During my research, I could see there was a dire need for home composters that will help people do this art at home easily, but I also knew that people first need to be told about the basics of waste management. For them it was a completely new thing, so I decided to work on a model where I could target communities, people and societies, teach them the basics and ‘how tos’ of composting and help them by selling basic composting tools, added Poonam.

That was the start of Daily Dump, which Poonam says is her experiment to teach people one basic thing – ‘take responsibility of the waste you create’. 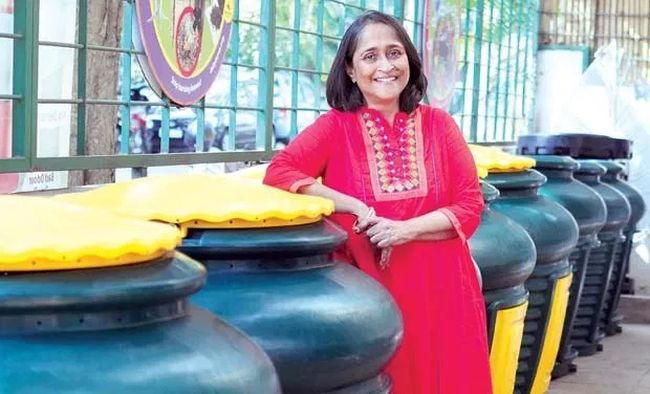 With a motive to change urban people’s mindset about waste, Poonam Bir Kasturi, the Bengaluru-based industrial designer and social entrepreneur set up Daily Dump with the aim to teach every individual the art of composting

When you prepare or cook a dish with your own recipe and it turns out nice, you feel good about it. Isn’t it? That’s exactly, I wanted to do with composting. I wanted to design cool products that will entice people towards the art of composting. I launched my first prototype of home composter 13 years ago and sold it for Rs 150. And since then there is no looking back, we have been testing more and more composters in different sizes and selling, adds Poonam.

Explaining how the ideology of composting spread across, Poonam said,

We wanted to target not just people of Bengaluru but each and every individual. Thinking someone will come and buy composting products and learn the art by themselves is wrong. So, we started targeting communities and societies, we used to go and tell people why there is a need to start doing it. Once they agreed, we started setting up composting units and that’s how we sold the idea – composting and not our products, added Poonam.

Apart from targeting communities and societies, another model that Daily Dump adopted was to target like-minded entrepreneurs who were keen to become Daily Dump ‘clones’, as Poonam terms them. Unlike a franchisee who pays a fixed recurring fee, clones of Daily Dump pay only for printed literature – How-To Guide that the company provides and for the first batch of 100 pots that can cost up to Rs25,000, from there on the individuals in other locations can replicate, adapt, build on, sell and use – for wide and rapid propagation of the idea. Explaining how it works, one of the Daily Dump Clones from Delhi, Samidha added,

I started my composting journey few years back, but I wasn’t very happy as the process was very unorganized, I saw even if I was doing waste segregation at home it was going into the municipal bins and later to our landfills as a mixed waste. So, I started researching and came across the story of Poonam Bir Kasturi from Bengaluru and her organisation Daily Dump. I decided to touch base with them, I learned about many new things for example I did not know how composting can be adopted by one full society and can change the waste game that effectively. I joined Poonam as one of her clones with a motive to involve more and more people in this process, initially it was just my journey and today it includes more than 1100 plus families in Delhi NCR.

Explaining how she involved more and more people in the journey, she said,

As a first step, I started involving my neighbours, then at society meetings I started telling everyone about the benefits of composting and why as one society we should adopt this practice. Slowly, more and more people started getting involved in the composting chain. Few months of daily composting and when people started gaining trust in the activity, I initiated the idea of composting wet waste in our club as well. Today, my society club – Gulmohar Club is treating 600 kilos of wet waste per month via composting and using it further to enhance club’s greenery. Moreover, within the society, in some of the colony parks we have installed leaves composters that helps in managing the leaves waste effectively. Basically, when you start seeing the results from something you are doing, you start getting more and more involved. Apart from getting my own society involved, I started targeting different colonies of Delhi NCR and started holding workshops so that more and more people can get involved. Today, I have helped organised more than 200 workshops, involved five societies of Gurugram, one in Delhi, the Gulmohar Park and slowly we are catering to more and more areas. 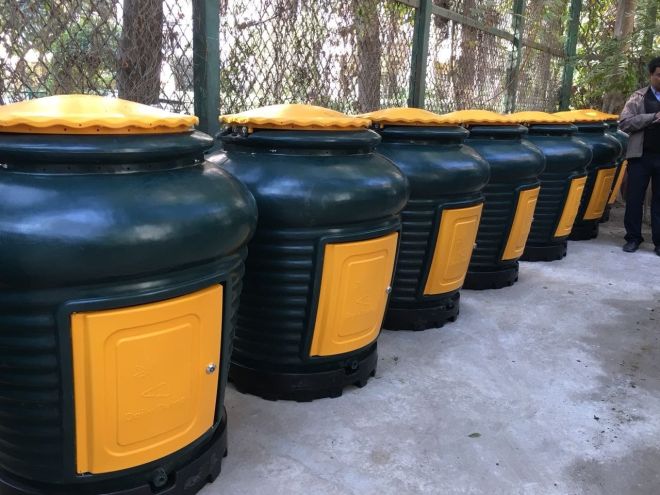 Daily Dump is an online platform in which one can get home composters that range from Rs 600 to 3,000

On Daily Dump online platform one can get home composters that range from Rs 600 to 3,000, moreover, their revenue comes from the sales of not just the composter, but all the other products associated with the process such as compost mix powders, gloves, basket and other accessories. When the clones get associated with the organisation they make sure that when they spread the word about composting they help in installing products from the same organisation.

Watch: Five Easy Steps To Do Composting At Home

Kick-started in 2006 when not many of us knew or understand about the waste crisis our country is facing, Daily Dump somewhere along the line contributed towards starting a discussion about it. Poonam proudly says,

Waste management is not government’s job alone, we as individuals of the society have to contribute towards the cause. Composting is one such process that anyone can learn and thereby help reduce tonnes of waste from India’s dying landfills. If a family of four people practice composting, they can easily save 300 kilos of garbage that otherwise would have just increased the height of our garbage mountains – landfills. 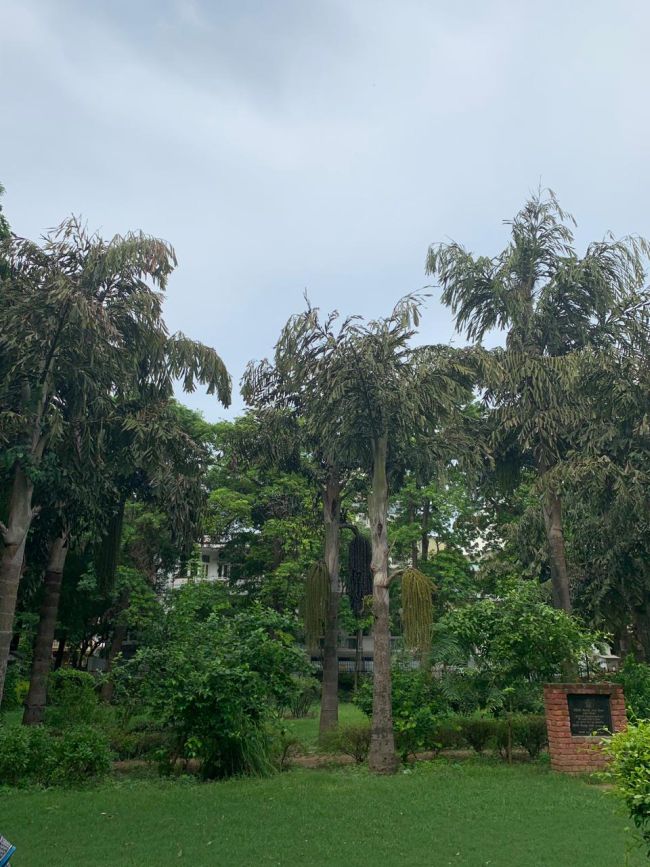 NDTV took a field trip to Delhi’s Gulmohar Park, a society that has been following the footsteps of Daily Dump for six years. Today, the society has been effectively managing its clubhouse wet waste, colony parks leaves waste along with individual families’ wet waste. Apart from this, the society has also formulated Green Robinhood club that mainly involves children who go door to door and motivate people to follow green practices such as composting, using plastic-free products to name a few. 14-year-old Ishaan Jain said, 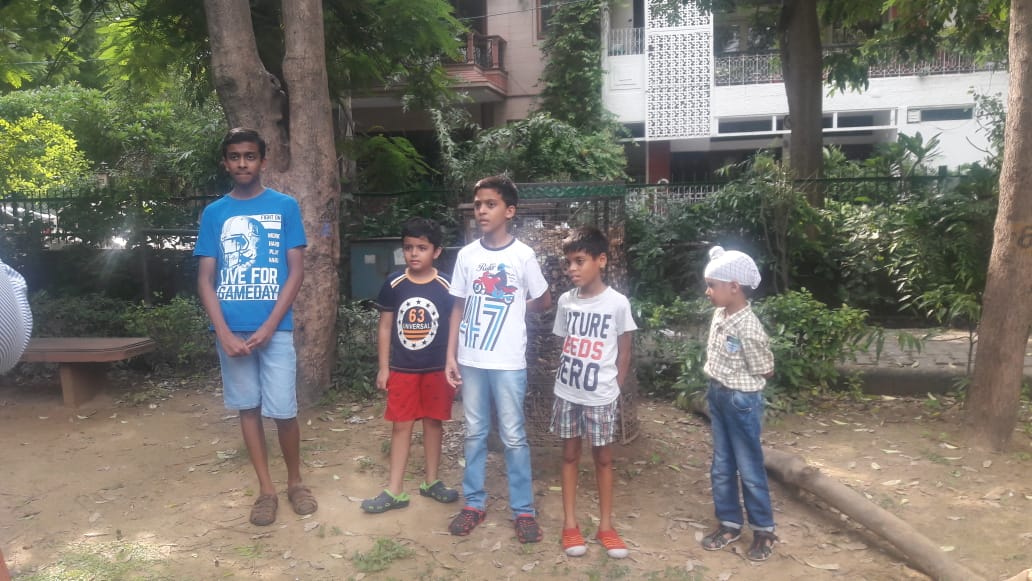 “At my home, I am the one who practices composting, moreover, I keep on spreading the awareness about the same wherever I go – be it my school friends, cousins and family members. Composting is the future and we all need to adopt it.”

“The feeling you get at the end of the month when you see your waste being transformed into black gold is one of the best things. We as a society have been following this route and we are so happy to contribute in our little own way for the environment. We no more have to depend on the civic body to take actions to manage our own waste, we are doing it on our home and are pretty successful. People think composting is a difficult task, they think doing composting makes your house smell bad – all these are simply myths. Once you get your hands dirty, you will see how it is a game-changer.” 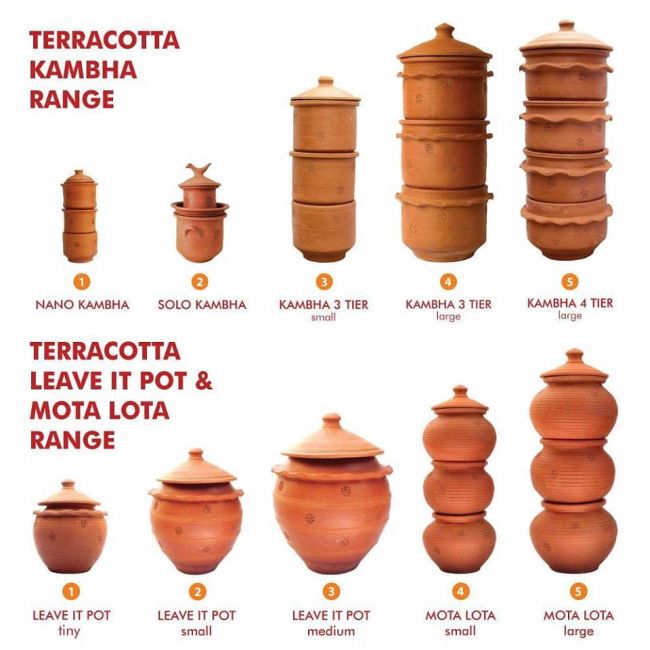 What Daily Dump has done over these years is that it has set up a decentralised waste management approach by not letting the government be the only body responsible in managing the country’s waste. By making people responsible for managing their waste in their own backyard via composting it has helped divert some amount of waste from the landfills. Poonam adds,

Mixed waste is poison and impossible to recycle and cities spend a lot of money to collect, haul and dump poison. Through this model where waste is being handled by the individual or communities, who are responsible for generating the waste, the diversion of waste from the dumpyards is being made, which is what India needs to become a clean and swachh nation. If the model is replicated by more and more municipalities.

Here’s why one should adopt composting

Heroes Of Swachh India: Story Of A Delhi NGO ‘Gulmeher’ That Has Transformed The Lives Of Women From Ghazipur Landfill Area