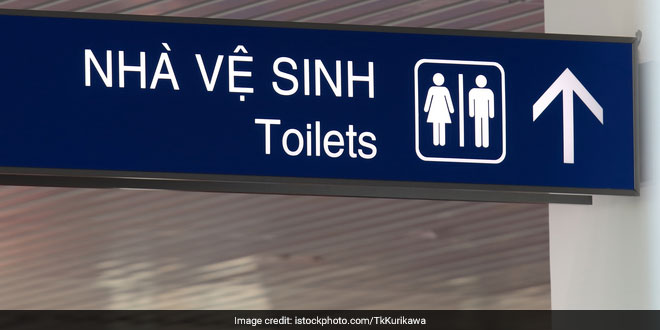 Ever since the inception of Swachh Bharat Abhiyan, the countrywide mission to eradicate open defecation by October 2019, sanitation experts have looked at European and other countries which not only have proper sanitation infrastructure but have also put effective waste management measures in place. The thought being that expert opinion from these countries would help in achieving the objectives of the Abhiyan in totality. And several countries have come forward to advise India on how to effectively implement sanitation and waste disposal infrastructure.

Japan International Cooperation Agency (JICA) in October 2016, increased its focus on funding water and sanitation facilities in India. After transportation, funding for water projects was JICA’s second priority and 16 per cent of JICA’s funding of more than Rs. 1.5 lakh crore has been spent on water related projects, between 2005-06 and 2016-17. Acting on its commitment, JICA provided an amount of Rs 2,291 crore for Odisha’s Integrated Sanitation Improvement Project, carried out by the state’s Water Supply and Sewerage Board (OWSSB). The sewerage work is scheduled to be completed by September 2018.

Sweden, which is one of the best European nations in terms of waste management, has also offered its expertise and technological help in tackling solid waste management in India’s smart cities. When Sweden Minister of European Union Affairs and Trade, Ann Linde and Union Urban Development minister M Venkaiah Naidu met this year in May, an extensive discussion was held on Sweden developing smart cities in India. These smart cities would have integrated waste management infrastructure where waste segregation and their disposal would be handled scientifically. Sweden’s waste management record has been impeccable, so much so that the country is importing garbage from other countries to keep it treatment plants from closing down.

Though the difference between the geographical dimensions between India and Sweden are huge, there are certain aspects of Sweden’s waste management model that can work in India. The concept of reusing and recycling and waste to energy conversion are the foremost steps which we can look to adopt from Sweden. Sweden’s inputs for smart cities will also be helpful as reconstructing the waste management models in smart cities is relatively easier, said Gopal Jha, Under Secretary, Swachh Bharat Mission (Urban).

Vietnam, a country which is a developing nation with similar water and sanitation issues as India, has implemented cleanliness and sanitation effectively. The voluntary participation of people in maintaining cleanliness impressed the Minister for Urban Development, who visited Hanoi in Vietnam in December 2015. The sanitation standards maintained by the government are effective due to hefty penalties imposed on those who violate environmental norms. Parameswaran Iyer, who is currently the Secretary of Drinking Water and Sanitation was also specially given charge because of his experience as the programme leader and lead water and sanitation specialist in the Hanoi (Vietnam) office of the World Bank. Though many households in rural Vietnam are without toilets, the country’s setting national standards and providing 78 per cent of its population with toilets is something India can learn from. Brazil, another developing economy similar to India improved its sanitation and drinking water facilities in the recent past. Within the period of 1990 to 2010, sanitation coverage in Brazil went up from 68 to 79 per cent, and drinking water supply increased from 79 to 92 per cent, due to the government implementing sanitation schemes in rural areas, along with providing the people access to piped water supply.

Along with Swachh Bharat, the Union Government’s other flagship programme Namami Gange, which aims to clean the Ganga has also found a taker in Germany. Germany’s Bavarian Minister Ulrike Scharf met Union Minister for Water Resources Uma Bharti in March 2017 and discussed possible cooperation to clean up the Ganga, due to Bavaria’s experience of successfully cleaning up the river Danube.

The fact that Swachh Bharat Abhiyan’s massive sanitation and waste management goals have attracted global attention is reiterated by various countries willing to pitch in with advice and participation. The cost of only building toilets across India is estimated to be Rs. 1.96 lakh crore. With participation of developed nations, both in terms of advice and financial help, the programme could see further strengthening in all aspects.

The entry of foreign players in initiatives like Swachh Bharat and Namami Gange are being seen as a positive sign by sanitation experts, as well as the government. The Union Government’s waiving the provisions of the Foreign Contribution Regulation Act (FCRA) has also eased the method of contributing financially to the Swachh Bharat Abhiyan, by foreign corporations.

Countries like Sweden and Japan can help us understand the areas which we need to focus on, be it toilets or waste management. They can also help the programme with additional funds. But more than the financial help, there are several other takeaways from interested foreign countries. Their advice on maintaining the ongoing models of waste segregation and management will be important, as for us, both implementation and maintenance are key points which need to be factored in, said Vishal Menon, Programme Manager, Saahas Zero Waste.

The several differences between countries like Sweden, Japan and India must be taken into account before their successes are held as role models in India. The geographical differences aside, factors such as population and behavioural issues must also be considered. In many parts of India toilets remain unused due to lack of water supply, or people being afraid of incurring maintenance costs of toilets. Countries with successful sanitation coverage should become role models for all the bodies working towards a Swachh Bharat. The impact of interest shown by foreign countries will only be visible once their inputs and advice are implemented on the field.

From Women Power To Wedding Invites With Build Toilet Message, This Is How Uttarakhand’s Chamoli Ended Open Defecation