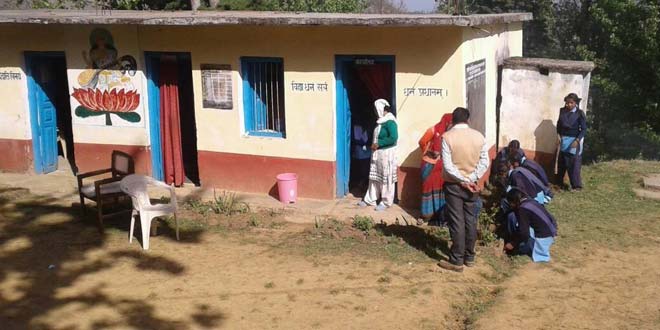 In Uttarakhand’s Chamoli district, a quiet sanitation revolution is taking place. Not surprising, considering Chamoli was the birthplace of one of India’s foremost environmental movements, the Chipko movement. Since the launch of the Swachh Bharat Abhiyan in October 2014, Chamoli has seen heartening participation from the local population in improving its sanitation conditions. The district, with a population of roughly 4 lakhs and a good literacy ratio of 83.48 per cent, had sanitation coverage of 64.18 per cent till 2015. That has increased to 100 per cent, due to large scale participation of people and various steps undertaken by the Chamoli district administration.

In Chamoli, most households till 2014 had no functioning toilet, and women had to bear the brunt of it. Unable to go outside to relieve themselves after sunset due to the fear of wild animals, women had to either wait till sunrise or go in groups of four or five. When the plight was pointed out to then District Magistrate Ashish Joshi a few months after the launch of the Abhiyan, he got together the block development officers of the 9 blocks in the district and decided to launch an inspection mission that would look at the sanitation issues in the district. As the inspection found out that it was women who were affected most due to the sanitation conditions, the administration decided to use the help of women to highlight their plight. 811 toilets were built in the villages in just 25 days in June 2016. By the end of December 2016, the district was declared open defecation free.

We spoke to women from villages in each block and formed a group. Officials from the administration, along with the women went from village-to-village and spoke about the importance of building toilets and how it would benefit them. This translated into more women taking toilet building initiatives in the villages. In the past one year and a half, the sanitation percentage has gone up to 90 per cent, said Ila Giri, Deputy District Magistrate, Chamoli.

Kiran Devi from Chamoli says that it was the participation of women in the toilet building mission which brought about the change the both the sanitation scenario as well as the behaviour of people. Women felt more protected due to the toilets in their households and no longer had to go to forests or fields to relieve themselves.

Every woman and child has benefitted from the Swachh Bharat Abhiyan. We do not have to be afraid of going to toilets anymore, said Kiran Devi.

Kiran’s thoughts on the Swachh Bharat Abhiyan are shared by many in Chamoli. Pradip Dimri’s wedding invitation in December 2016 had a message for all the invitees. Apart from thanking them for their presence, the invitation also urged the invitees to build toilets to keep their village surroundings clean. The uniqueness of the invitation card showed how behavioural change became a habit for many of Chamoli’s residents and how they were willing to spread the Swachh message to others. 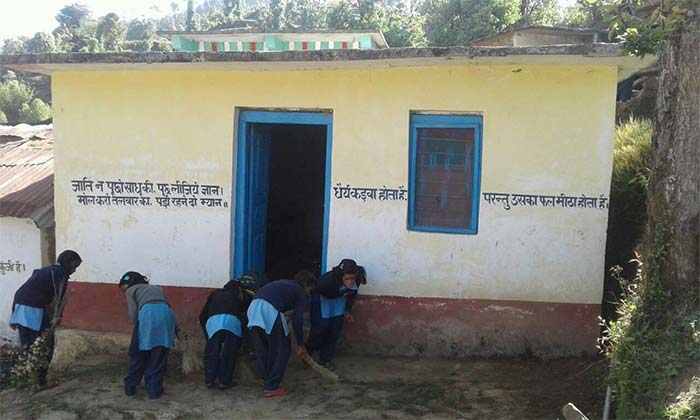 Women of all ages participate in Swachh Bharat related activities

Chamoli has also added another honour apart from its successful sanitation coverage in the district. The entire district along the banks of the river Alaknanda has been declared open defecation free (ODF). 30 villages on either side of the river, from Mana and Badrinathpuri to Gholtir and Sari have been given the ODF status.

The participation of people in changing the sanitation scenario in Chamoli has been great. We have noticed participation of women in our campaigns across all the villages and that has helped in the rapid building of toilets, said Ms Giri.

Uttarakhand is on the verge of becoming the fourth open defecation free state in the country in May 2017. With Haridwar, Paudi and Dehradun becoming ODF in May, all the 13 districts in the state have become ODF. Chamoli has undoubtedly played an important part in Uttarakhand achieving the ODF status and is an example that can be followed by districts all over the country which are trying to better their sanitation scenario.

How Are Swachh Bharat Abhiyan And Namami Gange Benefitting From Other Countries?