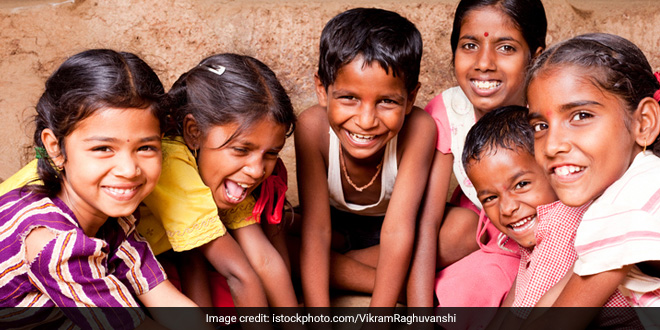 New Delhi: “Mulga ani mulgi aatun vaaltat ahey” – in Marathi, this translates to ‘the boy, or girl, is drying up from the inside’. In Maharashtra, this phrase is used very frequently, as every second child in Maharashtra’s districts suffers from poor health. According to the state government, nearly 94,000 children are severely malnourished in the state. In 2017-18 more than 900 children died as a result of complications from malnutrition, stunting and wasting. 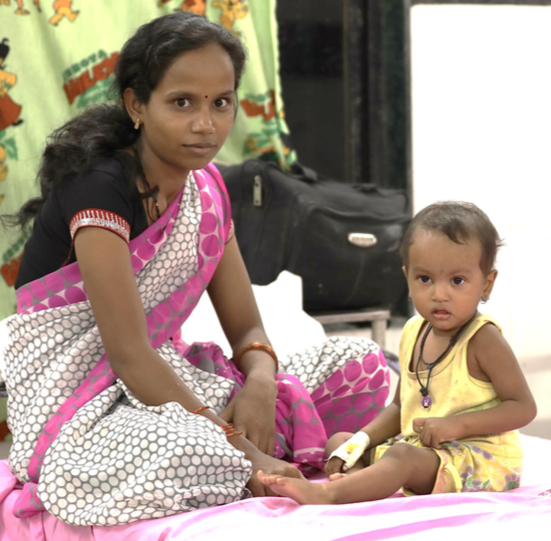 Maharashtra’s Amravati and Nandurbar are tagged as the state’s toughest regions and where malnutrition rates in children under five are 1.5 times the national average

In light of these ground realities, Reckitt Benckiser conceptualised Nutrition India Programme with a motive to transform the health of India’s children. The programme kick-started in Maharashtra’s Amravati and Nandurbar, which are tagged as the state’s toughest regions and where malnutrition rates in children under five are 1.5 times the national average. Today, after 10-months of Nutrition India Programme implementation, lives of about 6,500 under-five children have been saved. Moreover, today, the programme has been able to create 41 Community Nutrition Workers in these two districts of Maharashtra who help in reaching out to around 204 communities.

Also Read: In Maharashtra’s Amravati and Nandurbar Districts New Mothers Are Championing The Cause Of Breastfeeding, Courtesy Nutrition India Programme

A Timeline Of Actions Taken Via Nutrition India Programme

The project aims to intervene in the first 1000 days, utilising digital and artificial intelligence-based innovative modules, strengthening the health, hygiene and nutrition status of pregnant women and children and targeting towards 40 per cent reduction in the number of children under-5 who are stunted, reduce and maintain childhood wasting to less than 5 per cent. We seek to empower local communities to drive their change and own the programmes. Our approach is not to impose solutions from above; it’s to understand problems and alleviate them from the ground. When people – especially women and girls – have access to good health, hygiene and sanitation services, the whole community benefits in the long run. That’s how we invest for life.

In the last 10 months, Nutrition India Programme has worked with local communities in the two districts of Maharashtra and developed a workforce of travelling nutrition champions WHO are known as ‘Community Nutrition Workers (CNWs)’. These workers are given rigorous training by public health experts, paediatricians, gynaecologists and community development specialists and are educated about the golden rules of good nutrition. Explaining these golden rules of nutrition, Gaurav Jain, Senior Vice President, Health South Asia Reckitt Benckiser added,

The programme mainly focusses on maternal and child health and everything related to them is taught to these community nutrition workers, such as – what are the precautions to be taken by expecting mothers, what should be their diet, lessons on breastfeeding, the importance of breastfeeding within the initial hour of birth and exclusive breastfeeding for the newborn and the diet which should be given to a child so that he/she is saved from the ill effects of malnutrition. 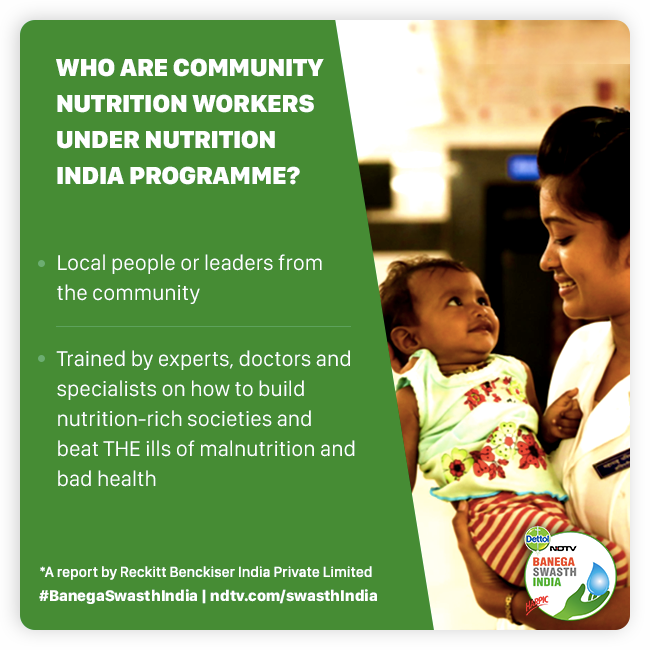 Along with these basic nutritional training, the programme also initiated a ground-level study wherein over the last 10 months, the programme discovered that in Amravati and Nandurbar districts, pregnant women mostly relied on carbohydrate-rich food and there was low-diversity in their diet. It also highlighted that these factors have a direct and indirect influence on the status of malnutrition here. 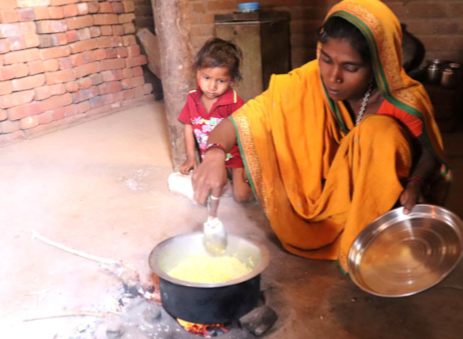 Nutrition India Programme discovered that in Amravati and Nandurbar districts, pregnant women mostly relied on carbohydrate-rich food and there was low-diversity in their diet

That’s when we intervened and started training these community nutrition workers with things like colour-coded plate which educates people about having a nutritious diet along with kitchen gardens that rightly promotes diet diversity and uplift the nutritional status of mothers and children.

Tools Given To Community Nutrition Workers

Nutrition India Programme has provided these nutrition workers with simple and interactive tools that deliver simple and effective messaging around nutrition and hygiene to create behavioural changes in the society, it is called Nutrition Kits. Ravi Bhatnagar adds,

A Nutrition Kit targeted towards increasing knowledge, building awareness and practices around healthy nutrition practices and health-seeking behaviours among expectant mothers, children (aged 3-5 and 6-10) and front-line health workers has been designed in this programme. This kit has been designed mindfully and incorporates various tools and games, which is further given to our Community Nutrition Workers who go door-to-door or village-to-village in order to educate people of the society.

The proposed modules in this kit are the following: good and bad eating habits during the first 1000 days of life, education on nutritional values of food items, hygiene practices and slides demonstrating best practices during and pre and post-natal stages. Sharing an example of these behavioural nudges, one of the community workers from the programme added,

Like the game which we used to play in our childhood, saap sidi or snake and ladders, there is an interactive board game in the nutrition kit which has been provided to me, which focusses on dos and don’ts for taking care of a baby during first 1000 days of baby’s life. In the game, the mother follows the good habits and avoids bad habits to get a healthy baby. The first phase includes the first 9 months, the second phase includes birth to 6 months and the 3rd phase has 6 months to 24 months of the child’s life. 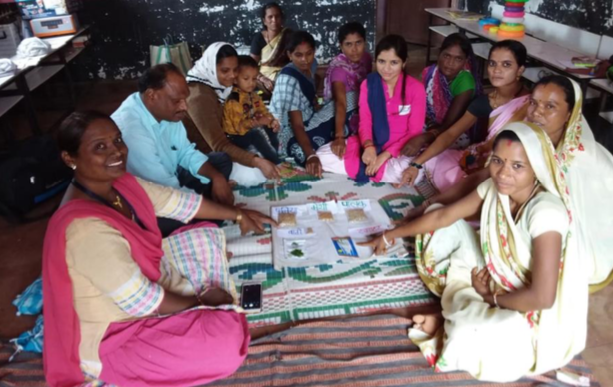 The another most effective tool that has been given to the nutrition community workers is the five colours coded plate, which motivates women of the society to have various colours in their plate daily, so that they get the vitamins, minerals, iron in order to have adequate calorie intake. The colour-coded plate contains -white, brown, orange, green, violet. 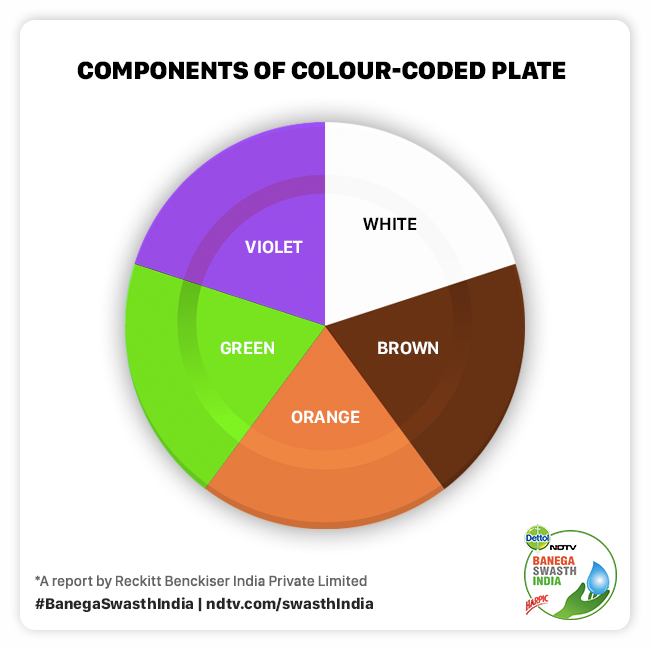 One of the nutrition workers added,

When we used to go to these women’s houses and showed them this plate and asked about what they eat, they mostly chose the brown colour which basically includes chapattis, of wheat, jowar or bajra. We found out that expecting or new mothers’ plate misses green, orange, white, violet. We started training the village women about the importance of having nutrition-rich. Mostly we show the adequate food for infants from birth till 2 years of age and the nutrition-rich diet that expecting mothers should take. 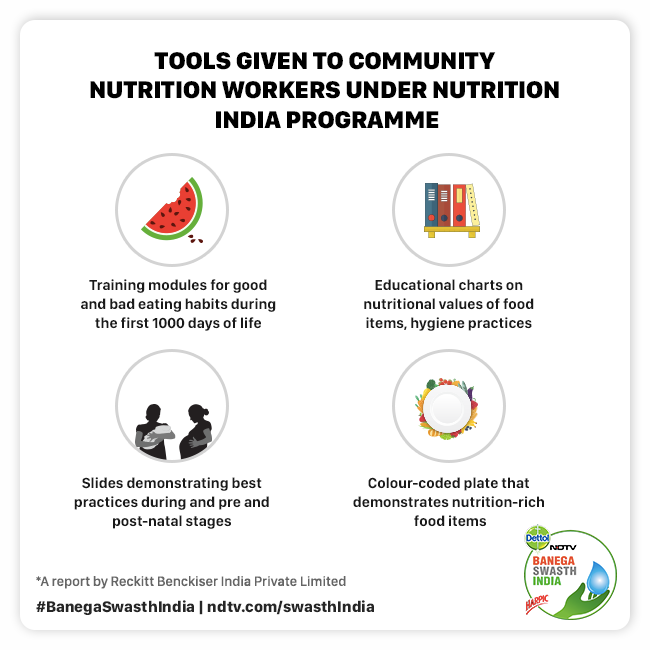 Micronutrient deficiency such as Vitamin A, iron and iodine, is common among pregnant women, lactating mothers and under-five children. This impacts on disease immunity, illness and health in general. People living in remote villages often pay a higher price for vegetables and fruits, if not grown locally. In these two villages, under Nutrition India Programme, we started providing training for growing in house vegetables and fruits via kitchen gardens and partnered with the local districts Krishi Vikas Kendras. Today, in both these districts, we have more than 1200 kitchen gardens where the major focus is given on growing vegetables such as carrot, dill (Shepu), beat, bottle gourd, tomato, chillies, bitter gourd, onion, garlic, and other varieties of dark green leafy vegetables, spinach, radish, brinjal, coriander; as they take a shorter time to grow and to harvest and can bring faster returns. Some other crops selected are beans, papaya, and drumstick.

Highlighting the impact of kitchen gardens, one of the Anganwadi workers of Nandurbar said,

Earlier women of our village could cook vegetables only when they have visited the market or some vendor has come to sell (in the village). Now that they are growing vegetables at home, they are cooking different vegetables every day. Some of them also sell vegetables to the villagers. 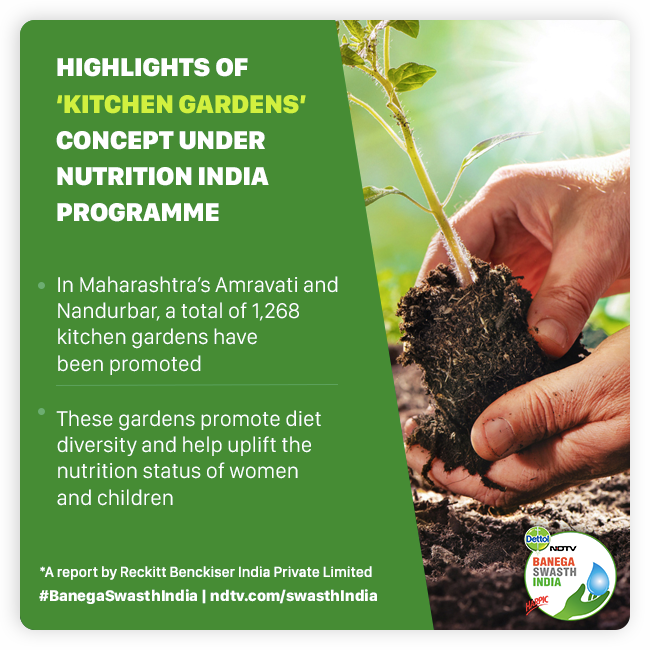 In both the districts, the programme has promoted more than 1200 kitchen gardens where the major focus is given on growing vegetables

Flying Amid COVID-19? Here Are The Quarantine Rules In Different States

One In Every 31 Infants Die Within First Year Of Their Life In The Country: Registrar General of India