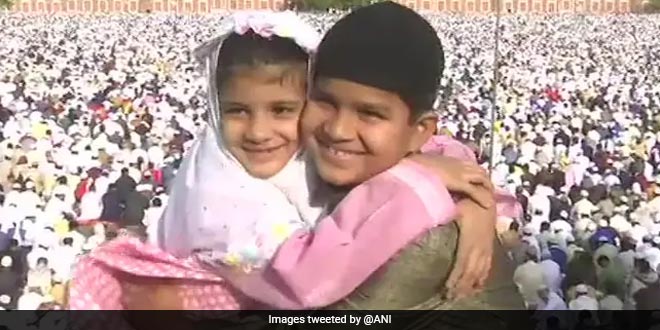 Hyderabad: With filth spread here and there due to animal sacrifice during Eid al-Adha, a group of Muslim youths has decided to carry out cleanliness drive in Old City area in collaboration with the Greater Hyderabad Municipal Corporation (GHMC). As many 100 youths have decided to clean the animal remains produced due to religious obligations of sacrificing sheep and goat in the city, especially in societies where people of different religious identities live. The three-day drive started on Sunday (August 11) evening with the distribution of around 11,000 gunny bags in mosques from where the people can collect the bag.

“We have asked the heads of madrassas to make the announcement about it during the congregation,” Irfan, a member of the group, said.

There is a lot of filth around the neighbourhood. So our group has decided to contribute to the society by cleaning the areas. We have picked up a few colonies, especially in the Old City, he said.

Also Read: Hyderabad Goes Beyond ODF To Achieve ODF Plus Plus Status

The group has also deployed 12 trucks which are lifting animal wastes from different colonies.

We will use water tankers to flush out the filth from the main road. We have also distributed handbills and put up banners around in city urging the people to keep their surroundings clean, said Irfan.

The initiative was planned one month ago to ensure a clean festival and also to ensure that people of other faiths do not have to face any problems. He said,