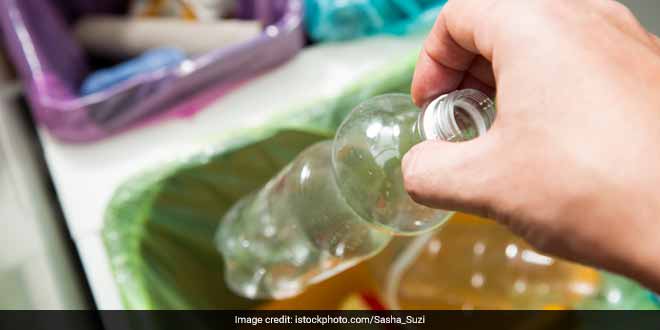 New Delhi: On the World Environment Day, when the central government launched nation-wide waste segregation at source campaign, civic bodies across India came out with innovative ways to implement it and behavioral change became the primary focus of all the cities. To promote behavioral change, civic bodies came out with various schemes. Hyderabad, ‘Swachh Dhooth App’ in July to encourage waste segregation at source.

Specially aimed at targetting the housewives, the app is basically a lucky draw system where one can simply click a picture of the segregated household waste and upload it on the app. Every month 3 lucky winners will be selected through computerised system. Cash prizes of Rs 1 lakh, Rs 50,000 and Rs 25,000 will be awarded to the top three winners.

Talking to NDTV, Hari Chandana Dasari, Central Zone Commissioner, Greater Hyderabad Municipal Corporation (GHMC) says, GHMC was one of the first civic bodies to distribute 44 lakh green and blue bins in all its households for waste segregation. Despite providing bins, we didn’t record much improvement in segregation. Citizens need an incentive which goes beyond bins and what better than lucky draws and cash prizes!

She further adds, In the first month of the app launch, the GHMC recorded nearly 1 lakh entries and three housewives were awarded with the cash prizes sponsored through CSR activities. For the next month we are aiming at a target of minimum 10 lakh downloads.

The GHMC, which was ranked 22nd in the Swachh Survekshan 2017, is now using technology to improve its ranking under Swachh Bharat Abhiyan. Besides the Swachh Dhooth app, the civic body also introduced the ‘Mosquito App’. The app aims at spreading awareness on ways to maintain cleanliness indoors and outdoors, “The citizens have to answer 16 educative questions related to swachhta on the app and submit their answers. Every month 10 citizens will be awarded with Rs 1,000,” says Ms Dasari.

The onus of convincing the people to use the app lies on the garbage collectors. The GHMC has educated the civic workers about the app who in turn appeal to people to download the app. While conducting awareness sessions on Clean India Mission in schools, the children also learn about the two Swachh apps, “Here the aim is to tell the tech savvy generation about winning cash prizes by clicking pictures who will then motivate their parents to practice waste segregation,” explains Ms Dasari.

The city of Nawabs generate about 4,000 tonnes of garbage daily of which 90 per cent is segregated into dry and wet waste at city’s waste transfer stations. “Though Hyderabad is racing ahead in waste segregation when compared to other metropolitan cities, the workload on GHMC workers is huge. Merely 30 per cent of the total 44 lakh households separate their waste. If all the households follow this practice regularly then the GHMC can save itself a lot of time and energy. We still have a long way to go in motivating the people,” says Ms Dasari.