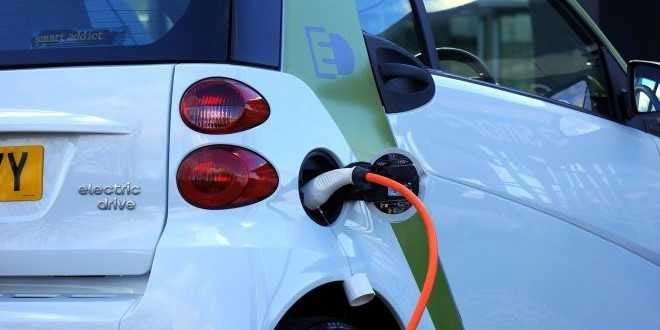 New Delhi: For Kolkata based Information Technology (IT) employee Avishek Deb, buying an electric car in 2017 was a key contribution towards maintaining a clean environment. Diesel and petrol emissions from vehicles have globally contributed to air pollution, and battery-run cars are being hailed as potential solutions to the global problem of air pollution. Mr Deb’s happiness was however, short lived as the lack of e-vehicle charging points in the city curbed his enthusiasm of taking out his vehicle frequently. But the New Town Kolkata Development Authority (NKDA), where some of the city’s major IT hubs are located, is taking some significant strides in making the area greener.

The township is located 5 kilometres from Kolkata and occupies an area of 28 sq.km. Prominent companies like Tata Consultancy Services (TCS), Capgemini, Wipro and Infosys have their offices set up in the township and have made New Town the city’s major commercial hub.

On January 4 this year, NKDA came out with a notification, inviting submission of designs for e-vehicle charging stations in the township. The New Town township was a district that began operation in 2003 to ease pressure on Kolkata’s existing business districts. The township, a Solar City that draws more than 50 per cent of its power from solar energy, has already found favour among leading IT companies, many of whom have set up their offices in the township. In setting up an e-vehicle charging point, the township will take a step forward towards cementing its status as an eco-friendly township.

The invitation by the NKDA details that the charging station should have the provision of charging at least 10 vehicles simultaneously. Interested parties must provide details related to their scope of work during their submission for the project. On being shortlisted, they will be required to present themselves in front of a panel which will assess the presentation. The final winner will be announced by mid-February and NKDA is looking at mid-2019 for at least one charging station to become operational.

What we are looking for is someone who has a sound understanding of concepts like solar energy, and can make a charging point which runs totally on solar energy. Given that the township is a major IT hub as well, the charging station should have the capacity to fast charge multiple vehicles simultaneously and that is one area we are stressing on while shortlisting nominations, said Mr Roy.

The market for electronic vehicles has not grown well in India. In 2016, only 2,000 battery operated four-wheelers were sold in India, compared to 20,000 two-wheelers. India’s objective of selling 6 million electric vehicles through the National Electric Mobility Mission Plan (NEMMP) may fall woefully short of the intended target. Lack of enough charging points for e-vehicles remains one of the deterrents for buyers.

NKDA has for the last decade been instrumental in ensuring that the township remains pollution free. Be it encouraging compulsory waste segregation in residences and offices in the area or introducing battery operated rickshaws in the township, the NKDA’s methods to combat carbon footprint in the busy township has drawn praise from several quarters of West Bengal’s administration. With the launch of an e-vehicle charging station, the business friendly township is poised to become an environmentally friendly one.