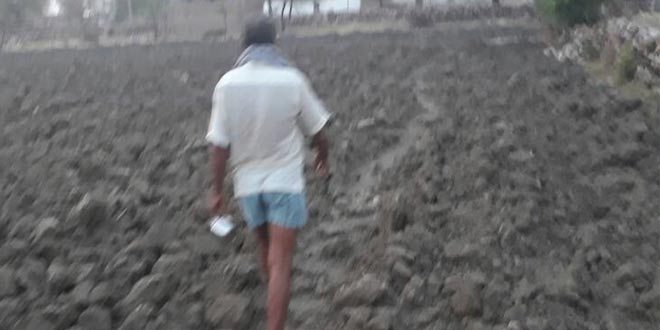 It’s a first in India that teachers have been suspended for defecating in the open. The education authorities of Ashoknagar district in Madhya Pradesh have suspended two school teachers of government primary schools for open defecation. The order said that the teachers Mahendra Singh Yadav and Prakash Prajapati were suspended for violating the government’s ambitious Swachh Bharat Mission by going for open defecation despite having a toilet at their homes. The district education officer issued the suspension order of Mahendra Singh Yadav, posted at a government primary school in Budera village of Ashoknagar, on Monday, on the grounds that open defecation amounts to misconduct and violation of the government’s directives. However, Prakash Prajapati has been suspended because of his wife who was defecating in the open, as confirmed by B. S Jamod, District Collector. 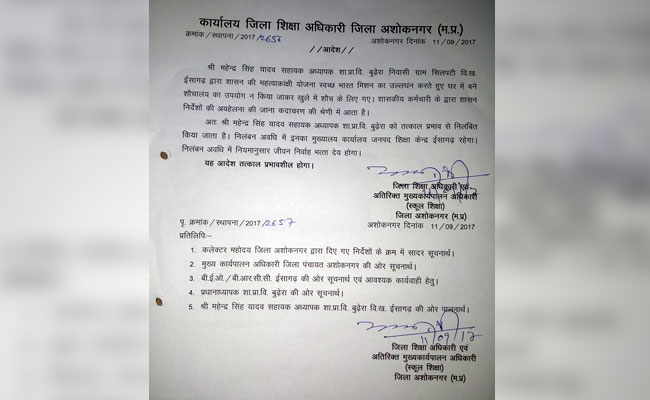 The suspension notice came from Ashoknagar district’s education officer Aditya Narayan Mishra. “Mahendra Singh Yadav himself and Prakash Prajapati’s wife was defecating in open. Husband could have spoken to his wife for not to defecate in the open, it is their collective responsibility. Also, both houses have toilets,” said Aditya Narayan Mishra.

Also Read: Sign Language And Whistle As His Weapon, This 8-year-old Swachh Crusader Eradicates Open Defecation In His Village

“In accordance with the directives of the district collector, the education department has suspended both the teachers with immediate effect,” he added.

Under the Swachh Bharat Mission, the teachers are entrusted with the task of keeping a watch on people who defecate in the open but, on the contrary, Mahendra Singh Yadav was himself found defecating in the open and Prakash Prajapati failed to educate his wife,” Mr Mishra further said.

A bewildered Prajapati had this explanation for his wife, “Her stomach was upset, I don’t know when she got to defecate in open”.