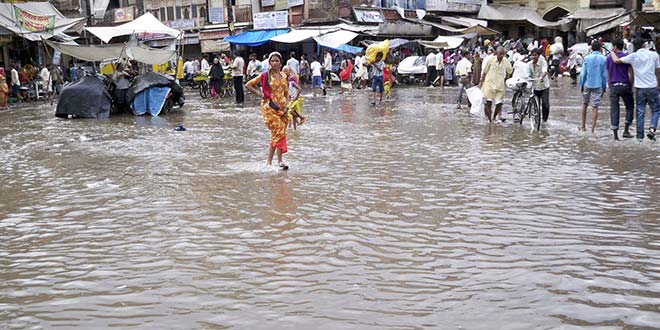 In July this year, an elderly couple were electrocuted to death after their house, in South East Delhi’s Sangam Vihar, was flooded with rainwater. Their family blamed the Delhi government and civic agencies.

Sangam Vihar is one of India’s largest unauthorized colonies, with a population of nearly two million, and has existed for more than four decades now. It is woefully lacking in civic amenities and a proper drainage system.

Compounding the lack of basic amenities are narrow roads and illegal constructions. The monsoon, when it arrives, only makes things worse and the rain brings with it increased chances of spreading disease. 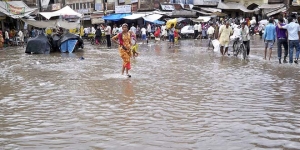 According to the residents of Sangam Vihar, flooding in the monsoon is a common occurrence. Currently, this locality is standing on ‘barood’ (explosives), they say – anything could happen here any day, given the dismal conditions. By now, they are quite used to living with mosquito-infested ditches, piles of garbage and water-logging.

Every year in monsoon season, my house gets water-logged. It’s the same old story. Because of water-logging, every time my furniture and clothes get spoilt. Till the time water is not drained out from here, survival is difficult. – Sangam Vihar resident Jagjit Singh

Another resident tells NDTV that the rate at which children fall sick is very high. Vomiting, diarrhoea, dengue and fever are very common here.

Statistics show that 30% of the capital’s population lives in such unauthorized colonies, where living conditions are appalling. For the Capital to be truly Swachh, it is critical that basic civic amenities are provided to the people living in these colonies. Issues such as waterlogging and the accompanying likelihood of disease need to be addressed on priority.

Have similar issues in your locality? Upload a video or image here.

Felt I’d Die When I First Got My Period: Every Second Indian Girl’s Story