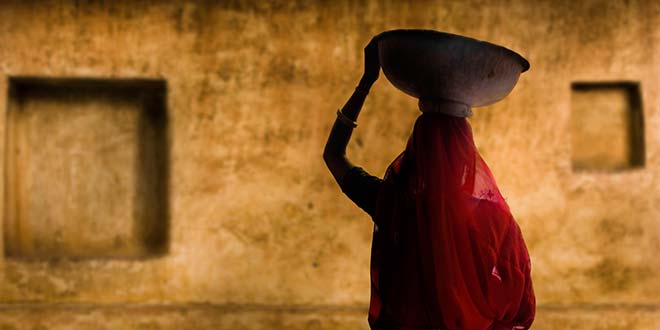 “When I first got my periods, I felt I was about to die. I didn’t actually know what it was,” says Sonam, a resident of Nalhar village in Mewat district of Haryana, who is now in her 20s and married.

Sonam’s experience is the story of every second girl in India. 66% of the country’s female population begin menstruation totally unaware and unprepared, according to Water Aid, an international organisation that is working to improve access to safe water, sanitation and hygiene.

Lack of information, compounded by the lack of infrastructure, leads to major hygiene-related issues. India accounts for 27% of the world’s cervical cancer deaths, which is almost twice the global average, according to World Health Organization data. Many doctors studying the disease say poor menstrual hygiene is partly to blame.

According to statistics released in 2011, only 12% of India’s 355 million menstruating women use sanitary napkins and over 88% of women resort to shocking alternatives like unsanitised cloth, ashes and husk sand.

Arundhati Muralidharan, Manager of Policy (WASH in Health & Nutrition, WASH in Schools) at WaterAid India, says, “Women in India still do not have access to safe menstrual absorbent, toilets, water facilities to wash themselves and dustbins or other disposal mechanisms. So we have a lot of work to do on the hardware component. In terms of providing them adequate information and addressing to lot of harmful social norm.”

The persistent taboo around menstruation is a major factor for the lack of awareness.

Speaking to NDTV about menstrual hygiene and how it is impacting Indian women, Nancy Muller, Senior Programme Officer of international non-profit organization PATH, adds, “The sad part is that in India our girls are continuously raised with the attitude that menstruation is a bad topic, it’s something that she has to hide. Globally, many girls are raised not knowing that it is connected to their reproductive health or why at first place it happens.”

But access to toilets is still a major issue. About 63 million adolescent girls live in homes without toilet facilities and 23% of girls drop out of school when they start menstruating. One of the factors for leaving school is the lack of toilets. This is leading many to believe that menstrual hygiene should be factored into the Swachh Bharat Abhiyan. It may help in dealing with some of the infrastructural issues and taboos around menstruation that currently force women to lose out on educational and economic opportunities.

Can Mumbai Save Its Dahisar River?

In This Unauthorised Corner Of Delhi, Rain Makes A Bad Situation Worse