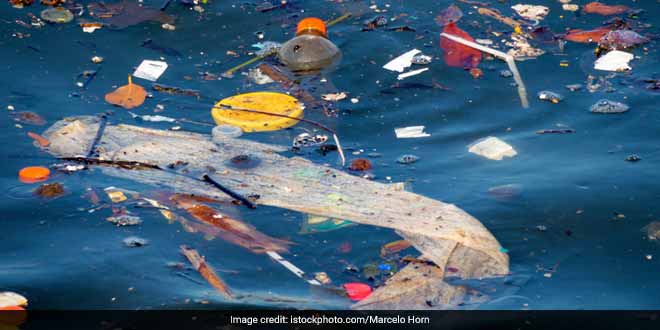 New Delhi: India must act now or else, the stronger effects of climate change will continue, environmental experts said on Tuesday (August 10), calling for the country to focus on a rapid reduction of greenhouse gas emissions and building resilient infrastructure to tackle the increasing impacts of extreme weather events, as warned in the latest IPCC report. The Sixth Assessment Report (AR6) of the Intergovernmental Panel on Climate Change (IPCC), approved by the 195 member countries, cautioned that every region on earth will witness the worst irreversible effects of climate change in the coming years, including sea-level rise and a surge in heat waves, rainfall and floods.

In a written response to PTI, Krishna Achuta Rao, one of the authors of the report, said the stronger effects of climate change will continue till the time the emissions are zeroed out.

The corrective steps to prevent further climate change are the same for India and the rest of the world — to reduce emissions of GHGs, especially carbon-dioxide, and reduce them rapidly. There are hard decisions to be taken to achieve this. The message is also clear that we are already experiencing the effects of climate change and will continue to experience stronger effects till such time the emissions are zeroed out, which means that we have to pay attention to how we adapt to these changes so the worst effects of climate change on our population, economy and infrastructure are minimised, Mr Rao said.

India is one of the most vulnerable countries to climate change and will be significantly impacted due to the increase in frequency and intensity of extreme weather events such as floods, cyclones, heat waves, forest fires and droughts. Since the window of action has narrowed down further, India needs to mainstream climate action, accelerate adaptation efforts across sectors and build resilience capacity, he said, adding that the country should also keep up its efforts towards sustainable development and embrace innovative solutions that reduce GHG emissions.

India has already taken a few progressive steps like the ambitious target of clean energy can indeed contribute to tackle the climate crisis. But it also needs to move away from opening future investment into fossil fuels, he said.

Noting that the report provides enough information about how human activities are causing climate change, making heatwaves, droughts and heavy rainfall more frequent and severe, Chanchal said India is one of the most vulnerable countries for these extreme climatic events.

“We are already witnessing these events at regular intervals. This human-made climate change is not only impacting nature and our biodiversity, but it has a huge impact on human health and the economy as well. The coastal areas are already dealing with the effects of sea-level rise, which will only increase if we fail to solve the problem of increasing temperatures,” he said, adding that governments and big corporations must shift to cheaper and cleaner energy sources.

“Governments and big corporations must understand that development cannot continue on dead (fossil) fuels anymore, especially when science has already brought sustainable alternatives to our doorstep. With a cheaper clean energy source, we can certainly get 100 per cent renewable energy in the transport, electricity and industry sectors,” he said. “As far as India is concerned, we have a double burden now. We have to build resilience in our economy, infrastructure and social systems to deal with the increasing impacts of extreme weather events. At the same time, we have to act on mitigation measures,” said Chandra Bhushan, president and CEO, International Forum for Environment, Sustainability and Technology (iFOREST). Chanchal shared a similar view.

While taking strong and bold steps to mitigate the climate crisis, the government should also invest in preparedness, risk management and ensure measures for adaptation…this is the time when India could lead the path and give a strong message to the global community that this is the moment to rise up, scale up and speed up climate action, he said.

The climate experts stressed that the timelines in the latest IPCC report are more definitive as it has projected that the global temperature is expected to reach or exceed 1.5 degrees Celsius of warming by 2040, which renews the urgency for collective climate action.

Previously, IPPC’s special report in 2018 had projected that global warming is likely to reach 1.5 degrees Celsius between 2030 and 2052. The timelines have now been made more definitive, with the new IPCC assessment finding that the global temperature is expected to reach or exceed 1.5 degrees Celsius of warming by 2040. Importantly, the scientific evidence in the report unequivocally finds human influence to have warmed the atmosphere, ocean and land. These estimates renew the urgency for collective climate action ahead of the COP26 scheduled for November, as close to 1.5 degrees Celsius or even 2 degrees Celsius will be beyond reach if countries fail to achieve immediate, rapid and large-scale reductions in greenhouse gas emissions, Mr Bhushan said.

Global Eradication Of COVID-19 More Feasible Than For Polio: Analysis