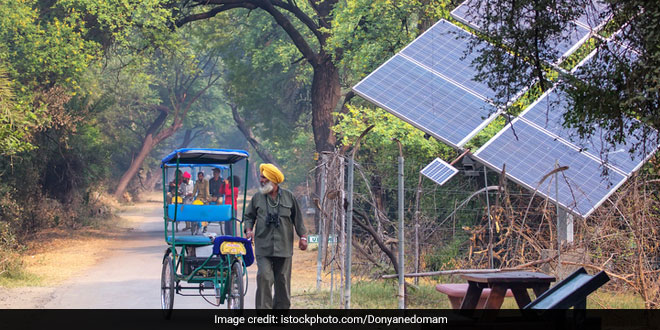 He said India has also succeeded in expanding its forest cover and safeguarding its biodiversity.

And, on the world stage, India has pioneered two major initiatives: The International Solar Alliance, and Coalition for Disaster Resilient Infrastructure, he said.

The Prime Minister said India will celebrate 100 years as a modern, independent nation in 2047.

To all my fellow residents of this planet, I make a solemn pledge today. Centennial India will not only meet its own targets but will also exceed your expectations, he said.

PM Modi said the summit marks the fifth anniversary of the Paris Agreement – the most ambitious step in our fight against Climate Change.

Today, as we are looking to set our sights even higher, we must also not lose sight of the past. We must not only revise our ambitions but also review our achievements against targets already set. Only then can our voices be credible for future generations, he said.

The Paris Agreement is a legally binding international treaty on climate change. It was adopted by 196 Parties at COP 21 in Paris on December 12, 2015, and entered into force on November 4 2016. Its goal is to limit global warming to well below 2, preferably to 1.5 degrees Celsius, compared to pre-industrial levels.

Also Read: Despite Government’s Push For Renewable Energy, The Polluting Thermal Power Will Continue To Dominate In India For Years To Come