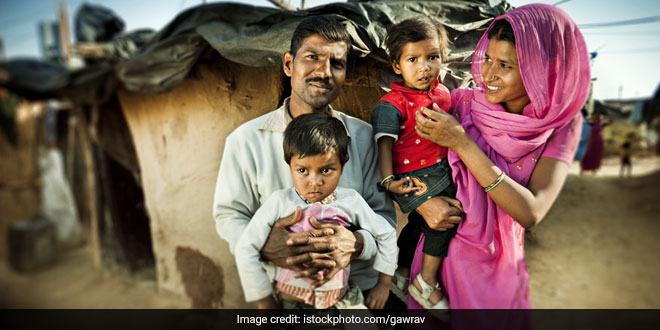 New Delhi: The prevalence of undernourishment in the total population in India has declined from 21.7 per cent in 2004-06 to 14 per cent in 2017-19, estimates the State of Food Security and Nutrition in the World report. The report, which is considered as the most authoritative global study tracking progress towards ending hunger and malnutrition, is prepared jointly by the Food and Agriculture Organisation of the United Nations (FAO), the International Fund for Agricultural Development (IFAD), the United Nations Children’s Fund (UNICEF), the UN World Food Programme (WFP) and the World Health Organization (WHO).

In addition to the decline of 60 million undernourished people in India in over a decade, the UN study also says that there were less stunted children and more obese adults in the country.

The two subregions showing reductions in undernourishment — eastern and southern Asia – are dominated by the two largest economies of the continent – China and India. Despite very different conditions, histories and rates of progress, the reduction in hunger in both the countries stems from long-term economic growth, reduced inequality, and improved access to basic goods and services, explains the UN study. 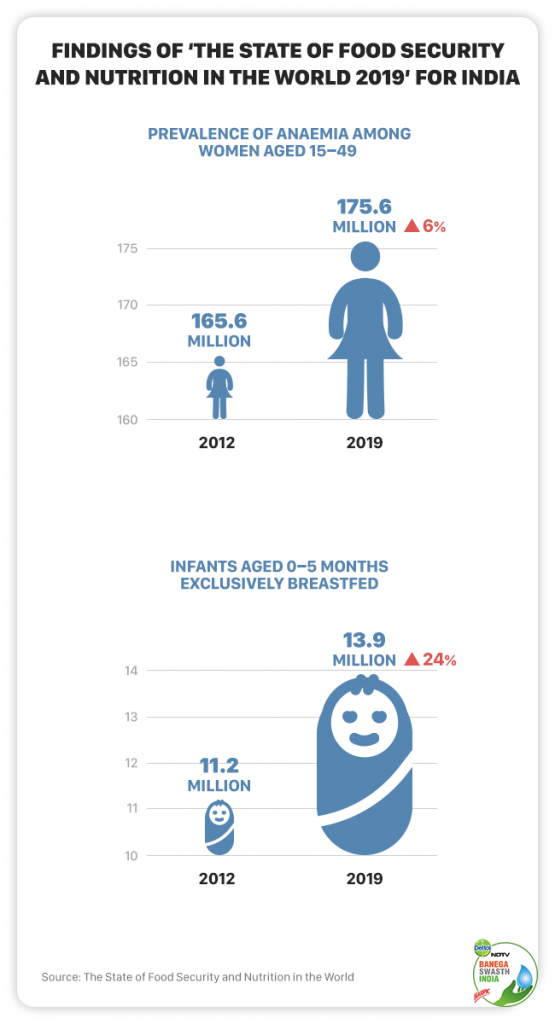 The global projection of the study estimates that almost 690 million people globally were undernourished in 2019, up by 10 million from 2018’s figure of 680 million people. 191 million children under five were stunted or wasted – too short or too thin while another 38 million under-five children were overweight. 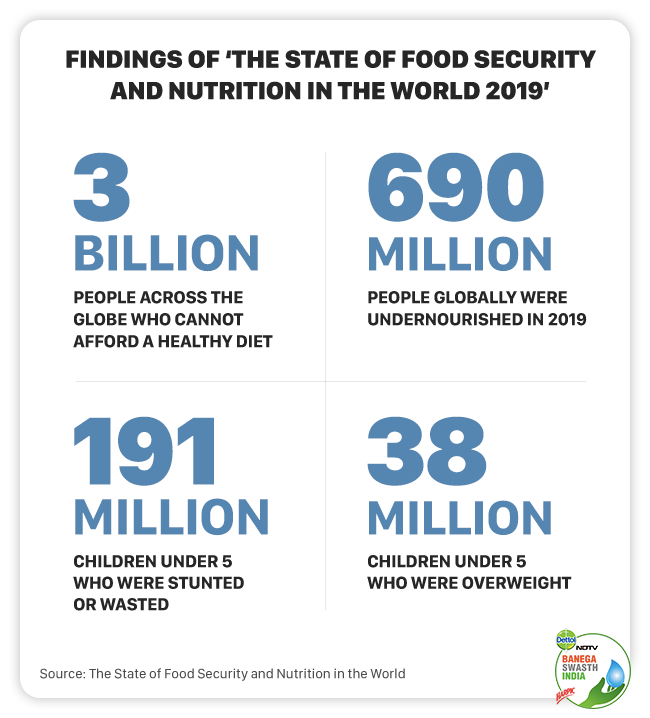 With the ongoing COVID-19 pandemic, the UN report forecasts that the coronavirus could push over 130 million more people into chronic hunger by the end of 2020.

While the report says that it is too soon to assess the full impact of the lockdowns and other containment measures, it estimates that as many as 132 million, may go hungry in 2020 as a result of the economic recession triggered by COVID-19.

This figure will be over and above the 690 million undernourished people reported in 2019.

The COVID-19 is intensifying the vulnerabilities and inadequacies of global food systems – understood as all the activities and processes affecting the production, distribution and consumption of food, explains the UN study.

In percentage terms, Africa is the hardest hit region and becoming more so, with 19.1 per cent of its people undernourished.

At the current trends, by 2030, Africa will be home to more than half of the world’s chronically hungry, states the State of Food Security and Nutrition in the World report.

Suggestions By The Report To Cope With Malnutrition Amid COVID-19

In order to cope with the crisis of malnutrition which HAS intensified due to the COVID-19 pandemic, the UN study calls on the governments to mainstream nutrition in their approaches to agriculture. Additionally, it advises them to cut cost-escalating factors in the production, storage, transport, distribution and marketing of food – including by reducing inefficiencies, food loss and waste.

The State of Food Security and Nutrition in the World also urges governments across the globe to support local small-scale producers to grow and sell more nutritious foods, and secure their access to markets.

Prioritise children’s nutrition as the category in greatest need,  foster behaviour change through education and communication and embed nutrition in national social protection systems and investment strategies, reads the report.

The report notes that generally, cash transfer programmes are considered an appropriate instrument to increase dietary diversity in well-connected urban or rural contexts, while in-kind transfers are more appropriate for remote areas, where access to markets is severely limited. It explains,

In India, for instance, the country’s Targeted Public Distribution System represents the largest social protection programme in the world, reaching 800 million people with subsidised cereals that can be purchased from more than 500,000 fair price shops across the country.

Apart from procuring food products from the farmers, these hubs provide services such as farm inputs and equipment, as well as access to credit. Having food processing, packaging and cooling facilities at the same location allows consumers to benefit from economies of agglomeration and, on the whole, reduce transaction costs throughout the food supply chain. This model in India has given rise to rural supermarkets that provide cheaper staple food, it added.

Lastly, the report states that about three billion people across the globe cannot afford a healthy diet and the government interventions need to be strengthened taking the COVID-19 pandemic into account.