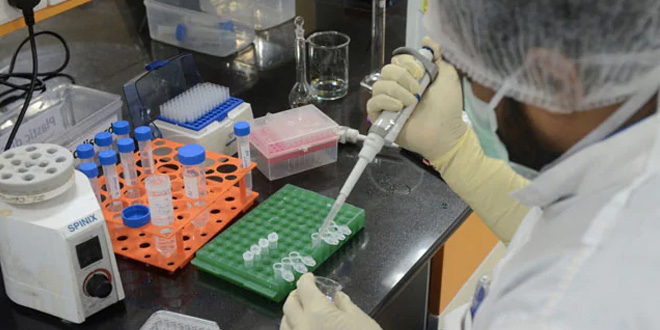 New Delhi: India’s health minister said on Sunday a locally-developed COVID-19 vaccine candidate could complete its final trials in a month or two, raising hopes for a rapid roll-out in a country with the world’s second highest number of infections. The state-run Indian Council of Medical Research (ICMR) and privately-held Bharat Biotech this month started third-stage trials of COVAXIN, in a process that would involve 26,000 volunteers. It is the most advanced Indian experimental vaccine.

Also Read: Where Are We In The COVID-19 Vaccine Race?

“We are in the process of developing our indigenous vaccines, in the process of completing our third-phase trials in the next one or two months,” Harsh Vardhan told a web conference on the pandemic. He reiterated the government’s plan was to immunise 200 million to 250 million Indians by July. An ICMR scientist told Reuters earlier this month the vaccine could be launched in February or March, although Bharat Biotech separately told Reuters on Friday that results of the late-stage trials were expected only between March and April.

Dr. Vardhan, however, said in September the government could opt for emergency vaccine authorisation, particularly for the elderly and people in high-risk workplaces. Indian officials have said they expect to rely on COVAXIN and four other locally-tested candidates to control COVID-19, as they do not expect early access to sufficient quantities of those developed by Pfizer and Moderna.

The other experimental vaccines on trial in India are the one being developed by AstraZeneca and Oxford University that is being manufactured by the Serum Institute of India; Russia’s Sputnik-V; Zydus Cadila’s ZyCoV-D and lastly one that Biological E. Ltd is developing with Baylor College of Medicine and Dynavax Technologies Corp.

Serum’s CEO said on Friday the AstraZeneca vaccine could be delivered to Indian healthcare workers and the elderly by January.

India on Sunday (November 23) recorded 45,209 new infections, taking the total to 9.09 million, only behind that of the United States. Deaths rose by 501 to 133,227, with Delhi recording the highest number of daily fatalities in the country over the last few days.