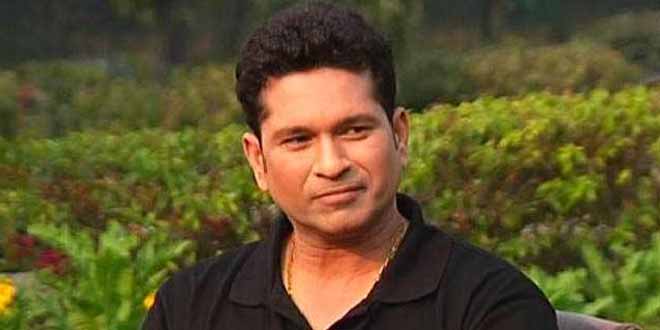 New Delhi: Being one of the nine Swachh Bharat Abhiyan ambassadors nominated by Prime Minister Narendra Modi, cricket legend Sachin Tendulkar gave a special ‘Swachh’ message to the citizens as India entered its 71st year of Independence yesterday. The Rajya Sabha MP highlighted the importance of a healthy nation by underlining the role of Clean India Mission. He urged the nation to set a goal of achieving a ‘Swachh’ (clean) and a ‘Swasth’ (healthy) Bharat for the ‘years to come’.

Sachin Tendulkar posted his special message on twitter, “Namaste India! It’s a very proud day for all of us. As we celebrate 70 years of freedom, we can look back on the immense progress we have made in nearly every field. Feel the pride of being part of such a glorious nation. Today, let us set ourselves a goal for the years to come, moving forward together both as a Swachh Bharat as well as a Swasth Bharat. May the Indian tricolour always fly high…”

The cricketer had last year said that ‘Swachh Bharat’ and ‘Swasth Bharat’ go hand in hand. Giving an example of unhygienic practices the former cricket captain had also said that many children under the age of five die in India every year because of diarrhoea related diseases caused due to lack of sanitation and cleanliness. The cricketer had also made a plea to all Indians to dedicate an hour a year to clean a place which will go a long way.

To bring about a behavioural change in the mindsets of people towards cleanliness, the Swachhta ambassador had said that it’s a no-brainer that if you won’t spit in front of your house, why spit in front of someone else’s. Taking on the mindset of looking down on the ‘safai karamcharis’, Mr Tendulkar said that they are people trying to keep the country clean while we dirty it.

In 2014, to contribute in government’s Swachh campaign, the cricketer had even adopted a village in Nellore district of Andhra Pradesh which turned open defecation free last later. He also adopted Donja village in Osmanabad district of Maharashtra in March 2017 to increase the sanitation coverage and provide clean drinking water to the villagers.