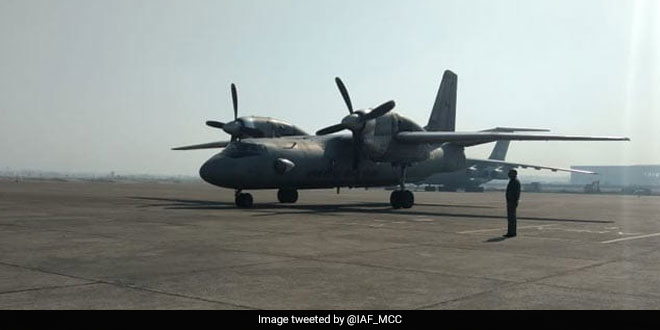 Chandigarh: In a first, experimental test pilots and test engineer of the Indian Air Force (IAF) flew an An-32 military transport aircraft using blended bio-jet fuel. The sortie was flown at Chandigarh on Monday morning.

The project is a combined effort of IAF, the Defence Research and Development Organisation (DRDO), the Directorate General Aeronautical Quality Assurance (DGAQA) and CSIR-Indian Institute of Petroleum. The IAF said in a statement,

The IAF carried out extensive engine tests on the ground. This is now followed by flight trials using 10 per cent bio-jet blended ATF. This fuel is made from Jatropha oil sourced from Chattisgarh Biodiesel Development Authority (CBDA) and then processed at CSIR-IIP, Dehradun.

IAF intends to fly the An-32 transport aircraft using bio-jet fuel on 26 January 26, 2019 at the Republic Day flypast.