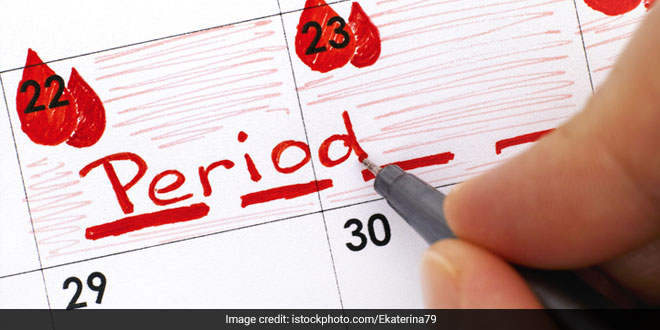 New Delhi: Indian schools must develop better awareness and infrastructure for periods, shows Everteen Menstrual Hygiene Survey, conducted ahead of the Menstrual Hygiene Day. The Everteen menstrual hygiene survey was conducted among nearly 7,000 Indian women participating from various cities of India including Delhi, Mumbai, Bangalore, Chandigarh, Hyderabad, Ahmedabad, and Kolkata. Over 51 per cent of women respondents claimed that Indian schools do not have adequate systems to educate or mentally prepare teen and adolescent girls regarding the onset of menstrual periods.

More than 95 per cent women asserted that Indian school system should have some awareness programmes to prepare girls on the subject.

The Everteen Menstrual Hygiene Survey also revealed that during adolescence, nearly 60 per cent women did not have any prior knowledge about menstrual periods. In fact, as many as 38 per cent of women had first misinterpreted it as an injury or disease.

In terms of infrastructure, almost 59 per cent of women felt that schools do not have adequate cleanliness of public toilets or facilities for girls to change and dispose of sanitary pads.

Menstrual hygiene and wellness have been known issues in the Indian context. While there has been some progress in recent years, it is imperative that we leverage our strength in the Indian value-based systems and inculcate the importance of good menstrual hygiene from the onset of puberty itself, said Chirag Pan, CEO, PAN Healthcare.

“Schools can and must play a pivotal role in bringing this paradigm shift through classroom education, awareness programs and focused infrastructure development,” added Mr Pan.

At workspaces too, 41 per cent women felt their office needed better cleanliness and facilities to change and dispose of sanitary pads in toilets.

The survey also suggests that the role that doctors can play in preventing gynaecological problems is significantly downplayed due to the shame and guilt associated with menstrual cycles in the Indian context.

More than 50 per cent women said they have had some gynaecological infection or problem such as UTI, rashes, foul smell or itching during or after menstrual cycle in the past one year. Among these, 20 per cent of women had such issues more than three times during the year.

More than 64 per cent women have faced irregularities in their period dates, out of which half have had to deal with it more than three times in a year. Ironically, only 37 per cent women said they consult a doctor in case of irregular periods, whereas 32 per cent prefer to discuss it within the family and 30 per cent just ignore it.

Similarly, more than 54 per cent of women have had white discharge, but only 25 per cent prefer to consult a doctor.

As many as 56 per cent of women believe that menstruation is still perceived as a taboo in Indian society. Not surprisingly, then, more than 42 per cent of women felt uncomfortable buying sanitary essentials from a shop or a chemist, especially when there were several other customers.

Because of the guilt associated with the menstrual cycle, 87 per cent women admitted that they had to hide or secretly take their sanitary product for changing. Interestingly, more than three-fourth of the respondents said that menstruation would not have been such a taboo subject in the society if men had it too!

Another key revelation from the survey shows that 53 per cent of women have used a public toilet more than 3 times at the office, mall or cinema hall to change sanitary product.

Our Everteen survey shows that 75 per cent of women feel uncomfortable having to use public toilets to change sanitary products. Yet, more than 93 per cent women still use sanitary napkins, said Hariom Tyagi, CEO, Wet and Dry Personal Care.

“By switching to better, modern-age menstrual hygiene methods (MHM) such as menstrual cups, women can reduce the number of times they have to change their sanitary product in a day. Many women have told us that using menstrual cups has greatly reduced their daily discomfort due to periods,” added Mr Tyagi.

The survey revealed that menstrual cups are now being used by 4 per cent of the women, and their adoption has overtaken tampons by almost double.

One of the alarming trends that emerged from the survey shows that more than one-third of women said they have used a pill or some other method to delay periods in case of an important occasion.

Related Topics:
Menstrual Hygiene In India Menstruation In India
Up Next

BMC’s Revised Guidelines For COVID-19 Testing: Pregnant Women Likely To Deliver In Next 5 Days To Be Tested