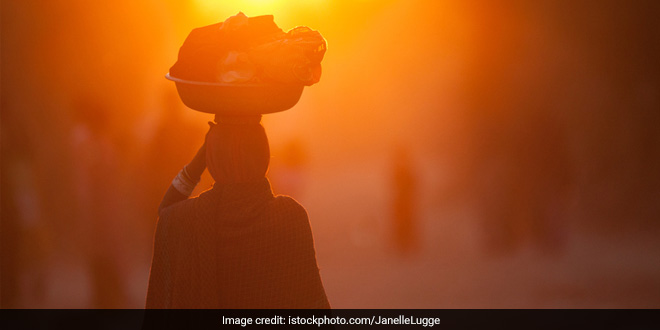 New Delhi: It’s hard to imagine that in the 21st century not only are women still fighting for gender equality to stake a claim for what is rightfully theirs, but they continue to wage a battle to fight societal bias and ignorance about something as basic as sanitary pad. Generations of women have silently suffered through their menstrual cycle without knowledge, guidance or healthy alternatives, given the stigma attached to this natural process that every woman goes through every month. Even in today’s day and age women use and reuse cloth or worse, use dust or husk during their periods, not realising the dangers of these unhygienic methods and the price they have to pay. 45-year old Sabu Devi Kalbelia learnt it the hard way. A tribal woman, a daily wager and mother of two, she lives in a hut in a remote Titoli village in Rajasthan‘s Bhilwara district, where they still don’t have access to toilets despite five years of Swachh Bharat Abhiyan and defecate in the open. Sabu Devi has not known any other method to handle her periods except the rag she would reuse after a wash every time. But around two years ago it landed her in grave danger.

Talking about her ordeal, she told NDTV,

I am not literate and so I was working as a mason until two years back. One day while working I felt gnawing pain in my abdomen region. I ignored it thinking I must have pulled some muscles as I used to carry heavy bricks on my head. I tried to soothe it by using hot bricks for fomentation. After no relief, I had to see a doctor in the government hospital of my block. The doctor asked me to get some tests done including a sonogram. In the sonogram, it showed that there is an army of ants inside my uterus and this has happened because of using a dirty cloth during menstruation. The doctor told me that I need an operation immediately and my womb needs to be removed. While I had no intentions of giving another birth, I was very scared to lose my womb, an organ of my body. Also, the expense of operation and medicines was over one lakh that added to the economic burden on us. 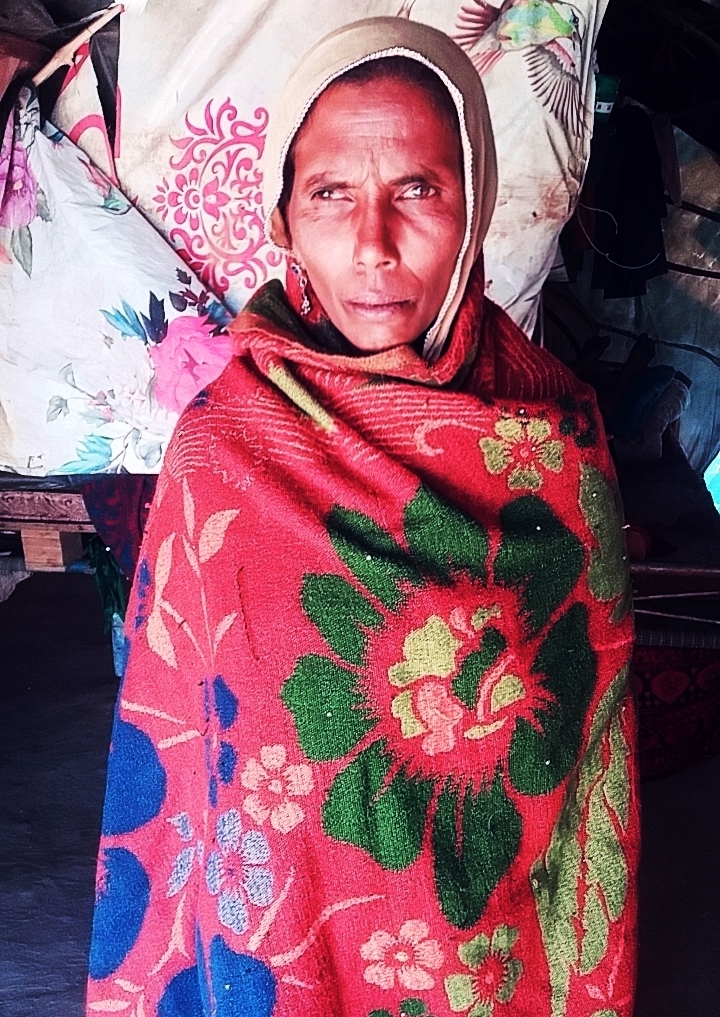 Till that moment she had no clue that like many other women the method she was using since she was a teenager, can put her life in danger.

Sabu Devi says as is the practice, women do not talk about menstruation and other women related health issues. She said,

We do not let men in the family know that we are on our periods. It is a very shameful thing.

Because of this tradition, like Sabu, many other women of her community, do not dry the cloth used during menstruation in open after washing it. They usually put it under a saree or some other cloth because of which the cloth is not exposed to direct sunlight and does not dry properly.

According to Sabu Devi, she is not the only woman in her village who has lost her womb because of using ‘ganda kapda’ (dirty cloth). She said,

There are some women even younger than me who have got their womb removed because of complications caused by using the dirty cloth. Some even put sand and mud inside the cloth so that it had hold more blood.

NDTV tried to reach out to some of the other women as well but they were too shy to share their story with media.

Sabu Devi’s trauma didn’t cease after her operation, to try to recover the cost of operation she resumed working during her recovery period and started experiencing constant pain in her back. After sometime Sabu Devi had to give up working altogether. Given her husband’s old age and her medical condition, both are now dependent on their 24-year old son whose meagre earnings come from daily wage masonry jobs he picks up. Sabu Devi’s son says,

I know she is not doing well and I know why but what can I do? If you want I can show the sonogram report. My mother is an unfortunate woman.

Dr. Mohammad Rafiq, Rajasthan nodal officer, Department of Health and Family Welfare says that, in order to help girls and women manage their periods safely, the state of government of Rajasthan has been distributing sanitary napkins to girls in the age group 10-19 through the health department since past few years. He said,

Girls in the age group 10-19 who are enrolled in government schools get 12 pads per month from the school and those who are out of schools get the same from the anaganwadi centres.

However, there is no scheme/programmes being run by the state government to provide sanitary pads to women who are 20 years and above.

The Department of Women and Child Development, on the other hand, has been organising awareness-building programmes like ‘Chuppi Todo’ to break the stigma around menstruation and encourage women and girls talk about the issues they face during menstruation.

Tara Ahluwaliya, a social activist who has been working on raising awareness about safe menstrual hygiene management in rural parts of Rajasthan said,

There is an extreme lack of access to information and safer ways of managing periods among women from tribal and scheduled caste community in rural parts of Rajasthan. While the state government is running a sanitary napkin distribution scheme for young girls in schools and anaganwadi centres, it is absolutely not enough. There is a need to focus on menstrual hygiene along with menstrual health at the grassroots level.

She further said that many girls and women are made to feel like untouchables, stop going to schools, barred from entering religious spaces or kitchen and even made to sleep in a separate room, which is often outside the house. This is despite the fact that many of the girls get a supply of sanitary pads either from the school or the anganwadi centres. She said,

The problem is beyond the issue of hygiene. Supplying sanitary pads alone cannot fight the stigma associated with menstruation and women’s body. Even as we are in the 21st century and we are trying to become a superpower, we are very much behind in providing holistic health and wellness to our women. Something as basic and natural as periods is looked upon so badly. There is still an urgent need of initiatives that can foster healthy conversations around women’s bodies and menstruation. Also, these conversations need to happen with not only adolescent girls but with women of all ages as the older women play an important role in imparting information and supporting young girls.

It will not be easy to uproot some of these beliefs and practices that are deeply entrenched in society. The extent of the problem can be gauged from the fact that even after facing such grave life-threatening situation Sabu Devi’s 15-year old daughter still uses cloth during her periods. She apparently cannot afford to buy sanitary napkin every month.

Ladies, This Women’s Day Take The Pledge To Stay Healthy And Guard Against These Common Health Problems Faced By Women In India

My School, My Farm: This IAS Officer’s Brainchild Has Led To A Poshan Revolution In A Remote Mizoram District