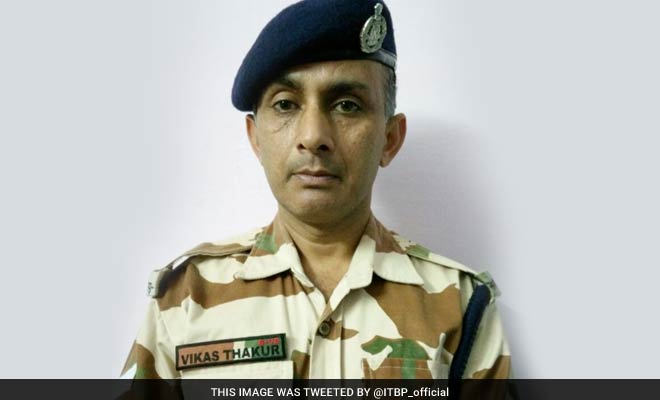 Vikas Thakur has contributed his salary for 2 months to build toilets in Badhana village in Himachal Pradesh.

“I was there for a village meeting, when the Sarpanch ordered the villagers to construct toilets by this December. Nearly 57 families there started panicking since they didn’t have enough money to do so. That’s when I decided to help these families out.”

Thakur contributed Rs. 57000 to be distributed to each family in Badhana village that wants to build a toilet but cannot afford to do so.

“I donated the money on October 2 this year since it’s a good day to do something charitable like this,” he added.

Vikas Thakur’s contribution was noticed even by the Prime Minister who mentioned him in the 25th edition of ‘Mann Ki Baat’.

“But how was this accomplished? An ITBP Jawan, Vikas Thakur, has shown an exemplary commitment towards Swachh Bharat Mission. His sublime gesture has contributed to his home state achieving open defecation free status,” added PM Modi.

Speaking to NDTV, Vikas Thakur said, “I felt proud when the Prime Minister talked about my village and my ‘Swachh’ endeavour, I will never forget this.”

Seeing Vikas Thakur’s ‘Swachh-deeds,’ one of his friends and a cousin from the village, named Shyam Sigh Pundhir also deposited Rs. 30, 000 for the constructions of toilets in his village.

A journalist named Anjali Tyagi too joined the ‘Swachh’ cause and deposited Rs. 30,000 for her village.

“It would be great if more people can come forward and donate money for this cause, it will definitely make our India free from open defecation,” added Vikas Thakur.

Can Fuel Created From Sewage Be The Future?

Cleanliness Status In Villages To Be Reviewed