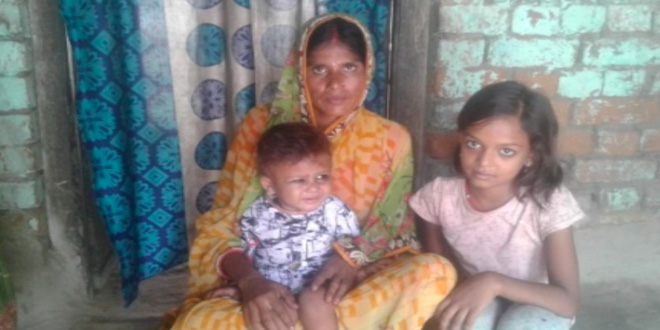 New Delhi: Pawan Rekha Devi lives with her husband Mahadev Paswan, mother-in-law and her two children, in Bihar’s Gangarho, village. Her husband, Mahadev, works as a labourer to support the family of five. Back in 2009, Pawan delivered her first child, a girl, in a government hospital. After both mother and child were discharged from the hospital, as per the family’s tradition, the newborn and the mother were given a cold bath, right before they entered the house. Since it was winter season, the infant caught pneumonia because of the cold water bath.

Furthermore, due to certain orthodox beliefs, the daughter was not vaccinated properly for many crucial diseases, leading to frequent health issues. She was also fed milk diluted with water through her first few months. Due to these practices, the infant remained weak and also suffered a lot due to her health issues.

Not just that, as her father was the sole breadwinner, her health issues would cost them a lot money. When the times got tougher, Mahajan even had to borrow money to deal with the crisis.

Apart from the financial help, she also received lot of support and health related information after joining JEEViKA group. One of the major thing she learned was to realise the irrelevance of orthodox practices in today’s day and age.

Her group’s ASHA worker, CM Babita Devi also motivated her to adapt to the changing times.

Babita didi taught me a lot of things, including importance of hygiene for me and my child. When I became pregnant 9 years later with my second child, I knew I needed to do things differently and not repeat the same mistakes I made with my daughter, she told NDTV.

Pawan Rekha Devi was registered with the government and Anganwadi for her second pregnancy. She also received frequent health checks, nutrition and hygiene related tips throughout her pregnancy.

Also Read: How Did A Jharkhand District End Up Growing 5,000 Trees Through An Initiative To Promote Safe Use Of Sanitary Pads?

When the time came for her second child to be born, she delivered him in the hospital with ASHA workers in attendance, helping her through the labour.

She followed all the guidelines and lessons taught to her by Babita didi. The child was exclusively breastfed for the first six months. After the completion of six months, the child was fed nutritional supplement prescribed by the doctor.

This time, the baby was also bathed six days after he reached home. Moreover, the child was given all the vaccines. So the baby had a healthy growth and even started walking in 9 months.

Today, Pawan feels empowered, earning her living and having a support system of women. She chose health and hygiene over traditions and ensured a healthy turnaround for her family.

The sisters of Jeevika Group, took inspiration from Pawan and started educating the older ladies in the village, including Pawan’s mother-in-law, about the pitfalls of age old traditional, unscientific practices like cold bath.

They organise frequent meetings and also explain  the many hygiene and nutrition related reasons behind their children or grandchildren falling sick and increasing their expenses.

Pawan’s mother-in-law now firmly believes that after leaving her old traditions, her youngest grandchild is healthy, fickle and rarely sick.

If he falls sick, then it is cured quickly, unlike the case with my granddaughter, she tells NDTV.

Their ASHA worker, Babita didi told NDTV that the credit should be given to the entire family for their efforts in ensuring the second child doesn’t meet the same fate as their daughter. She said,

If the members of Pawan Rekha Devi’s family did not agree with what the livelihood group and I had said, their son would’ve dealt with the same issues as their daughter. It is very difficult to make such a big change, due to which the second child of Pawan Rekha Devi is healthy, fit and happy.

Women’s Day 2021: “I Have Never Owned Underpants, So How Could I Use A Sanitary Pad?”