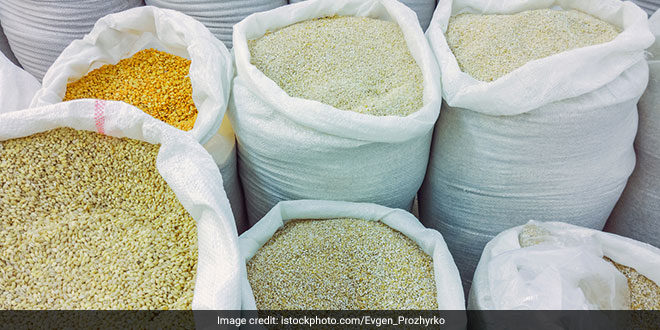 Srinagar: The Jammu and Kashmir administration has distributed as many as 7.43 lakh quintals of ration to around one crore people in the last 20 days. After the lockdown was announced last month in the wake of the coronavirus, the Central government and the Jammu and Kashmir administration laid full emphasis on ensuring essential supplies to the people in the region. An official release said,

In the last 20 days, the Jammu and Kashmir administration launched an ambitious effort to distribute two months’ advance ration — April and May — to all 26.45 lakh ration cardholders in the Union Territory of Jammu and Kashmir.

As per the plan, the Union Territory administration through its network of 7694 fair price shops and private ration dealers was to distribute 11.47 lakh quintals of ration to all the ration cardholders by April 17. Out of this, as on April 10, as much as 7.43 lakh quintals of ration has been distributed to nearly one crore people of Jammu and Kashmir, that makes 65 per cent of the total ration of two months.

According to the release, under the Pradhan Mantri Garib Kalyan Ann Yojana (PM-GKAY), 1 kg of pulse per AAY (Antodaya Anna Yojna) and PHH (Priority Household) families will be distributed later in the month. The government said that 22 lakh quintals of food grains have to be distributed among 1.15 crore beneficiaries in 55 days.

Nearly 1.10 lakh stranded migrant labourers and other destitute are being provided ration support in the form of flour, rice, cooking oil, salt, sugar, soap, etc., by various Deputy Commissioners in the entire UT of Jammu and Kashmir.

Three oil companies — HPCL, BPCL and IOC — have launched a massive campaign to provide home delivery of free cylinders to the PMUY beneficiaries.

Related Topics:
Coronavirus Jammu and Kashmir Swasth India
Up Next

Possibility of COVID-19 Transmission From Mother To Newborn, Says ICMR