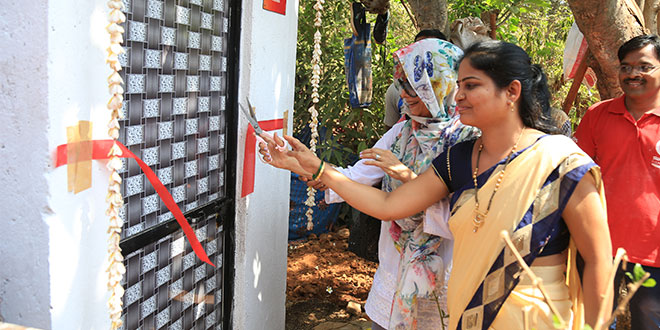 Mumbai: When Ronnie and I decided to set up a foundation with the audacious goal of empowering millions of lives the first thing we did is we undertook a year of study and travel to understand how we could possibly go about it? What would be the method? We travelled extensively meeting NGO’s, communities, philanthropists, corporate and government officials and finally arrived at our 360-degree holistic model of development encompassing initiatives in Health, Education, Water & Sanitation and Economic Development. We were designed our ‘4E strategy’: Engage, Empower, Execute Exit. Above all, we are convinced that without empowered communities at the forefront, change cannot be sustained.

When we began our journey in Raigad (in Maharashtra), we realised that a lack of water and sanitation facilities was a major problem. We heard heartbreaking stories from women who fetched water for almost five hours a day, young girls who did not go to school but fetched water, women did not go to relieve themselves for 15 hours a day, going only at night often in groups for safety. Some were bitten by snakes, some develop UTI and other health conditions. Girls dropped out of school after puberty due to lack of a separate toilet for girls and often no proper toilets at all. Elderly people really suffered esp. during the monsoon when it was slippery. 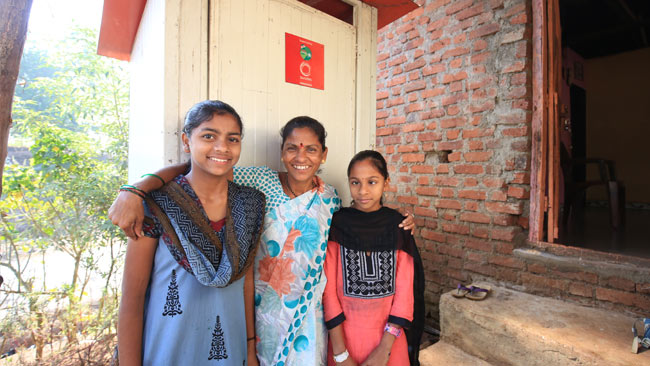 Prachi Prahalad always worried about the safety of her daughters going out in the dark to relieve. Today she has a toilet at her home

At the time we began it was fashionable to think of building community toilets in villages, we were convinced that was an unsustainable solution, in the sense who would clean it, repair it. We were convinced that the solution is to have an individual household toilet for every home and at schools to have separate toilets for boys and girls.

4. Upkeep & maintenance of the toilets (ownership)

The Early Days Of Our Journey Into Sanitation

In 2003, when we began our journey into sanitation, it was extremely difficult convincing people to have a toilet at home. For them to think differently to what they have been practicing for decades we knew will take time. We also knew that if we build a few 100 toilets and then the journey will become much smoother.

The challenges were immense. About 1,300 toilets we built in the early days were single soak-pit models and soon we realized the best way forward was to have twin soak-pit and subsequently all out toilets were built accordingly. But when it came to rocky terrain, the soak pits weren’t possible for obvious reasons, we tried building bio-toilets in such cases. We were also faced with situations where the household did not have space to build toilets and in such cases, we got some land from the gram panchayat for those households or as last resort suggested sharing between two households.

Our approach to building the toilets was vendor-led – we felt it the best way to reach scale quickly and with quality under check. We also realised from day one that the community must contribute financially in order to take full pride and ownership and to ensure they wanted the toilet and used it. I really thank our team and our vendors for their extremely hard work. Often the community helped as there were no roads to the village and the stones and cement needed to be head loaded (i.e. people walked with the material on their heads!).

The other thing was cost and quality, there was much debate on this at our foundation, where we argue about everything! In the end we agreed that what now costs 24,000/- plus, is a toilet built to last.

The Behavior Change And Ownership

It wasn’t as simple as building toilets everywhere and being assured it will be used. After getting the toilet built, the most challenging aspect was to ensure that all members of the household use it regularly, espceially the men. We experienced women as early adopters as they were at the most disadvantaged position with the problem and toilet at home allowed them the dignity and safety to relieve themselves.

However, for the solution to practically impact and benefit everyone, a lot of behavior change communication has to be done. 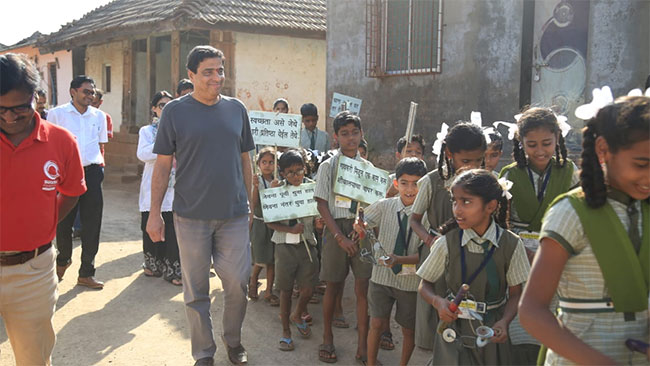 We created a massive community awareness programme with the community, street plays, rallies, mass awareness campaigns, video shows etc. were done across the geography to hammer in the concept of open defecation free communities. Our school children who were using toilets in school became our ambassadors in the community to drive the behavior change as well. In many cases these amazing children ended up being influencers in getting a toilet built at home.

The children at schools also underwent awareness on Water, Sanitation & Hygiene (WASH). With a mix of activities such as handwashing technique, essay/ drawing competitions, songs etc., the importance of maintaining hygiene was taught to the children. 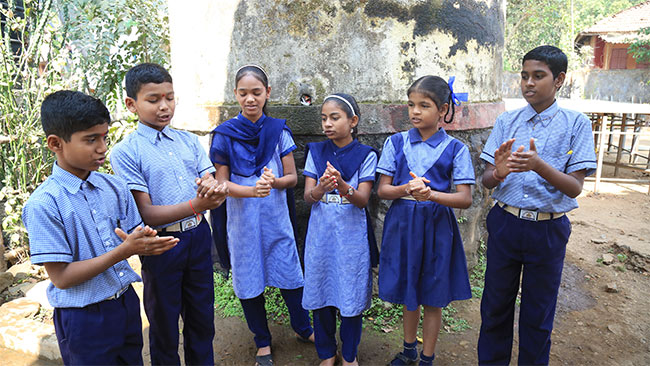 Schools being a conducive place for children to learn, practice and adopt habits, this served well at creating more aware future citizens of the country. Over 1,000 teachers across 500 government and private schools were trained and this benefitted nearly 52,000 children.

Later, a module on ‘Community-Led Total Sanitation’ was adopted by us and done to make the community aware of the ill-effects of open defecation and urged them not to. To support this a ‘Nigrani Samiti’ with representatives from the village was formed in every village whose responsibility was to ensure that everyone uses their toilet and their village remained ‘Open Defecation Free’.

At the peak of our implementation, we were building and handing over about 1,000 toilets every month. Today, we have built nearly 23,000 household toilets and all of the seven blocks (Mangaon, Mahad, Mhasla, Poladpur, Tala, Shrivardhan & Sudhagad) that we work in are open defecation free. We also built toilets for boys & girls in nearly 200 schools. This movement had a very good impetus with the government’s focus through the ‘Swachh Bharat Abhiyan’.

I remember when we had taken Jayaji and Mr. Amitabh Bhachchan to the villages, they visited one of our schools and the girls were telling him how much they loved their toilet. And one little boy piped up in a loud voice and said, why only the girls, I also love the toilet because I was scared of being bitten by a snake in the monsoon time. 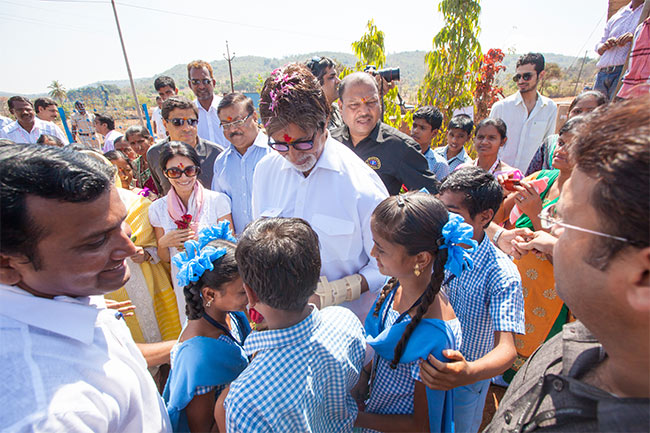 Bachchan’s during their visit to our geography

Today our empowered Village Development Committees lead the processes that our staff used to understand. Instead of our staff, these empowered villages convince the community of the need for toilets, they collect the money, we then move in and build the toilets and then once again the community takes over to ensure and drive usage. Youth members of the committee mount street plays and rally the community.

Zarina Screwvala is the co-founder of the Swades Foundation and works full time as its Managing Trustee and Director. The Swades Foundation operates with the single-minded focus of empowering rural India through a holistic 360-degree development model. Zarina is a member of the UN Women Business Sector Advisory Council (BSAC).

Coronavirus Outbreak: Door-step Delivery Of Ration Is The Way Forward To Feed The Hungry And Maintain Social Distancing In Delhi