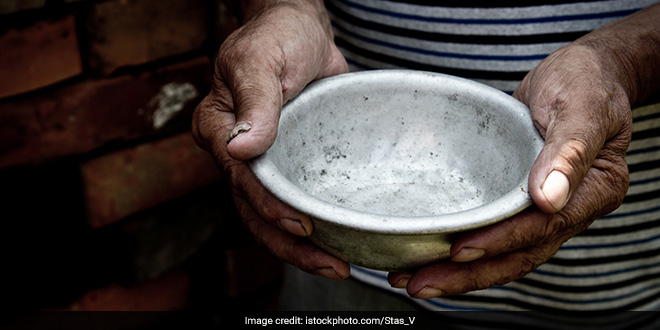 New Delhi: The Corona outbreak introduced a new norm of ‘social distancing’ in our part of the world. The Prime Minister in his address reiterated the need to maintain ‘social distance’. The challenge is its implementation specifically in human settlements like slums, resettlement colonies and JJ clusters in cities like Mumbai and Delhi. It is to be noted that in February, much before corona made inroads in Delhi; a Times of India report stated that the AAP government has declared that it has a ready blueprint to initiate delivery of ration at the doorstep. The government in its previous term had the experience of rolling out doorstep delivery of several services – like caste, income certificates and driving license.

As per Delhi government sources, there are around 72, 00,000 beneficiaries of Targeted Public Distribution System of which 17,00,000 are ration cardholders. Various media reports that time mentioned that the Food Department was giving final shape to the complete action plan. The Minister of Food and Civil Supplies was quoted as saying “this will go a long way in helping the poor and needy to obtain their ration under the National Food Security Act, 2013.”

Currently, the Delhi government has started serving food through 500 schools and 238 shelter homes and is claims to be reaching out to 4 lakh migrant population. But with the lockdown norms becoming stringent several communities across Delhi are not able to access these services.

Rukaiya, from Seelampur, says that the community kitchen is at a distance and it is not practically possible to travel 2 kms both ways to get food from there. Similar concerns are heard from other community members in other settlements. Seema, from Janta Colony, says that the police patrol vehicle chases people away if they try to leave the gali or lane for even going to community toilet at a distance let alone getting to a long distance for food.

Although the Delhi government has taken a welcome step to increase the quantity of ration through fair price shops, for people living in slums, JJ Colonies, unauthorized colonies and clusters this means, stepping out of homes and standing in long queues. Ravi, a ration card holder from Sangam Vihar remarked that ‘now there will be more rush to hoard from community members and as people here do not understand and follow social distancing’’.

At a time when social distancing is the key to prevent community transmission of COVID-19 the plan for door-step delivery of ration may act as a boon to not only keep the spread of disease at bay but also feed the hungry. If the government has a ready to implement plan, perhaps now is the time to test its feasibility on the ground.

Door-step delivery of ration was one of the 10-priorities of the AAP government. It will be useful to kick-off this process from one district and subsequently scale it up to other districts respectively.

Disinfectants Not For Human Consumption, Says Manufacturer After President Trump Suggests It For Treating Coronavirus