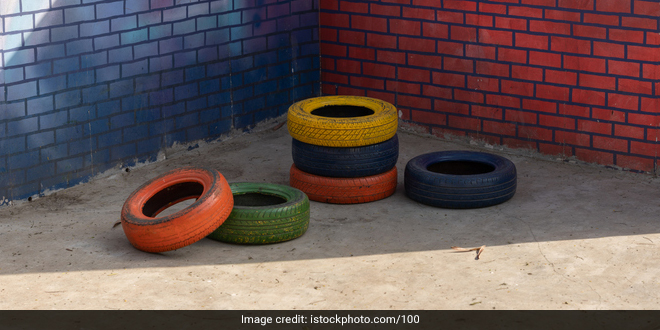 New Delhi: In the 93rd episode of his Mann Ki Baat, Prime Minister Narendra Modi on Sunday praised the Uttar Pradesh government’s campaign titled ‘Kabaad se Jugaad’ which has the objective of beautifying public places in an environment-friendly way. PM Modi termed Yogi Adityanath’s government’s initiative was an example of protection of the environment and beautification of the city.

The campaign is also an example of how to beautify public places at a low cost. I appreciate all the people involved in this campaign from the core of my heart. Realising the vision of the State Government to beautify the cities, the Meerut Municipal Corporation worked to beautify the city through waste material and disposable items. Since the formation of the Yogi government, there has been a significant improvement in the power supply in Meerut. The Municipal Corporation also resorted to artificial lights to beautify the district, the PM said during his address.

The Municipal Corporation launched a campaign to illuminate Meerut and named it ‘Kabaad Se Jugaad’. The Municipal Commissioner Amit Pal Sharma informed that the campaign is an example of how public places can be beautified at a low cost. The city is being decorated using waste and discarded items such as iron scrap, plastic waste, old tires and drums. Arrangements were made at the circuit house intersection with artificial light trees, barricading from waste wheels of hand carts, mini wheel parks, display walls from old JCB tires, and stool tables for sitting in the parks, among others. Using items at a lower cost, the city was decorated in a beautiful, unique way, presenting a ‘model’ before others,” the PM said further.

Earlier during the episode, PM Modi announced that based on the recommendation of the task force set up to observe cheetahs in Madhya Pradesh’s Kuno National Park, it will be decided when people will be able to see the animals.

Friends, a task force has been formed. This task force will monitor the cheetahs and see how much they have been able to adapt to the environment here. On this basis, a decision will be taken after a few months and then you will be able to see the cheetahs, said PM Modi in the 93rd episode of his monthly radio broadcast ‘Mann Ki Baat’.

PM Modi also said that climate change is a major threat to marine ecosystems and that the litter on beaches is disturbing.

It becomes our responsibility to make serious and continuous efforts to tackle these challenges, he said.

During the address of the 93rd episode of Mann ki Baat, the PM also announced that Chandigarh airport will now be named after Shaheed Bhagat Singh as a tribute to the great freedom fighter.

As a tribute to the great freedom fighter, it has been decided that the Chandigarh airport will now be named after Shaheed Bhagat Singh, said Modi in the 93rd episode of his monthly Mann ki Baat address.

The Prime Minister wished all the sportspersons participating in the 36th edition of the National Games starting on Thursday in Gujarat, ahead of the inauguration on September 29.

The PM also talked about the Divyangs and said,

India is winning laurels in para-sports. We have all been witness to this in many tournaments. There are many institutes that are working on helping Divangs increase their fitness levels & participate in sports. Today there are many people who are engaged in promoting the fitness culture among the specially abled at the grassroots level. This imparts a lot of strength to the self-confidence of the specially-abled.

In the broadcast, PM Modi paid tributes to BJP ideologue Deen Dayal Upadhyaya, saying he was a profound thinker and a great son of the country.

Haryana Man On Mission To Clean Up Litter From Himalayas