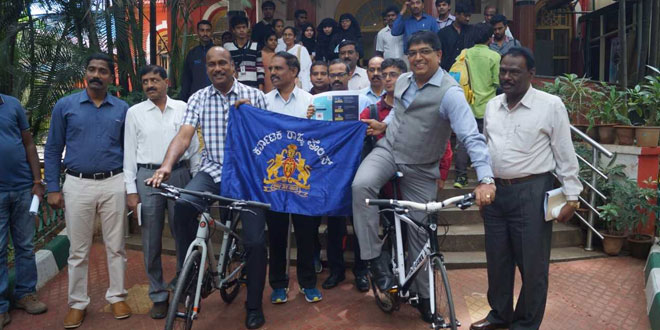 New Delhi: If you are a resident of Gadag, Mangalore, Mysore, Shivamogga or Bengaluru you are likely to come across a bunch of policemen from Karnataka State Reserve Police (KSRP) on a cycle expedition, spreading awareness on social issues including open defecation, tree plantation and communal harmony. Combining a sport activity with Swachh Bharat Abhiyan, a group of 60 policemen will travel for more than 1,750 kilometres across Karnataka and urge people to make the state open defecation free (ODF).

In first of its kind initiative known as ‘Karnataka Darshan’, the journey will begin from Bidar in north-eastern part of Karnataka and end in the state capital, Bengaluru in south/west of the state. In their swachhta mission, the policemen will go from door-to-door with an appeal to build toilets and end the practice of open defecation. They will also throw some light on menace of plastic waste and work towards ecological conservation.

It is usually the army who takes up the cycle activity to promote harmony among the officers along with spreading social messages. We decided to implement the same in our department and since the whole of India is striving hard towards achieving Centre’s dream of Clean India by 2019, we thought of utilising this opportunity and promote toilet usage in Karnataka. We hope that this will bring a change in people’s mentality, especially in North Karnataka, where open defecation is rampant, says ADGP Bhaskar Rao, Additional Director General of Police, KSRP who is leading the Karnataka Darshan rally. 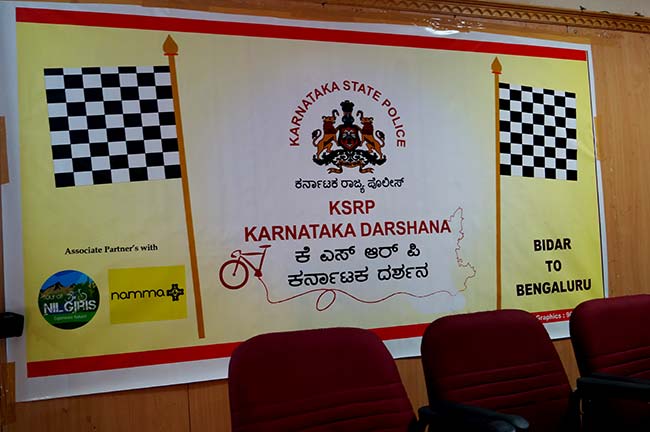 The journey which will stop at all 15 KSRP locations, will also promote water conservation and tree plantation along the way, “The aim is to promote cycle as a green vehicle among the people which can help reduce air pollution levels in Karnataka,” adds Mr Rao.

To promote tourist heritage sites like Hampi, Mysore and Mudbidri, the officers will urge the local people and respective authorities at these sites to maintain cleanliness and sanitation, “Tourism is largely dependent on the way it is maintained and hence promoting swachhta especially in these areas will be our prime motive,” says Mr Rao. Additional 1,500 people including local cyclists, local policemen will also accompany the 60 men to promote messages on Swachh Bharat 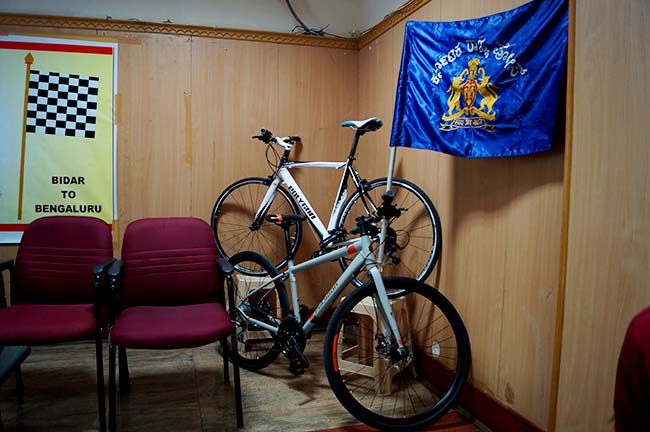 When asked if any additional measures are being taken by the police force under the ‘Clean India Mission’, Mr Rao says, “In all our 15 battalions we have aggressively implemented waste segregation. Since these battalions are situated in places with huge barren lands, the threat of open dumping spots always remains. Hence we decided to overturn the situation and instead plant fruit bearing trees which will benefit everyone.”

The move to start this cycle expedition comes in after nearly 40 KSRP personnel died, mostly due to road accidents, By using cycles, we also want to promote road safety in the state, says Mr Rao.

To test this new initiative, a few policemen embarked on a swachhta journey to Tumakuru, where the trial of spreading social messages was conducted.

Namami Gange Initiative: Bio-Toilets To Be Set Up At Ganga Ghats In Kanpur