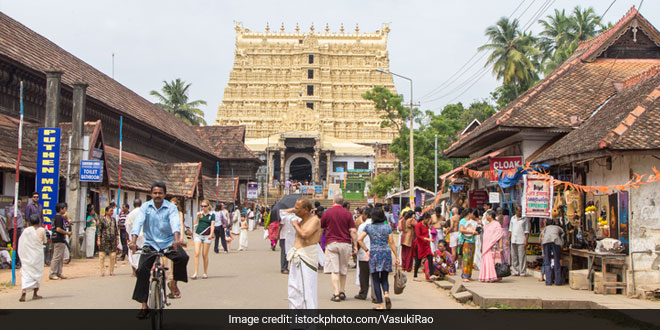 New Delhi: After Kerala recorded a spike in the number of cases last week, the state government imposed a ‘triple lockdown’ in the capital city. With the aim to control the spread of the virus, areas under Thiruvananthapuram corporation limits were put under a stringent lockdown Monday (July 6) onwards for a week.

An official from the state’s health department explained to NDTV,

We have imposed a triple lockdown in the city for a week so that people do not venture out. There’s a need for strict restrictions to contain the spread of the virus. When the situation was showing control, we eased the restrictions, but as soon as we saw a spike, we realised the need for restrictions once again. During this triple lockdown, only necessary services will be allowed.

He further explained that the triple lockdown strategy entails focused interventions by the police at three different levels to minimise the impact of the community spread, if present to prevent it altogether. The health department official explained to NDTV,

Under the triple-lockdown, there will be no public transportation. Only the medical, other essential shops and hospitals will function. People can only go to medical shops with a proper prescription. The Kerala University too, has declared the cancellation of all exams in view of the lockdown.

In the week of the lockdown, the health officials plan to carry out large-scale antigen tests in hotspots of the city. They will also use the week to carry out extensive contact tracing of those who have tested positive so far and put them in quarantine, the official explained.

He also said the restrictions in force in containment zones would be tightened and food delivery boys would also be tested.

Meanwhile, state police chief Loknath Behera in an official statement said that all the roads leading to the city would be closed and only essential services will be allowed to ply.

No vehicle movement will be allowed inside the city. In the corporation limit, only medical shops and essential shops like provisional stores will be allowed. Rest of the establishments will be closed. The state secretariat and other government offices will remain closed, Mr Behera was quoted in the official statement.

The lockdown was announced after the Tourism Minister Kadakampally Surendran said the district was ‘sitting on an active volcano’ with the rising number of COVID-19 cases and there was no guarantee that there would be no community spread. He told ANI,

The capital city of Thiruvananthapuram is moving towards a complicated situation. We are seriously watching the situation and more stringent actions are needed. The day before yesterday a police officer tested positive who was on duty outside secretariat and origin of infection could not be traced.

Mr Surendran, who is also in charge of the district, said the courts in Thiruvananthapuram would remain closed too. The Minister’s office has warned of action against those who venture out unnecessarily.

Kerala on Sunday reported second-highest single-day rise of 225 COVID-19 cases, taking the total number of cases to 5,429 in the state.