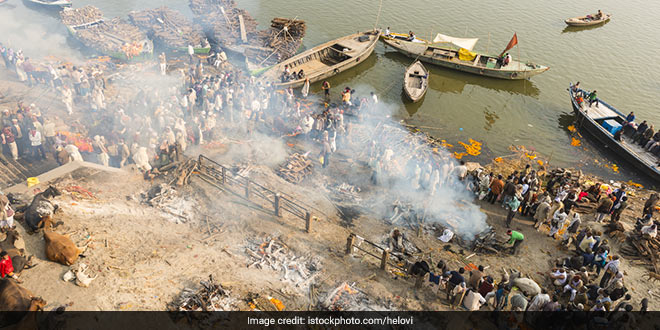 [divider][/divider]Thiruvananthapuram: The Kerala government is gearing up to switch over to gas-operated crematoriums in place of the existing electric-powered ones in public areas, as they are eco-friendly and cost-effective. According to official sources, the operation of electric-powered crematoriums has become very expensive as the power consumption is high and uninterrupted power supply is inevitable for it to keep the furnace pre-heated to burn the bodies.

At the same time, the eco-friendly gas crematoriums are not only cost-effective and time-saving but also smoke and smell-free, they said.
Suchitwa Mission, the state nodal agency for sanitation, is entrusted with the designing and technical support for the construction of LPG-powered crematoriums at the local self-government level.

On the implementation of the project, Suchitwa Mission Director (Operations) C V Joy said the gas crematorium project would be implemented with the support of Kerala Infrastructure Investment Fund Board (KIIFB), the state government’s special purpose vehicle.

A total of Rs 110 crore was sanctioned by the government for the initiative, he said.

We are planning to set up gas crematoriums in places where the respective local self-government institutions find place for the same, Mr Joy told PTI.

We have already finalised 15 locations in this regard. We hope the facility can be set up in at least 200 locations in civic bodies under the prescribed budget, he said.

Detailing the design of the new crematorium, the official said their objective is to create a place which does not feel like a conventional crematorium.

The design will be varied according to the availability of the place.. If we get adequate space, we are planning to include car parking area, air-conditioned resting room for the relatives of the deceased, special zone for rituals to perform and landscaping besides the furnace, he said. A beautiful garden is planned adjacent to all such new crematoriums, he added.

Dwelling on the cost involved in setting up the crematoriums, Mr Joy said, around Rs 60 lakh to Rs 1.50 crore is required for the construction of each gas crematorium with the above mentioned facilities.

To get a suitable place is the most challenging task in setting up crematoriums in the state, he said adding that the changing concept of crematoriums is expected to reduce the opposition from locals.

Though electric crematoriums are common now-a-days, it is not at feasible to operate in the present circumstance. Interruption of power supply and voltage fluctuation are making its operation difficult in many places, he said.

Hefty electricity bills is also another major cause of worry, the official added. The LPG-powered crematoriums are more environment-friendly compared to electric ones.

No smoke or smell will come out during or after the burning of bodies in it.. The entire cremation will be completed within two hours.. Relatives can collect ashes or bones within a short span of time, the Director added.

The Mission would hand over the crematoriums to the respective local self-government institution for operation and maintenance after completion. Mobile LPG crematoriums are fast replacing traditional firewood method as it requires only minimum space.

Air Pollution: A Plea In Supreme Court To Extend The Ban On Firecrackers In Delhi