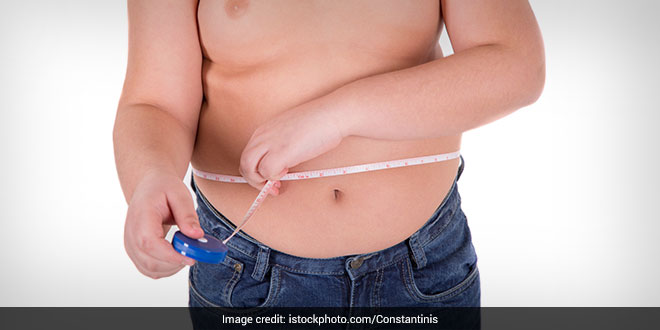 Washington: The findings of a recent study suggest that an increased risk of obesity and excess body fat in children, especially during late-childhood can be associated with a low-quality diet during their mother’s pregnancy, which is high in foods and food components associated with chronic inflammation, during pregnancy. The findings were published in the open-access journal BMC Medicine. Researchers from University College Dublin, Ireland found that children of mothers who ate a higher quality diet, low in inflammation-associated foods, during pregnancy had a lower risk of obesity and lower body fat levels in late-childhood than children whose mothers ate a lower quality diet, high in inflammation-associated foods, while pregnant. This association was not observed in early or mid-childhood. Ling-Wei Chen, the corresponding author said:

Obesity in childhood often carries on into adulthood and is associated with a higher risk of chronic diseases, including type 2 diabetes. Mounting evidence suggests that maternal diet influences pregnancy and birth outcomes and points to the first one thousand days of a child’s life, from conception to two years old, as a critical period for preventing childhood obesity. Our research indicates that children born to mothers who eat a low-quality diet, high in inflammation-associated foods, during pregnancy may be more likely to have obesity or excess body fat in late childhood than those born to mothers who eat a high-quality diet low in inflammation-associated foods.

To examine the effects of maternal diet on the likelihood of childhood obesity and excess body fat, the authors analysed data collected from 16,295 mother-child pairs in seven European birth cohort studies, from Ireland, France, United Kingdom, Netherlands and Poland, which are involved in the ALPHABET consortium.

On average, mothers were 30 years old and had a healthy BMI. Mothers reported the food they ate before and during pregnancy. The researchers assessed dietary quality and whether diets were high in foods and food components associated with chronic inflammation, such as saturated fat, refined carbohydrates and red and processed meat.

Also Read: Opinion: Childhood Obesity – One Of The Major Public Health Challenges Of The 21st Century

Children’s BMI was calculated in early, mid and late childhood. Additional data on children’s body composition during mid or late childhood was collected in five of the cohorts included in the study. The researchers found that children born to mothers who ate diets high in foods associated with inflammation throughout pregnancy tended to have lower levels of fat-free body mass, indicating lower levels of muscle mass, in late-childhood than those whose mothers ate diets low in inflammation-associated foods.

Previous research has found that low levels of muscle mass may be associated with a higher risk of combined diabetes, high blood pressure and obesity. An association between a lower quality maternal diet, high in inflammation-associated foods, and lower levels of fat-free body mass in late-childhood was found to be stronger in boys than in girls.

An association between lower quality maternal diet, high in inflammation-associated foods, and higher body fat levels in mid-childhood was stronger in girls than in boys. Catherine Phillips, the principal investigator and coordinator of the ALPHABET project said:

Previous research has suggested that lower maternal carbohydrate intake in early pregnancy can induce epigenetic changes – that is changes which alter gene expression – in children that may be associated with an increased risk of obesity. We propose that a lower quality maternal diet, high in inflammation-associated foods, may similarly induce epigenetic changes and that this may increase the risk of children having obesity or excess body fat in later childhood. Our findings suggest that promoting an overall healthy diet, high in fruit and vegetables and low in refined carbohydrates and red and processed meats, throughout pregnancy may help prevent childhood obesity.

The authors caution that the observational nature of the study does not allow for conclusions about a causal relationship between maternal diet and childhood obesity and excess body fat. Future research should account in more detail for other factors that could influence the risk of obesity in childhood, such as childhood physical activity and diet, according to the authors.

Also Read: First 1,000 Days Of Life: Importance Of Maternal And Child Nutrition During Pregnancy And Up To Two Years Of Age

Related Topics:
mother and child health Obesity
Up Next