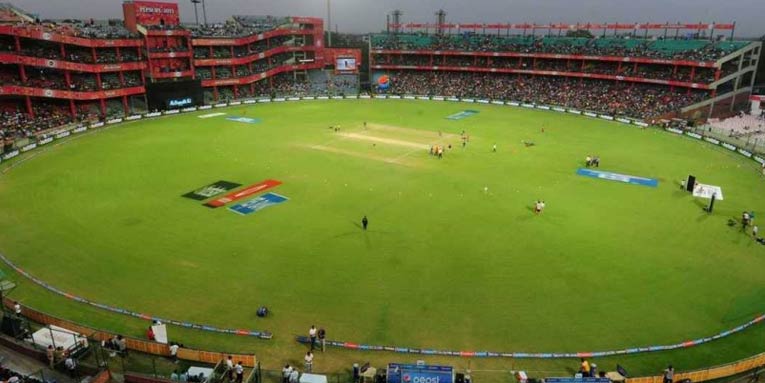 New Delhi: The National Green Tribunal directed the Delhi Pollution Control Committee today to look into the issue of waste disposal during the upcoming IPL matches to be held at Feroz Shah Kotla stadium in the capital. A bench headed by NGT Chairperson Swatanter Kumar asked the pollution control board to examine the concern raised in a petition seeking compliance with the Solid Waste Management (SWM) Rules, 2016 during Indian Premier League (IPL) matches here.

It, however, dismissed the petition while noting that it did not mention about the source of waste generation.

What kind of waste is generated during the matches? What is the source of waste generation? Your petition does not mention about it. We find no merit in this plea, the bench said.

Advocate Rahul Khurana, appearing for the petitioner, told the bench that there was mismanagement during IPL 2016, when approximately 10 metric tonnes of waste was generated at Feroz Shah Kotla stadium which was lifted without segregation. When the bench refused to issue notice to the parties in the case, the counsel withdrew his plea. The petition filed by Ghaziabad-resident Ajay Mehra sought compliance with the Solid Waste Management Rules, 2016 and sought constitution of a committee of representatives of the Ministry of Environment, Forests and Climate Change, Delhi government and the North Delhi Municipal Corporation (NDMC) to ensure the same.

Approximately 40,000 persons gather for each match and 10 metric ton waste generated at the stadium here during the event of one match at FSK stadium which include biodegradable, non-biodegradable wastes and domestic hazardous waste i.e. food remains, plastic wrappers, packets, bottles, etc, it said.

It contended that during the last edition of IPL, no certificate was produced to the effect that segregated waste was handed over to waste collector or agency specified by local authority i.e. NDMC.

Even separate dustbins were not placed to ensure segregation of waste, it said, adding that non-disposal of waste in accordance with the SWM Rules, 2016 would result in unhygienic and unhealthy condition in the city.