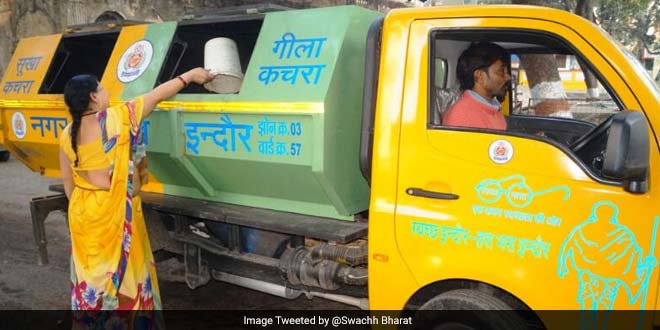 New Delhi: Not only is India one of the world’s largest generators of waste, but only a shocking 27 per cent of it is treated. Now, in an ambitious move to manage this problem, the Ministry of Urban Development plans to implement the practice of waste segregation at source across cities. The initiative will be launched on World Environment Day on June 5. The ministry will hold a four-month-long awareness and education campaign across 4,041 cities teaching citizens all about waste segregation. The campaign will run until October 2, 2017 and once completed, aims to set a world record for the maximum number of people pledging to segregate waste.

However, while the campaign is new, the message is not. Not many know that under the Solid Waste Management Rules 2016, the segregation of waste is compulsory across India.

Also Read: Maharashtra’s Swachh Push, Will Segregate Dry And Wet Waste From May

“To give an added thrust to this effort, the ministry is also in talks with Guinness World Records to establish an international record for maximum number of pledges by households across the country to start segregating waste at source (and sustain the practice),” reads a letter circulated by the Ministry of Urban Development.

So what does segregation at source entail at a day to day level? Simply put, citizens at the household level just need to be mindful of what they are discarding and sort them into different bins based on the type of waste it is. Organic, wet kitchen waste would go together while dry waste like paper, plastic, packaging and glass would be put into a separate bin.

The campaign’s focus is on “bringing about mass-scale behaviour change among citizens” and its potential success banks on introducing a two-bin system in every household—a green coloured bin for biodegradable wet waste and a blue coloured one for dry waste. This system will also be implemented in public spaces and according to the standard operating procedures issued by the ministry, once collected; all this segregated waste would be stored and processed in a segregated manner by the urban local bodies.

“Is it a difficult task? Yes, but we all need to support such a bold challenge, we have gone for far too long without doing much for segregation. It was mentioned in the 2000 rules as well, so its high time we start doing something. Full marks to the ministry for this,” says Bharati Chaturvedi, Director, Chintan, an NGO which works in the space of solid waste management, welcoming the announcement.

A War On Waste Woes

Urban India is the world’s third largest garbage generator with 1,41,064 metric tonnes of municipal solid waste created every day, according to a 2014-15 Central Pollution Control Board report. The collection, segregation and scientific disposal of all this waste can be a herculean effort for civic bodies and, according to the Ministry of Urban Development, is one of the biggest challenges that India’s cities face.

This makes segregation at the household-level all the more important. Composting, a process that breaks down organic waste to create natural manure and fertilizer, is one of the best methods of managing kitchen waste (which makes up a large amount of household waste) while creating a useful byproduct. However, this can be difficult to do if all the waste generated is mixed together. 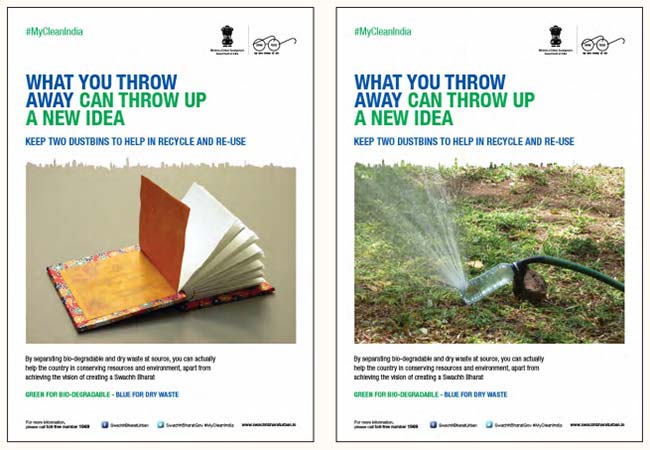 A circular issued by the ministry says that the capacity to compost waste has increased manifold over the past year, from 1.5 lakh in March 2016 to 13.13 lakh till date, with 145 functional composting plants and another 150 plants under construction.

“One of the most effective ways to ensure compost quality is to segregate the waste at source, followed by transportation of the waste in its segregated from. This would also ensure that the processing plants operate at their optimum efficiency, and are sustainable in the long run,” the ministry says.