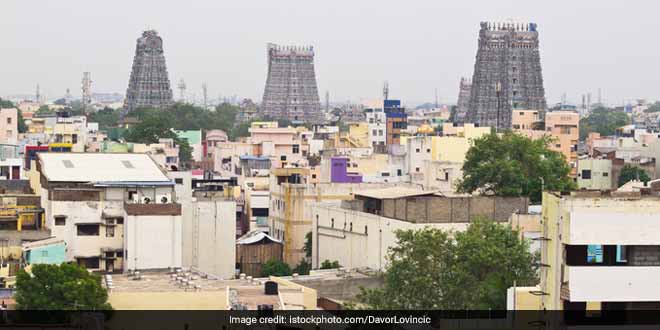 This year’s World Environment Day saw the launch of a massive waste segregation campaign across India, where people are being made aware of the benefits of segregation and in many places, are being handed different coloured dustbins to ensure that they segregate waste. In Madurai, Tamil Nadu, the practice of waste segregation has caught on so well among residential associations, that the city’s civic body has thanked them for their endeavours.

Madurai generates a massive 600 to 700 tonnes of solid waste every day. Out of the that amount, garbage generated by households, shops, small commercial establishments, markets and hotels account for nearly 64 per cent of the total garbage produced by the city. Given that households have been the major source of waste generation in the city, 288 tonnes daily, the city’s civic body had urged residential societies to practice waste segregation regularly to help the civic body with its waste management initiatives. The response so far, has been nothing short of fantastic.

In the areas of Parasurampatti, Ganga Nagar, Ramaiah Naidu Nagar, Seethalakshmi Nagar, and Meenakshi Venue, all residential apartments have both blue and green coloured dustbins installed, enabling them to segregate waste before disposing it. The residents have also set up composting pits inside the residential premises. Biodegradable waste is regularly put into composting pits, thereby allowing residents to manufacture manure. The manure, which is pure in nature, is highly effective for agricultural purposes and can be used in gardens. The corporation has shown interest in procuring the manure for sales purposes.

Residential societies which have wholeheartedly adopted waste segregation have truly paved the way for the model to be followed throughout the city. If more such residential societies engage in proper segregation, it will be much easier to control the domestic waste production in Madurai, said Aneesh Sekhar, Commissioner, Madurai Municipal Corporation.

The amount of garbage generated by the city of Madurai has increased over the last four or five years. The civic body cites the ongoing development of various parts of the city for this, as more people are moving into the city and generating more solid waste. The excessive garbage generated by the residents has become a problem for the city. The problem of increasing garbage has been a headache for the city’s civic body for quite some time. The increasing amount of waste also put tremendous pressure on the city’s landfill at Vellaikka. In August 2016, a waste awareness initiative saw the distribution of composting vessels to 1,500 homes, as well as encouragement on the civic body’s part to segregate waste. The civic body spends nearly Rs 40 lakhs per month in lifting garbage from the city’s 100 wards.

The corporation has identified an addition 119 acres to be used as landfill as the growing population and expansion to 100 wards from 72 is making it difficult for us to function with the existing landfill. This is why we have been advocating segregation at source, for residential apartments. It will make it easier for us to deal with other sources of garbage, said Mr Sekhar.

The civic body has also announced a few incentives for regular practitioners of waste segregation. The best residential society would be awarded gold coins for their segregation initiatives. The residential societies practicing overall environmental consciousness, such as usage of cloth bags instead of plastic and keeping the society surroundings clean would stand a better chance to win the award. To improve the overall waste management and sanitation scenario of the city, the civic body has submitted a proposal, requesting funds worth Rs 229 crore from the Centre. With many of the city’s residential societies already practicing waste segregation actively, Madurai’s civic body can focus on dealing with waste generated from other sources.

The Example To Follow: Hyderabad Civic Body’s All Round Performance On Waste Management