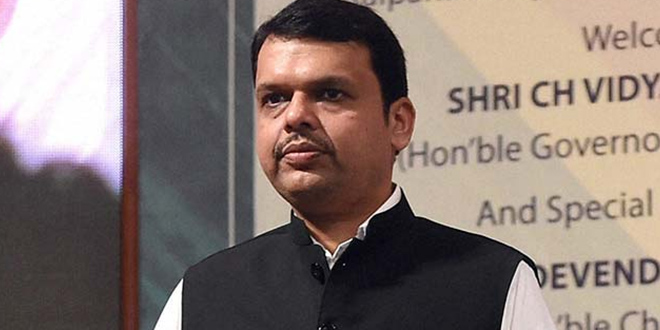 Mumbai: For over 10 days, 43-year-old Mitali Patil, a resident of Naregaon village would visit the nearby trenching ground sharp at 9 in the morning without fail. In her agitation for the poor apathy of garbage, she was joined by hundreds of other villagers. Exactly a month later, the protests finally came to end with Maharashtra Chief Minister Devendra Fadnavis sanctioning Rs 86.21 crore to solve the mounting garbage crisis in Aurangabad. A Detailed Project Report (DPR) will be chalked out to scientifically manage the waste disposal problem in three stages within a year he said.

When Aurangabad DP was prepared in 1975 and revised in 2002, no provisions made for solid waste management. Now we have given ₹87 crore. I appeal Aurangabad citizens to cooperate with State Government in this situation: CM @Dev_Fadnavis in Council

The protests by citizens began after, the 10 to 20 lakh cubic meters of untreated waste at Naregaon dumpyard led to serious health and hazards. Aurangabad generates 430 metric tonnes of garbage everyday which is dumped at a landfill located within Naregaon village.

Since the last 35 years, the entire city’s solid waste is discarded here. The municipal workers do not even treat it or identify another landfill. The foul smell and bacteria pose serious health risks including headache, nausea and fever. All our complaints have fallen on deaf years, says Mitali.

The city presently does not have a single waste treatment plant that is functional. Aurangabad’s development plan was prepared in 1975 and revised in 2002, however, no provisions were made for solid waste management, chief minister Fadnavis said.

On March 6, the Bombay High Court had passed an order putting a ban on disposing garbage at Naregaon landfill. With no option left, the Aurangabad Municipal Corporation didn’t collect garbage from city’s households after which the problem aggravated calling for an immediate action.

Replying to a debate over the issue in the Legislative Council, the chief minister assured the residents of the city that the waste problem will be resolved by March 17. So far the authorities have managed to collect 76% of the 5,420 metric tonnes of garbage (which has accumulated in the city since the start of this month) and the remaining will be collected soon, the chief minister confirmed.

Principal Secretary, Urban Development visited Aurangabad and gave 5 point plan to resolve this issue.
As of now 76% of garbage is collected and 24% we will be able to collect by 17 March: CM @Dev_Fadnavis appeals for public support while replying in Council#BudgetSession

To ensure such landfill crisis do not emerge in future, the Chief Minister said that the state government henceforth will not allot land for garbage dumping. Land will be allotted only for segregation and processing of garbage, he said.

Solid waste management projects for 152 cities are approved till date (worth ₹1856 crore) and projects for 48 more cities would be approved before 31st March 2018: CM @Dev_Fadnavis informed in the Maharashtra Legislative Council while replying on discussion on urban issues

Talking about the current status of waste management in Maharashtra and said, “236 cities in Maharashtra are scientifically segregating and processing the waste. 36 cities are contributing to the `MahaCompost’ brand.”

Total 236 cities in Maharashtra is doing scientific segregation/processing of waste. 36 cities are contributing in MahaCompost brand and certification is in process for another 68 cities: CM @Dev_Fadnavis #BudgetSession https://t.co/rawjdVIKVV

The government markets compost manure prepared by municipal bodies through scientific treatment of biodegradable waste under its brand MahaCompost.