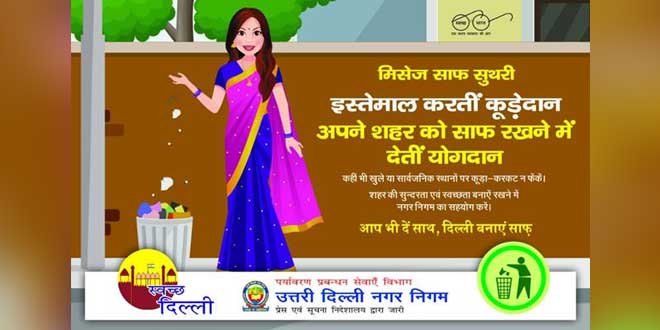 New Delhi: Delhi is all set to get 8 new swachh mascots who will be seen everywhere telling Delhiites the importance of following civic rules and keeping Delhi swachh. The National Capital performed poorly in the recently held Swachh Survekshan 2017 that ranked 434 cities based on their performance on the cleanliness front. New Delhi Municipal Council area (NDMC) slipped to 7th place from its ranking of 4th in 2016, and all the other three Municipal Corporation of Delhi (MCD) fared badly – East (196), South (202), North (279). Now the Municipal Corporation of Delhi (North) has decided to up their Swachh game and remind people the importance of cleanliness. For this they have given shape to 8 new swachh characters, four of them have good civic sense and are named as Mrs Saf Suthiri (clean), Mr Swachh Kumar (hygienic), Mr Chakachak (spotless), Madam Safai Pasand and the other four have bad civic sense and are named as Susu Kumar, Thu Thu Kumar, Kuda Kumar and Poly Aunty.

Hoardings and digital screens with these Swachh Mascots will be put up at several locations in North Delhi, across railway stations and metro stations. Apart from print hoardings there will be special radio jingles such as, ‘Istamal karti kudedan, apne seher ko saaf rahkne mein deti yogdan’ (I use dustbins to help keep my city clean) and ‘banate seher ko ye swachh aur sundar, ganda nahi karte ise wo idhar udhar thuk kar’ (Let’s make our city clean and beautiful, by not spitting here and there). 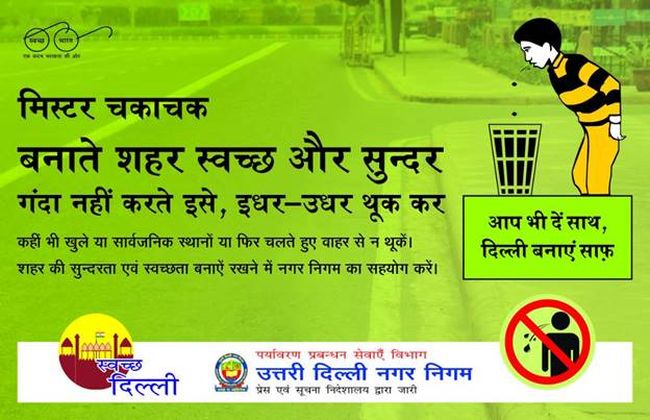 Mr Chakachak will be spreading the message of ‘No Spitting’ 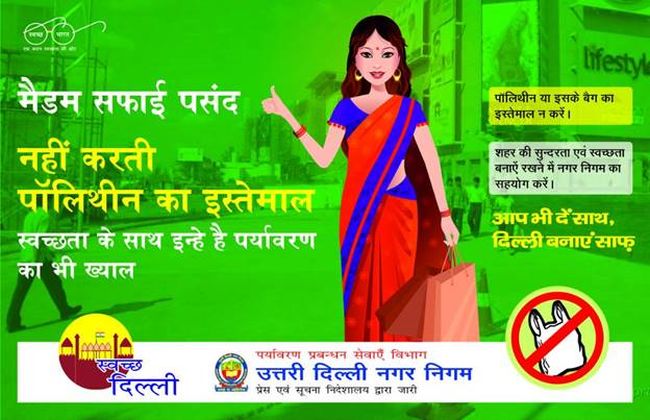 Due to improper sewage treatment facilities and lack of public toilets the nation’s capital falls behind Tier-II cities in the swachh rankings, this campaign aims to improve just that. The campaign will cost the corporation around Rs 95 lakh.

Speaking to NDTV, North Corporation commissioner PK Gupta said, the idea behind this campaign is to make people aware about what Delhi needs to tackle when it comes to cleanliness. The corporation has been making several efforts to promote swachhta but it is just not working out as there is no involvement of people in it. Swachh Delhi dream can be only fullfilled when each and every citizen realises the importance of keeping their area clean. 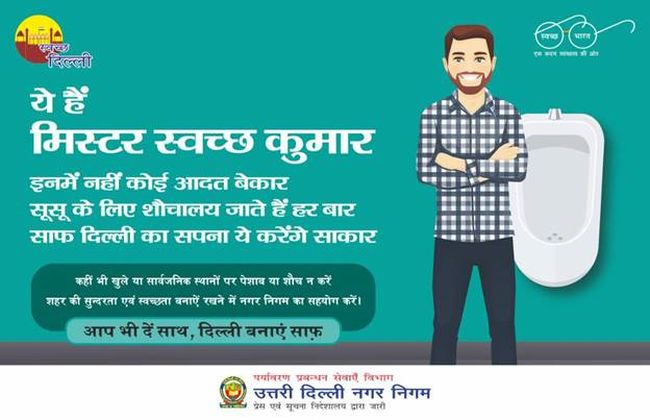 To improve Delhi’s swachh rankings we have hired many resources to look after the process of Swachh Bharat Abhiyan and we are diligently making efforts. One will see an improved and clean Delhi within a span of 1-2 years, added PK Gupta.

This particular campaign will last for 60 days and MCD North will be giving a lot of importance to public feedback for planning out future campaigns. 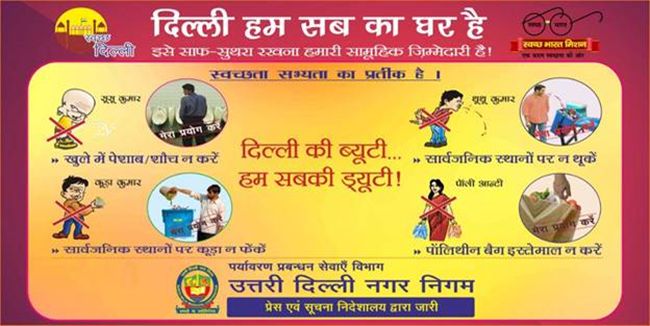 Cleaning Up Mumbai: Nearly ₹8 Crores Collected From Fines On Littering In 10 Months