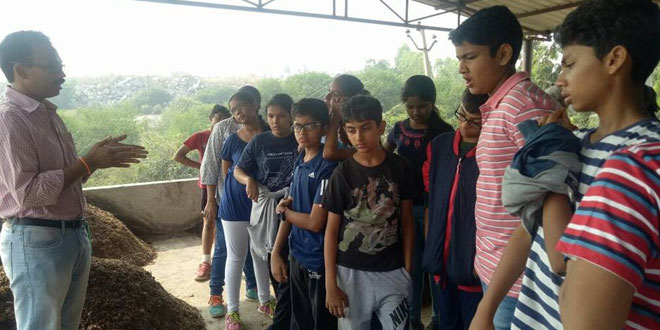 New Delhi: A famous American poet, Maya Angelou had once said, “Nothing will work unless you do.” Trace back the history and one will find that revolutions are primarily dependent on people’s participation. Reinstating this ideology in Centre’s Swachh Bharat Abhiyan, a group of volunteers came together to change the pitiable state of waste management in Ranga Reddy district of Telangana. Though located on the outskirts of Nizam city of Hyderabad, water bodies and residential areas of a few villages are slowly turning into dumping sites.

In a bid to save the environment and initiate waste segregation, three residents of Gandipet village formed the Gandipet Welfare Society in 2015.

With no designated landfill site available, the area near the origin of Musi river in Gandipet was converted into a trenching ground. Two years ago, hundreds of cattle from a nearby Goshala died due to consumption of plastic along with wet waste in the village. 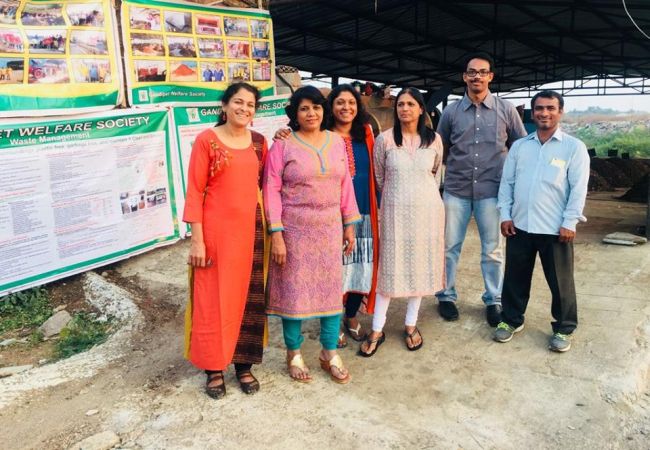 This incident triggered Rajashree P, Aravind G and Venugopal Rao to take up the activity of making the village garbage free. The trio approached the local panchayat and with its help, set up a composting unit on the very same dump yard.

The plastic material along with the wet waste was polluting the ground water and the accumulated garbage was turning out to be a huge health problem for the villagers. After we proposed the idea of composting to the local administration, the permission of setting up the unit was given. Through CSR funding we installed the composting plant in January 2016, says Rajashree.

For the composting process to be a success, waste segregation was the key, “50 per cent of the waste problem was solved due to source segregation. We did a door-to-door campaign to educate people,” she adds. 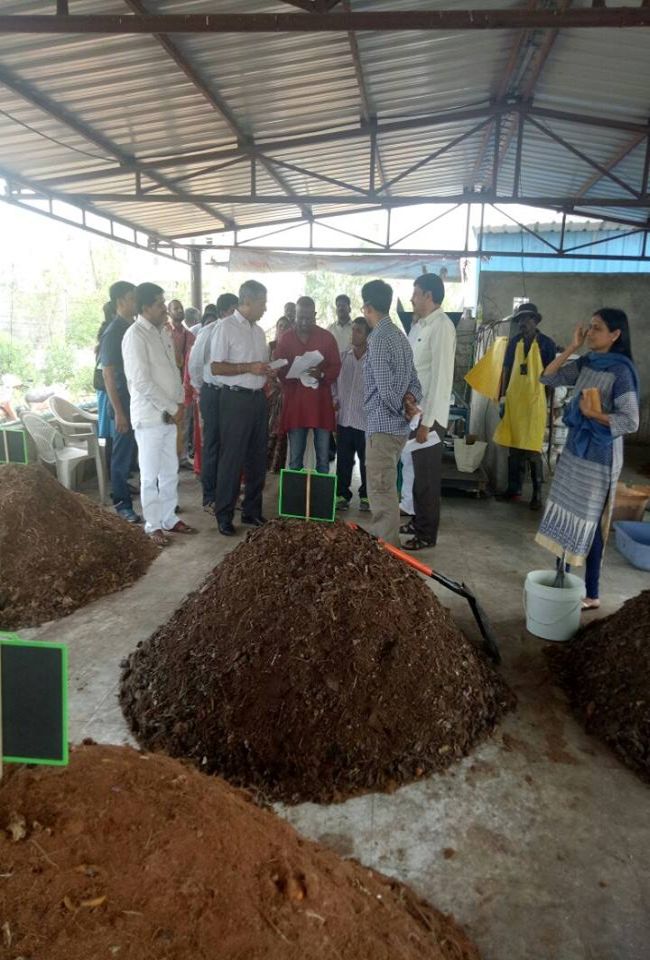 The awareness drive worked and 700 households and nearby Gated communities implemented the practice of source segregation on a daily basis. While no fee is levied on villagers for processing round 700 kilos wet waste per day, the Gated communities are charged a nominal fee and in return they are given back the compost produced. Around 1,000 kilos of dry garbage is generated every month which is given to recycling centres.

The composting unit has now become self-sustaining due to revenue generated through composting. Coco peat is used to fasten the composting process. The unit produces and sells around 3-4 tonnes of compost every month and earns them Rs 1 lakh, which is used to pay the staff. Some of the manure is used in the newly formed garden near the reservoir which was once a dumping site.

Besides the commendable execution of composting, the team has also made the village a plastic free zone. Vendors, shops, establishments and households have switched to cloth bogs made by the local women Self-Help Groups (SHGs). These women are also making other eco-friendly products like leaf plates and bowls which are helping them become financially independent.

Impressed by the efforts of the society, the district collector Raghunandan Rao has approached the welfare society to implement their waste management model in seven other villages to make them zero-garbage.

The district collector has given us land in all the seven villages to set up the composting units. We are currently in process of imparting training on source segregation to all the villagers, consolidating funds and setting up the required infrastructure. We aim to make Khanapur and Himayat Sagar 100 per cent waste free in a couple of months from now, says Rajashree. 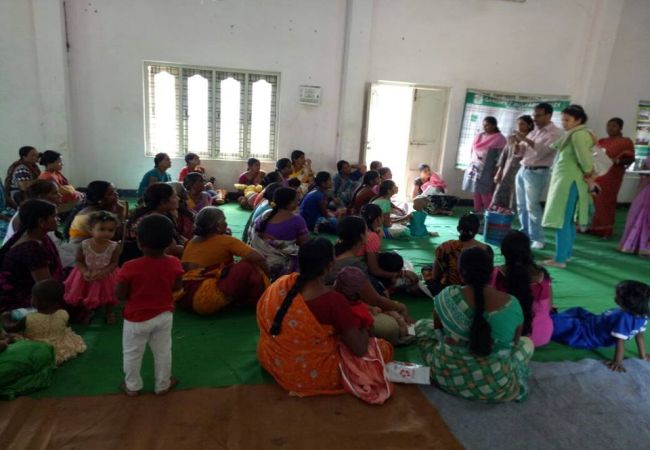 While the welfare society is confident and enthusiastic about making all the seven villages’ garbage free, the biggest challenge is to revamp the dump yard in Narsingi village. With more than 20,000 households generating 20,000 kilos of wet waste daily, the local administration have now started to burn the waste inorder to avoid a garbage spillover onto the roads.

The overflowing garbage is taking up a lot of space and hence the waste is burnt causing pollution. There are a few schools and households very close to the garbage dump which are currently being severely impacted. In addition, we also have Bhojanamrita/Akshayapatra facility in the vicinity, which supplies food to thousands of people. We are working towards budgetary requirement of the unit’s infrastructure. Meanwhile we have started training local residents about segregating at source, explains Rajashree.

The Welfare Society which has now grown into a team of 30 people was awarded ‘Ranga Reddy District Commendation for Meritorious services’ on this Independence day.

It is organisations like the Gandipet Welfare Society which are turning the Solid Waste Management policies into a reality by first empowering grass root people and then making them a responsible part of the entire waste management structure.