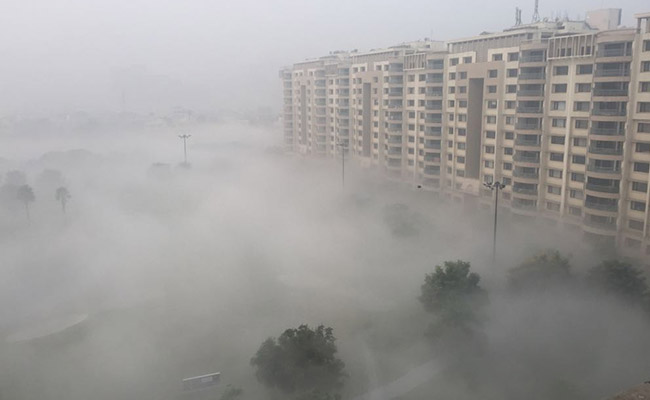 As Delhi’s Air Quality Index (AQI) continues to be in the very poor category of 362, the Central Pollution Control Board (CPCB) on November 27 issued a series of new guidelines on dust mitigation measures to handle construction and demolition waste. With north Indian cities, including the national capital of Delhi, struggling with air pollution since Diwali, ample discussions have taken place between the states of Delhi, Haryana and Punjab on how air quality can be improved. From suggesting bringing back Odd-Even to sprinkling water from helicopters, several ideas were put forward to immediately tackle the air pollution crisis, as debates raged over the need to find long term solutions.

There are several contributors to air pollution in India and Delhi in particular, road dust is the primary one, being responsible for 56 and 38 per cent of particulate matter (PM) 10 and 2.5 emissions respectively. Dust from construction and demolition waste is a matter of concern in Indian cities as construction is continuous and so is dust. The CPCB’s guidelines, if followed, will ensure that dust generation during construction is kept under manageable limits and does not end up becoming the hazardous pollutant that it is at present.

In 2016, the Ministry of Environment, Forest and Climate Change issued the Construction and Demolition (C&D) Waste Management Rules of 2016, which laid some of the fundamental rules of handling C&D waste. The new guidelines by CPCB further specify the steps ought to be taken to handle such waste to avoid dust generation.

States are compelled to adhere to the C&D Waste Management Rules of 2016, a point CPCB’s guidelines reiterate. A compliance criteria is in place for states. States need to fulfill four major steps as part of  the compliance criteria.

The timeline of implementation of these steps differ with respect to population in different cities of these states.

Our 2016 report of Air Quality Analysis in Delhi highlighted C&D waste as the primary reason why dust in Delhi and other cities like Lucknow, Agra and Ghaziabad are causing air pollution. C&D waste must be handled with precision if dust and subsequent air pollution is to be reduced. These guidelines specify some of the concrete steps that can be taken as long term solutions to reduce dust from C&D waste, said A. Sudhakar, Member Secretary, Central Pollution Control Board.

Some of the major steps prescribed by the guidelines are as follows:

Apart from the above suggested measures, the guidelines also state that it was important to follow the dust control measures initiated by the Graded Response Action Plan (GRAP) such as demarcation of areas where C&D waste is disposed, regular inspection of such areas by pollution control board officials, transport vehicles to be Pollution Under Control (PUC) compliant and prohibition of dry sweeping of construction areas.

While the norms by CPCB have been welcomed by air pollution experts, the non-compliance of states has them worried. Dr Sudhir Mathur of Central Road Research Institute says that states complying with the norms are the most important part of guidelines and without their compliance, dust from C&D waste cannot be controlled.

States must realise that non-stop constructions in cities is a major source of air pollution. These guidelines specifically ask the states to take some steps and if states comply, we will see a definite reduction in air pollution from next year onwards, said Dr Mathur.

The CPCB guidelines can be highly effective if implemented well. We have seen what the result of non-implementation of the Graded Response Action Plan has done to the air quality this year. If handling of C&D waste is not taken up seriously by states, we will definitely see a repetition of worsening of air quality next year as well, said Dr Radha Goyal, Deputy Director, Indian Pollution Control Association.

As Delhi Breathes Toxic Air, Here Is What It Can Learn From Other Megacities To Clear Its Toxic Smog

Making Waste Management A Way Of Life: This Telangana District Welfare Society Is On A Mission To Make 7 Villages Garbage Free