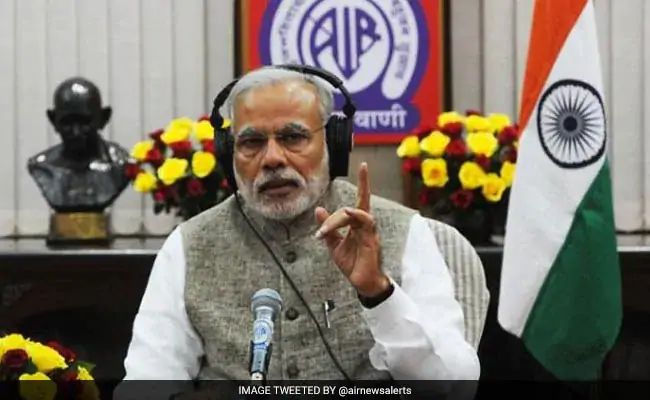 New Delhi: Prime Minister Narendra Modi on Sunday in his monthly radio programme takes forward his appeal of a plastic-free India that was made during his Independence Day address on August 15 from the ramparts of the Red Fort. Calling for a mass movement against plastic waste or single-use-plastic from October 2, PM Modi said, “This year, on October 2, when we celebrate Bapu’s 150th birth anniversary, we shall not only dedicate to him an India that is open defecation-free but also shall lay the foundation of a new revolution against plastic, by people themselves, throughout the country.”

In the address, he also gave an example of merchants who have put placards urging customers to carry their own bags for shopping, he said,

Such a step would not only result in monetary savings but also contribute towards environmental protection.

He further added that people from all strata of the society should celebrate Gandhi Jayanti this year as a day to make “Mother India plastic-free”.

I also urge all municipalities, municipal corporations, District Administration, Gram Panchayats, Government and Non-Governmental bodies, organisations; in fact each and every citizen to work towards ensuring adequate arrangement for collection and storage of plastic waste.

PM Modi also made an appeal to the corporate sector to come out with ways and appropriate disposal of all accumulated plastic. He added,

It can be recycled; it can be transformed into fuel. There are many ways in which we can make use of plastic waste. This way we can accomplish our task of ensuring safe disposal of plastic waste before this Diwali this year, which falls on October 27.

PM Modi also announced the commencement of Swachhata Hi Sewa 3.0, ‘the quest for cleanliness is service’ that takes place a couple of weeks before the mega celebrations of October 2 as ‘Rashtriya Swachhata Diwas’. He said,

This time, ‘Swachhata Hi Sewa’ will commence on September 11. During this period, all of us will move out of home, donating toil and sweat through ‘Shramdaan’, (volunteering) as a ‘Karyanjali’ (homage through work) to Mahatma Gandhi. Home or the neighbourhood lane, street circles, crossings, or drains, schools and colleges … we have to involve ourselves in a Mega campaign of ensuring cleanliness at public places. This time our emphasis must be on plastic.