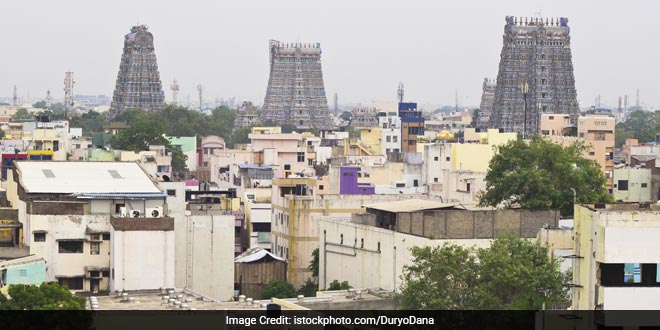 Hyderabad: The 2,500-year-old Meenakshi Amman Temple in Madurai  is one of the most revered holy shrines that attracts a footfall of  approximately 25,000 pilgrims each day. Built using Dravidian and Nayaka styles of architechture, it is one of the largest temple complexes in the country situated within four concentric circles in the heart of Madurai.

The main deity of the Shivaite temples is Shiva. However, at the Meenakshi temple, Meenakshi, an avatar of Parvati, Shiva’s consort, is the main deity.  A temple with many stories of Meenakshi and Sundareshwar’s journey, the statues, ceiling art and Gopurams or Towers are a treat to the eye.

During festivals, lakhs of people flock the temple to be a part of the festivities which are celebrated with much grandeur and fervor. To maintain a clean, pollution-free and defecation-free environment, the Corporation plans to decongest the surroundings of the temple by clearing shops and vendors in the Chitraii streets. The Corporation will also build e-toilets. “The advantage of the e-toilets is, that it is completely unmanned. There is automatic cleaning mechanism, there are sensors inside so that there is no wastage of electricity. It’s eco-friendly”, Sandeep adds.

E-toilets were launched on September 21, 2016, under the Swacch Bharat Abhiyan scheme and are a relief to many tourists. The Corporation has identified 20 locations around the temple and in the city to install these toilets which work on RapidClean Technology.

Hariprasad, a tourist from Kerala, came to visit the Meenakshi Temple during his four-day tour to Madurai. “In a beautiful city like Madurai, it is difficult to get access to a good toilet like this. But if the corporation maintains the toilets well, it is a good scheme put in place”, he said.

A very interesting change we see at the temple are the “chappal” stands. The temple has four main entrances and at each entrance, there are two chappal stands on either side of the entrance. Pilgrims and tourists can leave their footwear at the Chappal Stands. A first where we see chappals neatly placed in racks. Ramalingam, a volunteer at the temple said, “It is important to keep this area clean as we are at a pilgrim site and many devotees flock here.”

Priya, a doctor from France, is touring the country along with her friends. She enjoyed visiting the Meenakshi temple at Madurai and said, “The temple is very clean. We walked till here from our hotel. I saw many people cleaning the roads this morning with a broom.”

Although there have been quite a few changes, there is still more work to be done in some areas. Marthedes, a 42 year old psychologist from Spain who was touring the city of Madurai believes Indians believe in cleanliness and purity, and yet find it hard to maintain their city. “When it comes to the cleanliness of the Indian cities, Indians believe that they belong to the city, and that’s the problem. If the attitude changes to the city belongs to us, then keeping a city clean does not take a lot of effort”, she said.

The sanctum sanctorum of the Meenakshi Temple is said to integrate cosmic, wind, earth and the being’s energies, maintaining the sanctity of the temple. Maduraikarans not only wish it to remain a divine temple city, they also aim at providing the best of modern facilities to the tourists and pilgrims who visit the city.

Cleaning Up Jagannath Temple As Part Of The Swachh Bharat Campaign