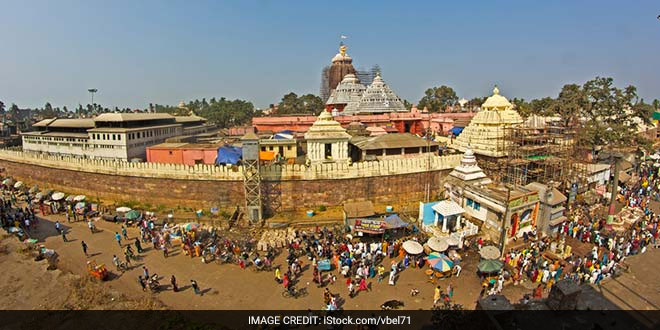 Puri: An important pilgrimage destination for Hindus and part of the Char Dham pilgrimage, the Jagannath Temple is famous for its annual Rath Yatra.  The temple attracts over 2.5 million devotees every year.

Built in the 12th century and located on the eastern coast of India, in Odisha, the shrine is a sacred Hindu temple dedicated to Lord Jagannath. Devotees flock from not just across the country but from beyond the borders as well to pray to the lord and fulfill their desires.

To preserve its glory, the government wishes to clean-up the Jagannath Temple.

This also favours the Prime Minister’s Swachh Bharat Mission in which the Jagannath Temple of Puri is one of the ten iconic sites selected for a special cleanliness drive.

This ancient temple is one of the holiest shrines in Odisha where the need to accommodate the increasing number of devotees is becoming crucial. For this, the temple administration is constructing more guest houses to provide cheaper and good accommodation.

“Besides building 4 more guest houses and dormitories to accommodate people from the weaker section of society, we are improving public convenience facilities like drinking water, toilets and have also constructed a ramp for the differently-abled persons” says Prasanna Kumar Hota of Jagannath temple’s administration development.

Simultaneously, the repair work is also being done inside the temple by the archeological Survey of India (ASI).

“After some cracks were noticed in the stone beams, ASI is working on it” says Aravind Agrawal, District Magistrate of Puri.

Considerable work is taking place in and around the shrine but issues such as failing drainage system, deplorable sewerage system among others need immediate attention.

Given the vast number of tourists and devotees visiting the temple, poor drainage leading to overflowing and waterlogging brings everything to a standstill. Although, the drainage work on the Grand road leading to the Jagannath temple has been re-done, the rest of temple town is in chaos.

To add to that the city’s sewage system is in dire need of a revamp, as well.

The Bankimuhan, a water body, about 3 km from the temple, is where most of the city hotels and households sewage is discharged. The people living in the vicinity lament the health issues they face.

“My son is always unwell, so many mosquitos are here but worst is during heavy rains when is dirty water over flows and enters our houses and also mixes with the beach” said Gamini, a resident of Puri.

According to a recent report by NEERI, Puri generates about 100 tones of solid waste every day and a lot of it is plastic waste but a substantial chunk of the plastic comes from the Puri beach.

Aravind Agrawal says they “are trying to sensitize the vendors who pollute the beaches by selling things and food items in polythene and plan to impose fines on littering.”

Their aim is to spread awareness to the tourists regarding this but as it is challenging they need more people to support us to keep this holy city clean. 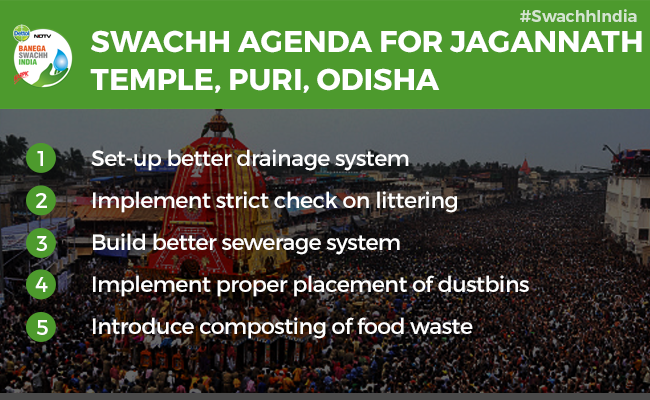 Related Topics:
Clean Up Drives Cleanliness Odisha sanitation
Up Next

Varanasi: One Of India’s Holiest Cities, Death And Dirt Envelope It