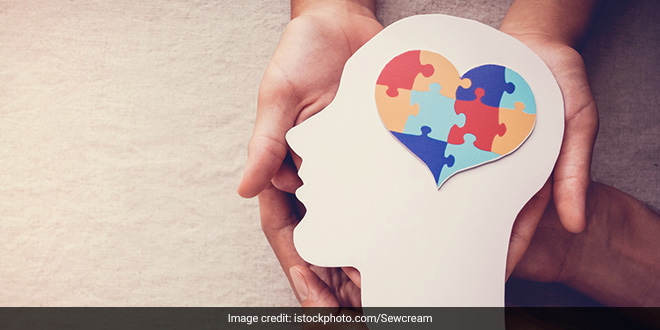 Shillong: The Meghalaya cabinet has approved a policy aimed at addressing issues of mental health and social care through collaborative engagement with communities, Chief Minister Conrad K Sangma said. Meghalaya is the third state in the country to have introduced such a policy, paying attention to issues of mental health, especially among children, adolescents and youth, he said. Officials said that the new policy seeks to address the social determinants of mental ill-health and ensure cultural security with collaborative engagement with the communities it intends to serve.

It also aims to promote overall mental health and wellbeing and facilitate appropriate access and care pathways for common and severe mental health concerns, with focus on person-centred care.

Health Minister James PK Sangma stated that the policy was culturally-rooted in the state, and looks to address the stigma linked with mental health. He explained,

It is a community-centric initiative and will improve recognition, rehabilitation and reformation, necessary for creating awareness and building support systems.

Mr Sangma noted that the COVID-19 pandemic had highlighted the need to devise an inclusive and robust institutional response, especially for vulnerable groups.

Kerala and Karnataka are the other two states in the country to have such policies.

In 2014, the Centre launched the first-ever National Mental Health Policy in an attempt to provide universal psychiatry care.

On World Mental Health Day, the Meghalaya government had announced that the state would soon have a mental health policy.

Accordingly, feedback from the civil society members was received and those were incorporated into the draft policy, after which it was placed before the cabinet, a senior health official told PTI.

The policy will be implemented through the convergence of different departments, while strengthening human resources and community institutions, including financial support and infrastructure, he added.

NDTV – Dettol have been working towards a clean and healthy India since 2014 via the Banega Swachh India initiative, which is helmed by Campaign Ambassador Amitabh Bachchan. The campaign aims to highlight the inter-dependency of humans and the environment, and of humans on one another with the focus on One Health, One Planet, One Future – Leaving No One Behind. It stresses on the need to take care of, and consider, everyone’s health in India – especially vulnerable communities – the LGBTQ population, indigenous people, India’s different tribes, ethnic and linguistic minorities, people with disabilities, migrants, geographically remote populations, gender and sexual minorities. In wake of the current COVID-19 pandemic, the need for WASH (Water, Sanitation and Hygiene) is reaffirmed as handwashing is one of the ways to prevent Coronavirus infection and other diseases. The campaign will continue to raise awareness on the same along with focussing on the importance of nutrition and healthcare for women and children, fight malnutrition, mental wellbeing, self care, science and health, adolescent health & gender awareness. Along with the health of people, the campaign has realised the need to also take care of the health of the eco-system. Our environment is fragile due to human activity, which is not only over-exploiting available resources, but also generating immense pollution as a result of using and extracting those resources. The imbalance has also led to immense biodiversity loss that has caused one of the biggest threats to human survival – climate change. It has now been described as a “code red for humanity.” The campaign will continue to cover issues like air pollution, waste management, plastic ban, manual scavenging and sanitation workers and menstrual hygiene. Banega Swasth India will also be taking forward the dream of Swasth Bharat, the campaign feels that only a Swachh or clean India where toilets are used and open defecation free (ODF) status achieved as part of the Swachh Bharat Abhiyan launched by Prime Minister Narendra Modi in 2014, can eradicate diseases like diahorrea and the country can becom