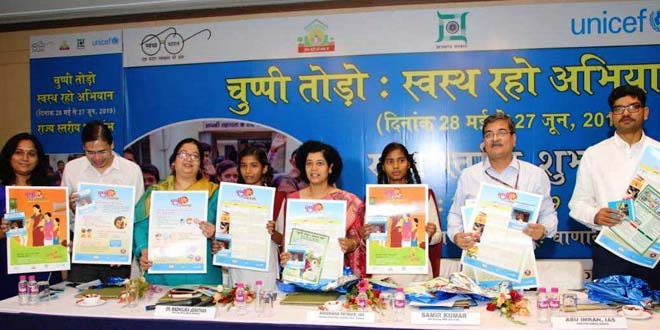 New Delhi: To mark the Menstrual Hygiene Day on May 28, the state government of Jharkhand has launched a month-long awareness drive on menstrual hygiene management – ‘Chuppi Todo, Swasth Raho’ (Break The Silence, Be Healthy). Launched on Tuesday by the Department of Drinking water and Sanitation (DoDW&S), the campaign endeavours to promote sanitation and hygiene among adolescent girls and women of the state. Aradhana Patnaik, Secretary, DoDW&S told NDTV,

Feminine Hygiene and Menstrual health in India has been overlooked and ignored for far too long. Through this campaign, we seek to generate mass awareness on menstrual hygiene management, addressing the specific needs of an adolescent girl and also support the family, peers, community, and parents to break the stigma associated with menstruation. We aim to break the silence among our women regarding menstruation and aspire to encourage them to talk about any problems they face during periods instead of concealing it. Being shy in this matter may have an adverse impact on their health.

She further said that to make this drive successful, the department is working on a mission mode and has involved all executive engineers of the DoDW&S, along with senior officials from departments of women and child development, education, health, volunteers of NGOs (Non-Governmental Organisation), representatives of Panchayati Raj Institutions (PRI), teachers and school students. 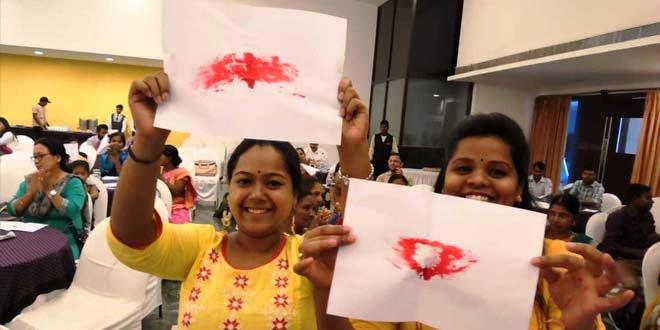 To make this drive successful, the Department of Drinking Water and Sanitation is working on a mission mode, said Aradhana Patnaik, Secretary

A number of steps will be taken under this campaign in the next four weeks. As per the action plan prepared by DoDW&S, the campaign plans to conduct orientation on the subject at the gram panchayat level in the first week which includes holding a special village-level meeting called Gram Sabha on June 2 in each village of the state. Along with this the district level officials will prepare a district action plan with deadlines on menstrual hygiene management with the objective of eliminating the taboos around periods.

In the second week of the initiative that will start on June 5, which is also the World Environment Day, will see a state-wide awareness campaign conducted among adolescents groups with special focus on safe menstrual waste disposal like not throwing pads and other absorbents along domestic waste, and properly wrapping those using a newspaper and then throwing in dustbins.

Subsequently, in week three, the drive will become intensive as the campaign would reach out to the people targeting all sections of the population through meetings. This will also include movie screening and use of folk media for IEC (Information, Education, and Communication). Finally in week four, sanitation days will be observed in all schools, anganwadi centres and health care facilities to emphasise on menstrual hygiene through quizzes, essay competition.

According to Abu Imran, Director, Swachh Bharat Mission- Gramin, the campaign is aiming at reaching each and every citizen of Jharkhand including men, women, girl and boys and targets a behaviour change towards menstruation. He said that by using verbal communication as a tool, the department will try to convince the male population to participate in the campaign and become open-minded towards menstruation.

Government To Set Up Bio-Digesters To Treat Own Garbage, Says Goa Chief Minister