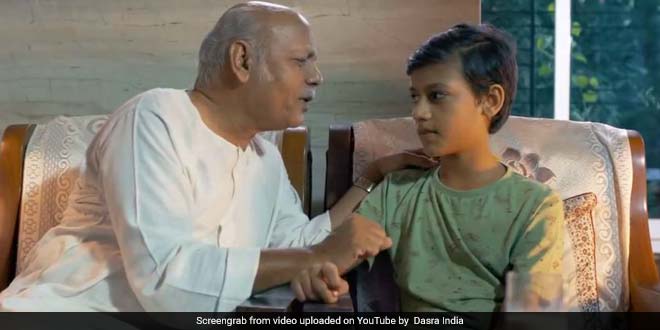 New Delhi: After producing a film PadMan, which promoted menstrual hygiene, Twinkle Khanna has come forward to support a short film, titled ‘First Period’ that talks about menstruation from a men’s point of view. Unveiling the short film on Menstrual Hygiene Day on her social media, Mrs Funnybones asked everyone a simple question, “What would the world be like if men and boys had periods? Watch this short film that highlights unequal power relations and challenges all norms.”

What would the world be like if men and boys had periods? Watch this film by @MozezSingh that highlights unequal power relations and challenges all norms. #NoMoreLimits @dasra
Watch the film: ‘First Period: An MHM Story’ https://t.co/kyNga0ZfnZ pic.twitter.com/DH9OIYAJrD

Written and directed by Mozez Singh, First Period talks about menstruation from the perspective of a school-going boy, Ayush. It traces the reactions of his all male family members, teacher and classmates and shows how in Ayush’s world periods are considered perfect and empowering.

On the other side, the short film also highlights the grim reality of periods in women’s world where – 70% of mothers consider menstruating as dirty and polluting; 88% of menstruating women use home-grown alternatives like old fabric, rags, sand, ash, wood shavings, newspapers, dried leaves, hay, and plastics; 63 million adolescent girls live in homes without toilet facilities; girls are absent 20% of the school year due to menstruation.

The motive of the short film is to raise awareness on menstrual hygiene and the importance of its management. The short film raises a simple question for our society – why can’t in women’s world periods be considered normal?