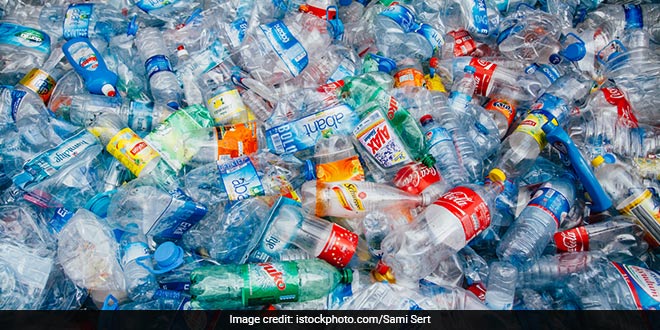 New Delhi: After the unhappiness expressed by packaged drinking water manufacturers in Maharashtra over the statewide ban on single-use plastics, the Maharashtra food processing industry becomes the latest entrant in expressing dissatisfaction over the plastic ban. The ban on manufacture, sale and use of plastic was brought into place in March 2018, and has since received criticism from several plastic dependent industries which sought more time to shift towards alternatives to plastic. A number of horticultural associations have opposed the plastic ban, citing that the unavailability of alternative solutions to plastics.

Maharashtra is a major producer of fruits in India, and is responsible for producing nearly 15 per cent of the country’s fruits. Plastic is a necessary material in the industry, as it is used from securing saplings to packaging the fruits for export. The suddenness of the ban has hurt the industry and the lack of alternatives has ensured that the industry stared into an abyss of uncertainty. Fruit packaging, packaging of beverages and food products are slated to be affected due to the plastic ban. The industry is also fearful that a lot of food, fruits and fruit products may go into waste if not packaged on time, resulting in addition to the waste generated by the state.

The sudden enforcement of the plastic ban has had a huge impact on the state’s food processing industry. Packaging of food has always been plastic dependent in Maharashtra and without the presence of alternatives, the industry is staring at a loss which can amount to hundreds of crores. Either we should be given time to switch to alternatives, or the government should make up for our losses, said Nikhil Undare, a member of the All India Plastic Manufacturers Association (AIPMA).

Given that summer is at its peak, the fruit products packaging industry is staring at huge losses, ever since the plastic ban has been announced. AIPMA estimates that if PET bottles are also banned, post the three month window the state government has undertaken to evaluate the plastic ban, it will have a major impact on the state’s economy. PET bottles are used in the packaging of beverages and losses in the packaging sector will translate into losses for farmers, AIPMA fears.

Maharashtra joined a long list of states banning plastic in India, but the effectiveness of the move is still being debated. Without having announced any alternatives to plastic, or how the losses incurred by the plastic and plastic dependent industries would be compensated by the state government or not, the future of the ban continues to remain on shaky ground.