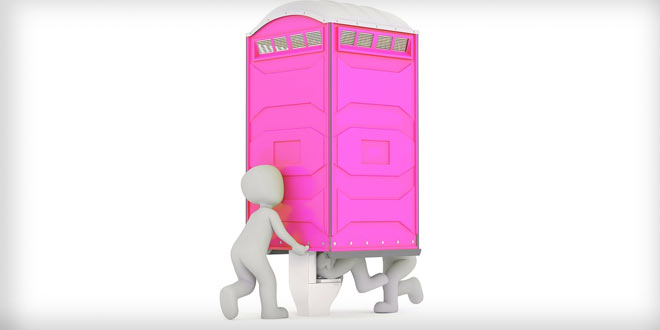 Mumbai: In the past four years, India has witnessed an array of initiatives through Swachh Bharat Abhiyan aimed at educating people about cleanliness and sanitation. The swachhta drives in rural and urban areas have also extended to menstrual hygiene awareness where women are coming forward to break the period taboos by having an open dialogue. Providing a strong pillar to these initiatives, the government authorities are installing pink toilets in public places and the latest administration to do so is Uttar Pradesh’s Kaushambi district. All the police stations in the district will soon have a pink toilet for female constables and officers.

Talking to NDTV about the importance of menstrual hygiene and pink toilets, the District Magistrate Manish Kumar Verma says,

Lack of toilets and sanitary napkins have led to a compromise on women’s health for decades. From defecating in the fields or in unhygienic places to using dirty cloths while bleeding, majority of the women in India are deprived of basic sanitation. Pink toilet is relatively a new phenomenon with more and more local administrations experimenting with it. A pink toilet tackles two main problems of sanitation – open defecation and unsafe menstrual practices. We will install 12 pink toilets, one in each police station in the district.

The idea of installing pink toilets in police stations came after district’s first and only pink toilet found an acceptance among the villagers. The pink toilet installed near Kaushambi Bus Station a few months ago on a pilot basis is running successfully. After recording a positive response from people, the district administration decided to expand it to other areas of the city as well.

Using sanitary napkins is considered to be against Indian customs and traditions and thus we were apprehensive about the utilisation of sanitary napkin vending machines. We were quite surprised to see women turning up in huge numbers at the toilet to procure the sanitary napkins. Since the Police Authority is always looked upon by the common man, we decided to set an example of menstrual hygiene by installing pink toilets at all the police stations, says Mr Verma, who is hopeful that by next month all the 12 toilets will be ready.

Also Read: GST Council Meet: Congratulations Women! Sanitary Pads Are Now Exempt From GST But There Are Other Challenges

The pink toilets, which costs minimum one lakh, will have multiple facilities including sanitary napkin vending machines, incinerators to dispose of menstrual waste, hygienic toilets and a separate area for breastfeeding mothers. Buckets, towels and soaps will also be available for free for bathing. The vending machines will give sanitary pads at a subsidised rate. Anyone can deposit Rs 5 in the machine and get a sanitary pad in return.

Due to insufficient or no toilets for women in police stations, the female constables, officers and women visiting the station have to either walk miles in search of a public toilet or control themselves for an entire day. Besides solving that problem, having pink toilets will also mean that policewomen will have to no longer abstain from work during their periods. This is a great move towards enhancing sanitation for women, says Meerabai Chautala, a constable at the Saini Police Station.

Installation of pink toilets will also benefit women from underprivileged background as they will be provided jobs. The district administration has hired three women to maintain cleanliness and help the users to avail the benefits at the toilet near the bus station. Likewise, more than 30 women will be hired as caretakers of the pink toilets thus generating employment among women in the district.

Also Read: Clean Toilets, Better Menstrual Hygiene Services: Here Is How A Duo Is Building A Healthier Mumbai For Women