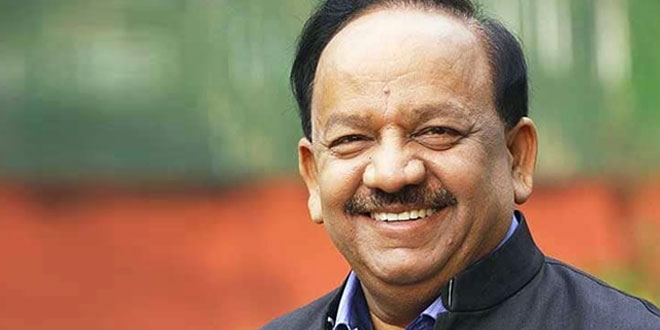 New Delhi: This year, on June 5, during the World Environment Day celebrations, India vowed to become a nation free from all kinds of plastic by 2022. Now taking a step forward to fulfill this dream, the Environment Ministry plans to make Ardh Kumbh mela, one of the world’s biggest religious festivals where 100 million pilgrims gather to take holy dip at the Ganges, a plastic-free religious congregation.

“We are intending to have a plastic-free (Ardh) Kumbh next January. We are starting preparations for it.”

Acknowledging that making the Ardh Kumbh plastic-free will be an uphill task, Dr Harsh Vardhan added,

The government is already working towards beating plastic pollution all over the country, but now we dream of having a plastic-free Kumbh. It is something we are planning to do next, we will have to work out the solution for plastic alternatives, we will need to draw out the solid plan for the availability of the alternatives and its strict implementation. This won’t be an easy affair, but, we will do our best

The Union Environment Minister also said that currently the proposal is at its initial stage. The ministry also had a detailed discussion with Uttar Pradesh Chief Minister Yogi Adityanath over the issue and he has assured all possible support for making Ardh Kumbh, a plastic-free festival.

Along with Chief Minister Yogi Adityanath’s support, the idea of a plastic-free Ardh Kumbh has also been welcomed by environmentalists.

Environmentalist Padmavati Dwivedi asserts, “It is a “fantastic decision” but the success of a policy depends on its implementation.”

Environmentalist Jagannath Poddar said, “The use of plastic has increased because public has become lazy. Having a plastic-free Kumbh would require strict implementation.” Talking about plastic-free alternatives, he said,

“There are many alternatives to plastic in this day and age, the government just need to make the alternatives more easily available for the general public.”

On the other hand, Environmentalist Shilpa Lamba, said a plastic-free Ardh Kumbh could be a “game changer.” If it is successful, it can also pave the way for making many such events plastic-free.

Ardh Kumbh Mela is scheduled to be held in Allahabad from January to March 2019.