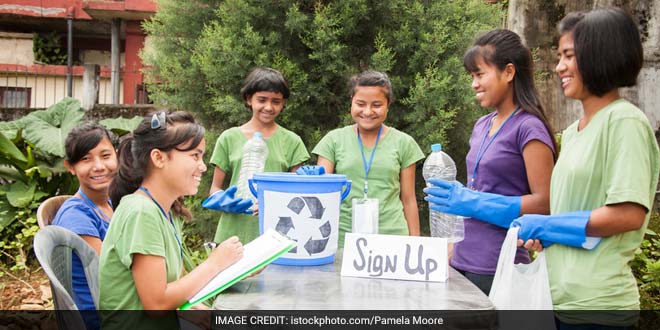 New Delhi: Common people’s mindset towards swachhta (cleanliness) is changing ever since the Swachh Bharat Mission was launched in the country, Union Minister of State for Drinking Water and Sanitation Ram Kripal Yadav said in Delhi on Saturday.

“People in rural areas are increasingly building toilets inside their houses and general cleanliness in the villages is also being taken care of,” Mr Yadav said while interacting with media persons at the conclusion of Swachhta Pakhwara (Cleanliness Fortnight).

However, he said, to achieve the targets of the Swachh Bharat Mission by October 2, 2019, the drive has to be given the shape of a Jan Andolan (people’s movement) with “active participation and cooperation of the 125 crore Indians”.

The Swachh Bharat Mission was officially launched by the Narendra Modi government on October 2, 2014, with the objectives of elimination of open defecation, eradication of manual scavenging and scientific management of solid wastes to effect behavioural change regarding healthy sanitation practices and generate awareness about sanitation and its linkage with public health.

Mr Yadav said, at present the average sanitation coverage across India is 55.73 percent.

“When the Swachh Bharat Mission was launched, this figure was 42 percent. Now, in just two years, we see an improvement of around 14 percent,” he said.

The minister said the states’ cooperation in achieving the Swachh Bharat Mission goals is imperative.

While a few states are far above the national average in sanitation coverage (defined as the percentage of households with toilets), a few others including Bihar, Jammu and Kashmir and Odisha are in the red zone, that is, below the national average.

“Although I hail from Bihar, I am saddened to say that Bihar is lagging behind in sanitation coverage. I think more efforts need to be put in the states which are lagging behind,” he said.